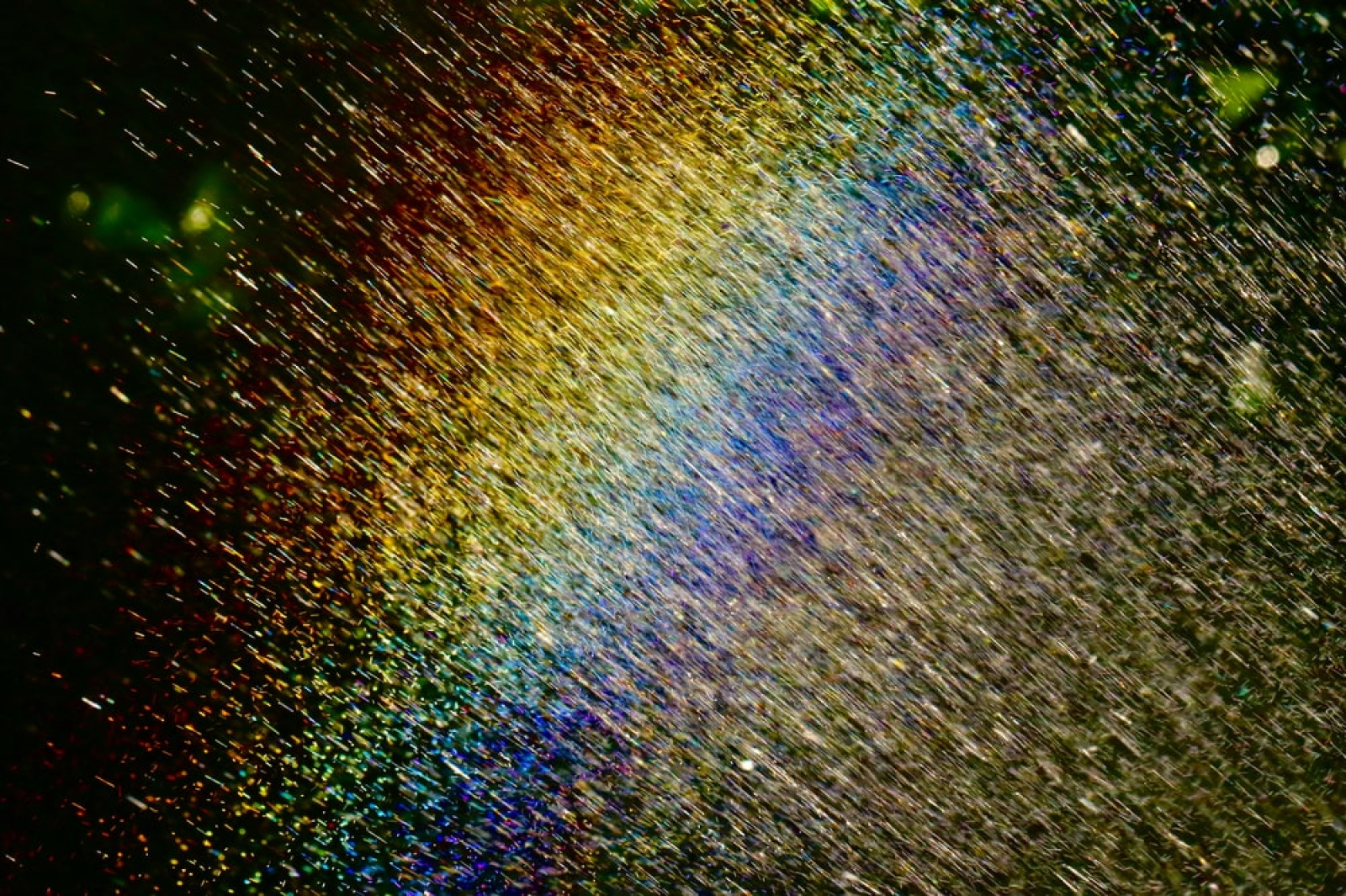 The Fossil Fuel of The Universe

The eden species is truly remarkable. Like most of the major players in the galaxy, they rely on a resource we can barely fathom. Prism is a strange substance, named for the plentiful hues that emerge when light passes through it. It can be anything really. It can be a Solid, liquid or gas. It can be made of any element in the universe. What truly separates prismatic helium from the standard variety is the fact that it isn't stable matter. It's something else entirely.   Even antimatter is in a state of equilibrium. All matter is caught in the quantum heat death of reality. The eden, however, found a loophole. By detecting and acquiring “relic matter” left over from the beginning of the universe, they learned how to bypass the quantum noise present in all matter existing in this state of equilibrium.   The random elements of quantum mechanics are not truly random. They just appear to be because we're in this state of "thermal equilibrium". Just like you can't predict the motion of thermal particles with perfect accuracy, and know their exact position, you can’t efficiently achieve any level of faster than light capability. With non-equilibrium matter, you can solve these problems, reliably communicate faster than light, break quantum cryptography, and more.

At this point in the time, most quantum matter is in equilibrium. This new physics might be accessible if the universe began in nonequilibrium. I won't bore you with the details, but understand if relic cosmological particles decoupled at sufficiently early times, they might still be in quantum nonequilibrium today and violate all we understand of quantum mechanics.   Matter within stars is constantly interacting, so you need to go deep into interstellar space to find pockets of the stuff that's still in a usable state. It's a limited resource. Once you use it up, it's gone. It’s hard to get, grants untold advantages, and is immensely valuable. Late-stage civilizations regularly went to war over prism. The eden have locked down most of the known pockets of the material. They alone know how to use it, from what I understand.   A spoonful could power the most powerful quantum computers, fuel engines for years, and even kickstart the planet wide city here on Safeharbor. Imagine what we could accomplish if we could get this planet running again.

Prism is matter, but in a state of nonequilibrium. What that means is the standard forms of physics won’t apply to it. Most of the time, it appears as cosmic gas floating in the furthest depths of space.   The main fuels used in nuclear fusion are deuterium and tritium, both heavy isotopes of hydrogen. If this fuel happens to be in a state of nonequilibrium, the fuel lasts longer and in less quantity. When used in weaponry, the prism reacts to standard matter, causing spectacular results. Naturally, this isn’t done often. It would be a waste of the resource.   In a gaseous state, light passing through will separate into a gradient of color. This is the easiest way of determining if matter is not in equilibrium. Besides that, pinning down exactly what it is and what to look for is complicated as it can literally take the form of all matter.

The easiest way to acquire prism is within a singularity. The Eden use Higgstech to literally extract relic matter from black holes. This slowly drains the singularity, meaning every black hole has a finite amount of the resource to offer.     Other ways of obtaining it include using mining barges to harvest gas clouds in deep space. This isn't just the space between stars. We’re talking is the vast empty reaches of our galaxy, further than most species dare to go.   If we could acquire this material, study it, and unlock its secrets, we would be a force to be reckoned with. Naturally, the eden are reluctant to part with it. It's vital to their entire civilization. If we are to excel in this new branch of physics, we need to find some of our own. The wayfarers have been searching for a long while. It’s only a matter of time.
Technology
Join The Void Between Discord!
Cover image: by James Wainscoat

This is some truely mind boggling stuff, and i likely butchered it, but some of this is actually grounded in science.   https://arxiv.org/abs/quant-ph/0203049

A nice McGuffin that can take a wide variety of forms to suit any narrative. I'm imagining crystals that shine with rainbow light deep beneath the surface of a planet... though that place may be a bit too stable to produce what you have described as 'non-equilibrium.'   Could be fun for characters to try and search through a bunch of identical boxes in order to find the one that's made from prism.

Ok. So, what an interesting idea, but the opening is... not great. You open with "the eden species" in an article about prism and don't mention prism until the second sentence. I can't advise doing that, especially when you've not written the eden article. You should really mention that prism is an unfathomable material used by an incredible species called eden or something along those lines.   How cow. I wish I wasn't reading this at... too late. I'm super interested by the idea that prism is a material that breaks apart the known laws of the universe through a theoretical loophole. That's such an interesting idea that I can't quite get a grasp on at the minute.   One thing that gets me is you mention the ends of the universe. Are you going with setting this in a limited but endlessly expanding universe, a limited universe, or an infinite universe? It's impossible to know what's the most accurate, but some expanding motion is confirmed by what I think I remember about science. However, as the universe would be expanding at the speed of light -- though it might be slowing down? -- then it would be impossible to find ends of the universe. Instead, you'd be met by endless nothingness as planets haven't yet formed and there'd be matter and dark matter in the emptiness.   I'm probably going to have to reread this tomorrow, but it sounds super interesting and I'd love to read more about eden and the applications they have for prism.

Id say expanding but limited universe. I'll fix up the opening for sure. Thanks for pointing that our. As far as the concept. Man this is a scientific theory i will never fully understand. The idea, I think, is that some matter may disobey the inherent probability in quantum physics. If you could remove that, we would literally know EVERYTHING. I mean this would knock quantum computers out of the water as far as problem solving and computation. All those unsolved math problems for the millennium prize (nerd is showing a bit there) could be solved in an instant. There's really no telling what this substance can do, and it's something that could actually be lingering out there. The article in the authors notes blew my mind and I couldn't even understand half of it XD Sure I did a little macguffin magic to it, but it's so abstract that it could be true. Who knows what qualities this form of matter could have.

You know, I always love the science in your articles. I believe everything you're telling me, which is probably a good thing in worldbuilding.   Fascinating and mind bending stuff. ;)

Thank you again! Yesss that's definitely good. Gotta be careful sometimes. We got a few unreliables here and there XD