The Linden Clan's leader and his trusty officer save a battle with unconventional tactics.

A/N: So we meet Sable and Kimber again! :D They previously appeared in another short story, Special Delivery. Who knows what they will be up to next? This story was inspired by a War Thunder video.

The Hummelverse and The Tanking League are my creation. All content - including art - on this page was created by me, unless otherwise stated.
Want to submit content like fanworks, ideas, characters? Please note that you are accepting these terms if you do.
Back to top
Article template
Prose
World
The Hummelverse
Category
Stories
Author
arty
Publication Date
12 May, 2020
Creation Date
12 May, 2020
Last Update Date
17 May, 2020
Visibility
Public
Views
379
Favorites
8
Comments
1
Tags
story 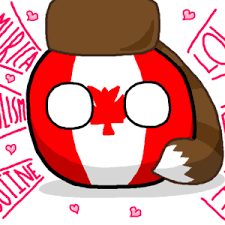 I played it.... a long time ago haha. Back when Ground Forces was in beta, I was a beta tester and then played for about another year when it came out. But I got frustrated by changes and updates they did so I stopped ages ago. No plans of coming back.