The Coarsevoice (born Lercoth, 703 — 796), also known by the pseudonym of the Wanderer, is a northern Hero, best known for creating the new Bardic Tradition during the Age of Wishes.

Lercoth is famed for his wit and guile and thought of as the spiritual Father of espionage.

It is only through Famistan Donsantz meticulous note-taking and journaling, who was perhaps Lercoths dearest friend and confidant, that we know of Lercoths life.

When I asked: "Where you surprised about the Lich in the cellar?" he answered without hesitation: "They say: People of the same kind stick together. Having Shaleavar in the Cellar was to be expected."
— Excerpt of Famistan Donsantz Journal

After surviving six years in the destroyed city of Belvenille without talking to anyone, all while breathing in the heavy dust and damp dungeon mist, Lercoth found that his voice had changed dramatically. His previous acceptable singing voice had changed into a hoarse bass, more akin to that of an actor portraying a ghost.

This voice was so unique to Lercoth that it became the base for his nickname: Coarsevoice

After staging his Death, Lercoth took on the Persona of the Wanderer. He would use this nickname until the fall of the College of Laymen with Ancaryn Redbeedle which had originally put out a Contract on Lercoths Head.

Lercoth would never truly leave the remains of Belvenille behind.

While it is alluring to attribute his gaunt figure, soft manners and controlled affectation to his work as spy master and head of the Bards College, it becomes apparent from Famistans recollections that it was in fact because of his long isolation and daily fight for survival while at the Ruins of Belvenille.

Official documents and reports describe Lercoth as a man of astounding calm and otherworldly presence while seemingly appearing out of thin air at other occasions.

Information restored by removing corrections found in Famistans documents, revealed that he might have also suffered from frequent nightmares and the inability to eat a full meal. 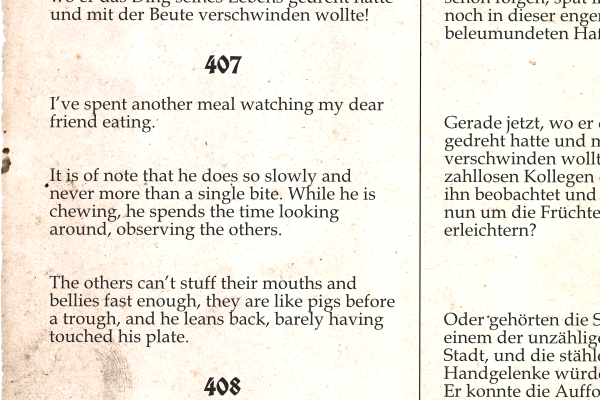 The Friendship between Famistan and Lercoth started off on an interesting foot.

Lercoth was fleeing from the Ruins of Belvenille when Famistan in the Guise of Villeneuf, tried to sell him to a Slave-Master. Severely underestimating the emaciated Man (who had to fight Undead daily for the last six years with nothing more than his hands and feet), he found himself knocked out and the Slave-Master killed.

Lercoth would take him to the Everymen and collect a hefty bounty.

A year later they would meet again a day before Famistans execution by hanging. For secrets about an affair the local Duke had, Lercoth wouldn't set Famistan free but was offering a carefree and secure live in a golden cage in the depths of the rebuilt City of Belvenille, to which Famistan agreed.

As Famistan was essentially a dead man walking, Lercoth felt that only he could be trusted, which lead to them becoming friends and confidants.

The Everyman where Inquest first crude attempt at an Assassins Guild. While reading Famistans Journals, one might easily forget that at Lercoths Time, his Approach to Problem-solving was quite novel, as it was quite more common to just send a group of big burly man to "pacify" troublemakers.

As Spells of Communication also were only invented 25 years after Lercoth had died, there wasn't yet a convenient method of sending information over long distances. Shoreboats or Landskiffs would take weeks or months to move letters and announcements to the next major city.

The most important historic aspect is, that the Everyman consisted of local henchman of varying quality. It wasn't uncommon to find the abilities and services provided to change drastically between regions.

After the new Bardic Tradition had been established, both spent long evenings together talking about Business, Emotions and Music.

Lercoth was a sickly child unfit to work at his parents mill. Instead, he liked to sing and entertain. After his mothers death in childbirth, his father provided the funds for at least a start with a formal education in the nearby School City of Belvenille by selling the mill and family home.

In the year 720, a bardic Education (and in extension the career) was only available to the Aristocracy and Children of rich merchants. Nonetheless, Lercoth attracted attention while working as Simple-Singer and sold himself into bond slavery to the grounds master of the School on the Promise to be able to listen in on the lectures after work. The grounds master shouldn't honor this promise.

During the first 3 years, Lercoth was treated with contempt and openly mocked for the idea of even attempting to learn to be a bard.

Famistan notes that his friend frequently stopped talking about his early life, even mid-sentence, while having no issue discussing the downfall of Belvenille or his various other crimes and assassinations.

It is often debated what the intentions of Lercoth really where, and it isn't clear how reliably Famistan is, in this regard.

Some critic voices explain that the new Bardic College was just another node in the intelligence network Lercoth had installed through his work at the Everyman and later the College of Whispers.

As such, the most reliable information about Lercoths motivation is still Famistan, meaning that while Lercoths profession might have been more akin to an assassin and spy, he wanted to enable anyone willing, to become a bard.

An End to the Colleges

Another often voiced critique about Famistans Journals is that all Colleges are destroyed through means that mirror their respective talents:

Famistan mused about this himself, chalking it up as being an Irony of Life.

Famistans recordings do not encompass his fate. From other sources it can be derived that he left Belvenille after serving as its de jure Headmaster for many decades. It was an open secret that Famistan took loving care of the College and its Pupils from inside his golden cage instead.

At the same time, a character with similar description appears in southern History, albeit just as an wandering Bard.

By Bardic Tradition, Lercoth is still missing and explicitly not declared dead.

Each Year at the Graduation Celebration, the current Headmaster will sit with the young Bards, Laymen, Minstrels and Poets instead of sitting by his Colleagues, to leave his Seat free in Case Lercoth should return. 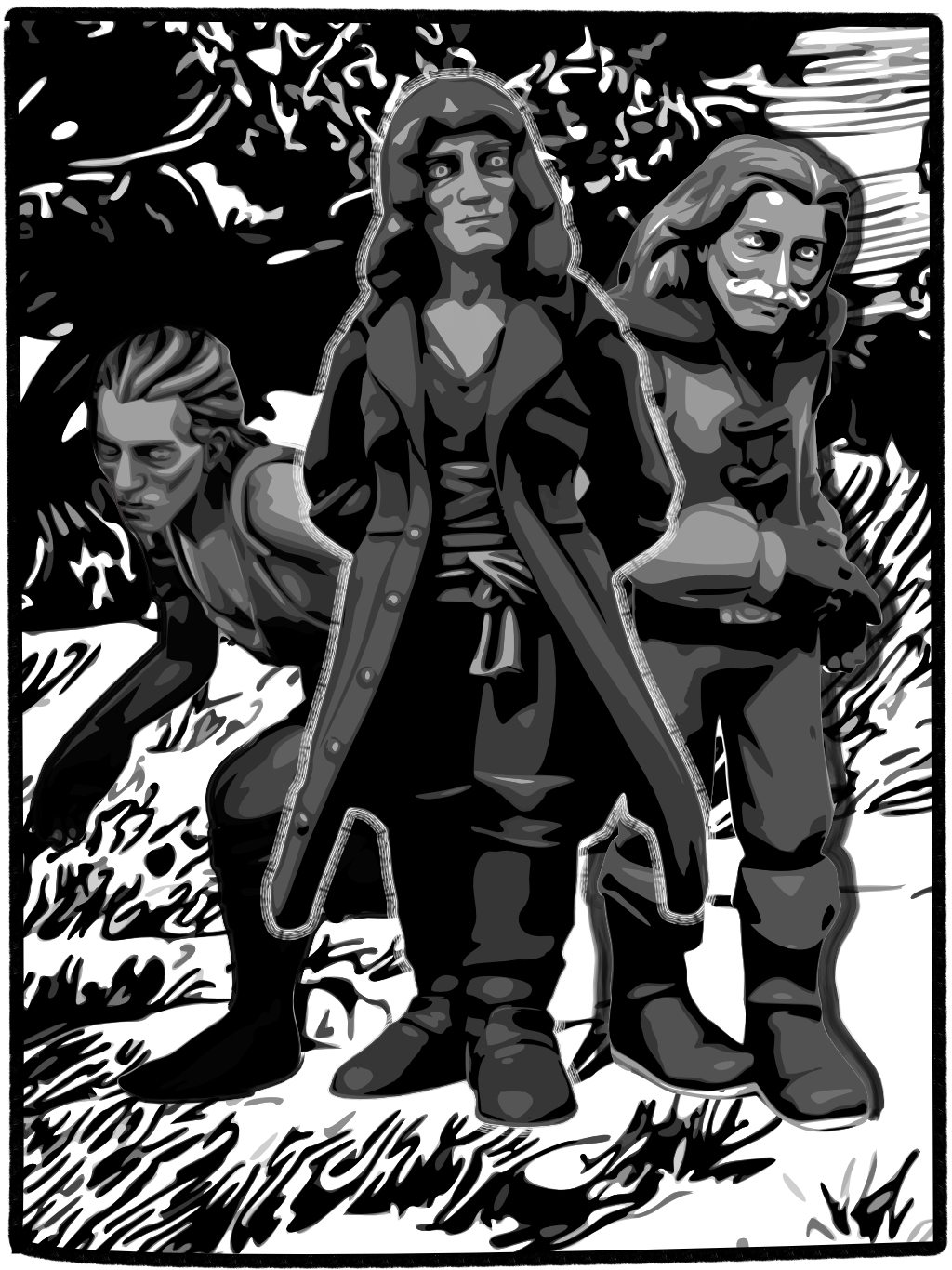 Lercoth preferred to dress practically and was known for wearing clothes made from thick dark cloth which was specially treated to remove as much noise as possible.

Later in life he tasked a dwarven Smith to create a Rapier from a special bronze alloy that reflected almost no light, allowing him to use the weapon at night without drawing too much attention.

Reading Body language and patterns was Lercoths specialty. He himself changed his way of moving and habits regularly to avoid being ambushed. 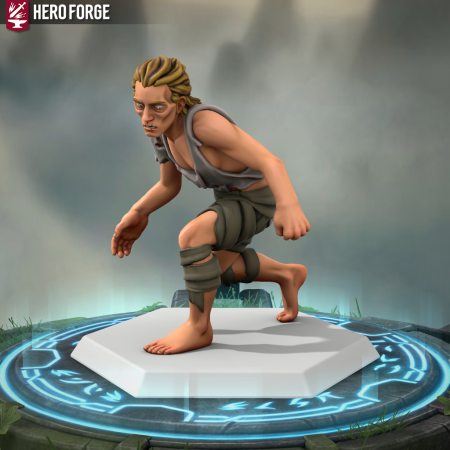 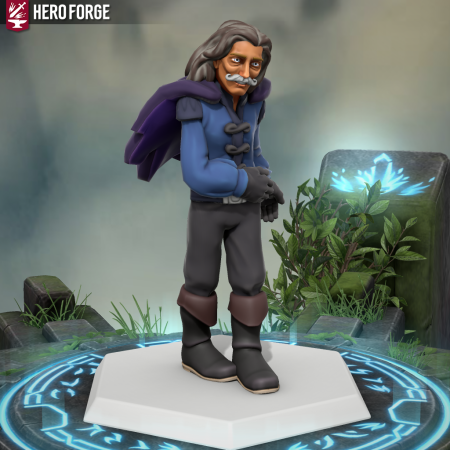 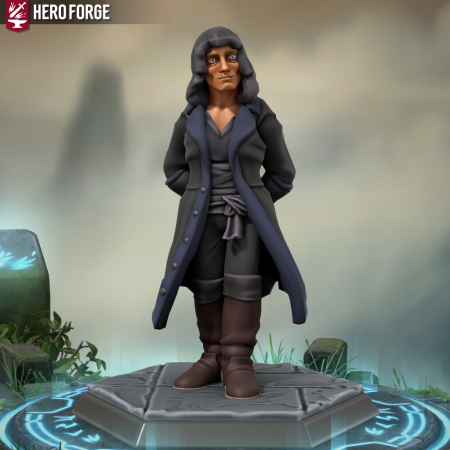 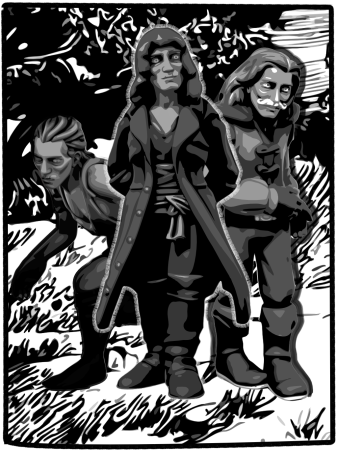 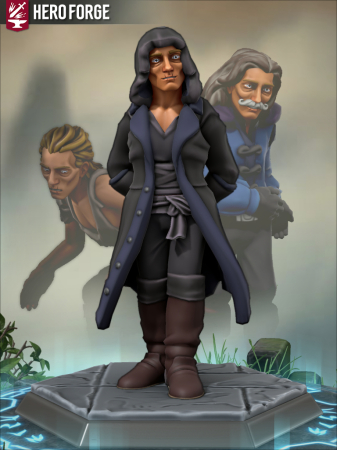 Lercoth sounds like a fascinating character with an equally interesting past and world they belong to! Nice article.

Thank you very much for your kind words! Sadly I was a bit short on time because of Life, so there's a bunch of Content that I will add after the Contest has concluded :)