The Undead of Inquest or sometimes referred to as the Restless or the restless Masses can be described as a Species, Culture, and in some Cases Religion. They are beings that are deceased but behave as if they were alive.

The fastest Way of becoming Undead is by being raised from the Dead by a Necromancer, but there are other more uncommon ways too. Dying while experiencing great emotional trauma, having a strong will to live on, or dying in special magical flows or fields, can be sufficient.

Involuntary reanimation by other parties

As with pregnancies, it is far easier to spawn life accidentally than by preparation and repetition.

A person who wants to become Undead after their life has ended, usually charters a stay at a Necromancer who will mentally and physically prepare the living and care for the Undead Person until the transition is complete. 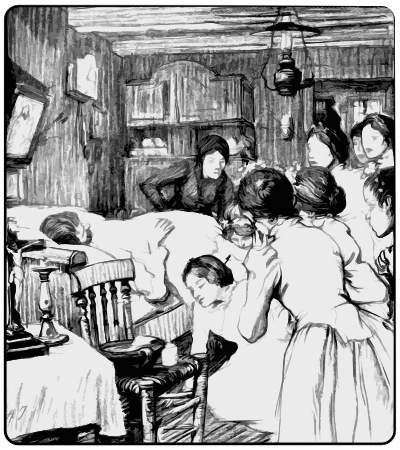 Untitled by A. Jank

In contrast to this practice, vicinity of other parties (such as bereaved at a funeral) that accidentally work themselves up to a chant or ritual like behavior, may inadvertently anchor the Essence back into the body, thus reanimating the just deceased.

While such occasions have become quite rare (due to the widespread fear of having this situation happen), many funeral homes and cemetery administrations offer specially trained wardens that calm or remove guests as is appropriate and necessary.

Undead seldom live forever, their Bodies will never heal and most rely on regular visits to Practicioners to keep up their appearance. As every day life diminishes their strength through wear and tear most Undead choose eternal Death after 80 to 100 years or become Incorporeal Entities.

The exact mechanism of doffing one's physical form like a dirty shirt, isn't understood and many scientists have given up on finding ways to even study the phenomenon. Most Undead (in both forms) describe to gain the necessary information the moment it is required. Because of this, the common belief is that it is a function of Essence itself.

The Transition is always from a corporeal to an incorporeal existence.
They, however, can happen immediately in short succession to each other.

The Act of becoming Incorporeal is instant and without pain.

However, a significant number of Incorporeal Beings describe having fits of panic, nausea or general unexplainable dread shortly after the transition, probably due to the lack of all sensory input. 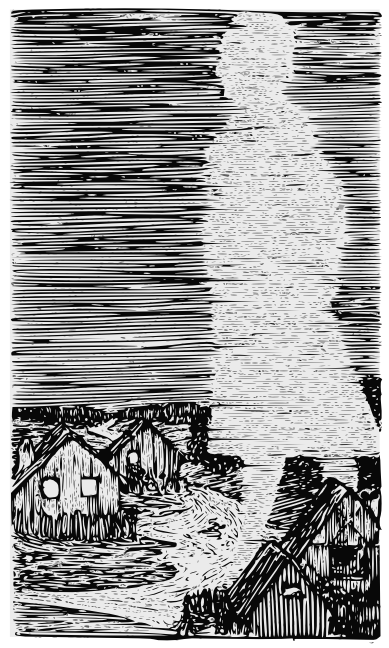 Free from earthily shackles, some Egos can't be contained in small bodies.

As with physical Bodies, Incorporeal Existence is a constant Drain on the Psychology of People (or in other words: their Essence).

Without a body, all sensory perception is greatly diminished or lost completely. Many rely on memory alone to navigate the world, ignoring new built walls or using stairwells that no longer exist.

As time progresses it becomes harder for them to follow simple conversations, or they become incomprehensible.

The oldest existing incorporeal beings were not older than 200 years which implies a natural fading away of Essence.

Additionally, strong enough disruptions of concentration (such as impacts by magic weapons) can cause a spirit to spontaneously vanish.

Life and Undead Life can both be extended through the same means: The absorption of another individual's Essence.

In comparison to the extension of Life that requires a great magic potential and an equally great pool of essence (such as found in many young individuals) the mere presence of an Undead near a life ending can lead to absorption.

The absorption of other individual's essence is an involuntary action that the receiver cannot redirect, stop or even slow.

In most undead social groups even absorption of a willing essence donor is a taboo of varying severity.

The Anatomy of an undead Individual is coupled to its remains.

Undead are sterile and without the positive reinforcement of hormones their drive for reproduction and the involved physical activities is lost to them.

To create a new Undead, a living being needs to end its life and be reanimated.

Of course do the Undead reproduce! The gestation just takes 60 to 70 years, a little shorter if the unborn smokes and drinks, and happens completely without participation and knowledge of the parents.
— Dr. Simon Threthaller, (OB/GYN), Ivers Hospital

After 80 to 100 years the Body of an Undead will be almost impossible to repair. Some choose to then leave their shell behind and spend another 100 to 200 years as an incorporeal undead.

In comparison to non-reanimated bodies, weather, temperature or precipitation doesn't appear to have any additional adverse effects. The Undead feel quite at home in any type of terrain.

For Historical reasons most primarily undead settlements are in situated in areas of Inquest that are of little or no use to other living creatures such as the Province of Earhia on the second south-east Peninsula.

The Undead do not require sustenance or drink. Still, many enjoy both while their body is intact enough to contain it.

Undead don't have a digestive system, as such it is imperative that all matter added by consummation is removed in a timely manner.

Leakage, unpleasant smell or stench and even explosions caused by fermentation of forgotten biological matter, do happen quite frequently.

Every passing day is a drain on the Essence of an Undead, which in turn means that she becomes weaker with the progression of time.

Without constant focus on the own person, which can be either a subconscious or active process, any Undead will slowly fade away.

The core of undead Society is a wide variety of pressure and interest groups around topics that occupy undead Minds.

These groups usually consist of like-minded families which are in itself built from Undead that think or feel alike.

Villains and Heros alike, pray on the Undead as they are susceptible to being magically influenced into subjugating to them as Minions.

Many Undead prefer to stay away from living beings out of fear of becoming enslaved in such a manner.

While Undead can be found virtually anywhere on Inquest the Province of Earhia houses the only explicitly undead Settlements.

Physically, Undead shouldn't be able to get any sensory input as their body is quite literally dead. During death, a persons Essence creates a copy of the individuals bodily state and simulates the same abilities.

Luckily for the deceased, that implies that none of the senses deteriorate with the body but with the Essence instead.

Without a gag reflex, most newly created undead are happy to report that, most smells, no matter how vile, are no longer bothering to them.

While with the living, Undead prefer to wear clothing that best hides their state of decomposition and aid in movement. Depending on the Body type many choose flowing robes, shirts and toga equivalents.

To many visitors dismay, when Undead are with their own, they like to show what remains of their bodies and prefer to go undressed or just the barest minimum of cover.

Being present during another living individual's death, even if no absorption happened, is considered a grave insult to the late person's family, even if the proximity was unintentional or unavoidable.

The bloody fights of the Release of Prosenial marked the greatest influx of Undead in the History of Inquest, doubling the Population Size and lead to a global commingling.

Having at least some Undead in one's neighborhood is nothing special. 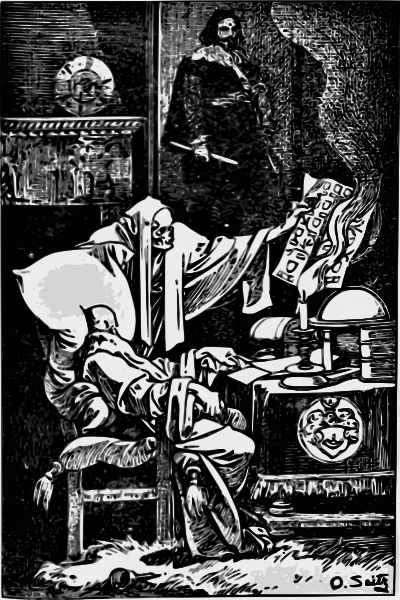 Pale and in severe cases gray

Related Ethnicities
About the People