Can you hear the wind in the leaves?

I hear it again, the dreaded tapping on the outside of the hull. We are mid flight. What could possibly be tapping with such rhythm. I found the babushka doll this morning as well. She was dressed in black, with a painted skull for a face. I fear for my life. The Dutchman comes for me, and the worst part of it is I don't quite understand why.
— General Aleksei Sokolov

The Vermilion Garden was a military installation located in Ukraine. Under the Red Sky, the leading scientists of the surrounding Nations came together and hopes of creating elite units of enhanced soldiers capable of operating an airship on their own with no other crew members involved. They experimented on would be candidates who are often between the ages of 8 and 20. Their hopes were that by exposing these children to raw Aether, they would be able to develop a natural immunity to it. Does natural immunity would allow for them to develop unique connections to an Aether engine, allowing them to assume full control of any system connected to that engine. The program developed specialized airships with automated systems that could be controlled by someone connected to the engine.

The project is widely considered a failure not only due to its moral implications but also the fact that its success rate was remarkably small. For every batch of 30 individuals brought into the complex only one or two could be expected to survive experiments and even then there was no guarantee that they will be able to successfully pilot a ghost ship, as they were called. According to the program's last reports, a total of 400 subjects were able to successfully link to the ship's controls. These individuals were placed inside of cryogenic hibernation cats, a new technology in the world, and or put on Ice until they were needed.   In the present day they have escaped the confines of their vats and transformed the Institute into a small settlement and are actively seeking Revenge alongside the other houses of the red sky. They make up the house of Bones and are the primary ghost story told by those who travel The Red Sky. .


Why did they have to be children? According to the research of Dr. Kines, it is the fact that they are still developing. The Aether exposure could develop immunity and allow the children to develop their abilities further than the use of little trinkets in brass locks. The first batch of subjects came to the facility. Some were willing, homeless and on the streets in the dead of winter. Some were not. Ivan spoke against it. He even punched Kines in the face and knocked him to the ground.
"They're just children." He screamed, spitting on Kines as he tried to recover from the blow. The soldiers didn't even bother. They shot him, and not to kill. They took out a knee, then the other. Working their way up until the man begged for death... They didn't give it. They watched him suffer until his final breath.
We were all scared. We wanted to intervene but sadly there were more bullets in those guns than there were bodies to fight. We do what we can. Taya has started talking to me again. She loves the idea of painting dolls, though she isn't as good as the others. I tell her stories of our people, the brothers of black and white... God Forgive me... Please don't take her too...

An enigmatic figure who ran the facility, Dr. Kines was the man responsible for the entire project that the facility sought to complete. The Ghost ships were his idea, as was the insistence on using children. Based on reports, medical records, and journals left behind by the staff, it was clear the operation was more complicated and that those responsible were more than just "more evil Russians."
Based on what the children remember, it is theorized that Kines was, in fact, English.

The complex produced approximately five ships every year in the 30 years they the complex was active. It also produced around 400 pilots. The pilots received the best training that could be offered at the time and in more than just piloting and navigation. They are skilled in combat with a variety of different weapons and have unique intuition and empathy, allowing them to almost instinctively determine whether or not somebody is hiding something from them or whether their intentions are less than kind.   This comes at a cost, the subjects often suffer from several mental disorders depending on the subject. They are also incredibly emotional, and prone to outbursts. Their empathy has shown to be just as much of a liability as an asset. In one experiment a subject killed one of the orderlies and immediately broke down into tears as they remembered a conversation they had with said orderly about his family who is now forced to live on without him. The child in question was inconsolable and impossible to communicate with for 3 weeks and was catatonic for almost eight months afterwards.

The House of Bones routinely leaves nesting dolls for their greatest enemies to find. On more than one occasion, these dolls are left in a Russian officer's room while they sleep. The members of the house do this weekly, leaving the next smallest doll, and then the next, until the last doll is left behind. This is meant to be a clock of sorts. It counts down how much time the House of Bones will allow you to remain on this earth. 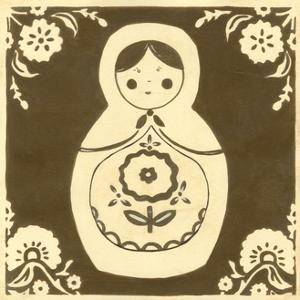 The dolls are a symbol of the horrors they experienced. The dolls were a form of therapy for the subject, who were given a canvas and told to paint what they feel. many of them are still children and retain a strong, if a bit dark, sense of humor.
They often leave these dolls behind as a game. They want to make those who would be their enemy weary of crossing them as well. sometimes the dolls are truly just a gift or a reminder of their existence.

The settlements is off the map and very few people know where it actually is. The House of Bones goes to great lengths to ensure this. Anyone who enters their space without good reason is usually shot down on sight whether they have seen the facility or not. The Vermilion Garden is located somewhere along the Crimean mountains and all those who frequent the region caution newcomers from flying near the area. Various legends have emerged pertaining to the Garden. They tell of ships that appear and disappear just as quickly leaving nothing but destruction in their wake. They tell of horrifying experiments and the children who became victims of them. It would appear that The House of Bones use this to make control of their territory easier. Most refuse to even engage them in battle out of fear. While some of these legends are based in fact, some are not. The abilities they have are often exaggerated. Their abilities are usually internal dealing with perception, intuition, and even psychic power. Some do, however, exhibit extraordinary gifts. These powers are often likened to that of Quantum Keys.

Currently the settlement consists of many small shacks made of metal and wood it's around the complex and also exists within it. There are almost 600 people living within the complex including sympathizers the children themselves and the children of those that have already grown up. These newborns have already begun to exhibit abilities of their own and have a connection to the Aether much like their parents. Scientists and doctors inhabit the complex, monitoring the subjects in hopes of finding a way to alleviate any problems that came from their experimentation. It was not always like this in the complex itself has had an interesting history.


The House of Bones

The house of Bones operating the Vermilion Garden and are the only people who live in the settlement. They are children ranging anywhere from 8 years old to 21, having aged over the last few years since their awakening. They are considered something best avoided especially by those who share their Skies. Their abilities as well as there uncanny skill in flying their ghost ships has led to the untimely death of many unsuspecting victims.

The Institute was founded on an unknown date, kept secret by those that built it. It was built under the guise of I'm military Airship Factory to avoid wandering eyes from the locals. There is a fence surrounding the entire facility though presently that fence is in dire need of repair. Shortly after its founding disappearances of children throughout Russia and its surrounding nations begin to climb to an all-time high. Few even attempted to investigate, as the fear of being shot overcame the curiosity.

The first ghost ship was built to be operated by a young teen who showed alarming success in the program. He displayed high resilience to the experiments and He grew more intelligent every day. Initially, the ships were called matryoshka dolls, as the vessel would contain the children and provide protection. This name is likely where the tradition of leaving nesting dolls for their enemies came from. The change to Ghost Ship, and the naming of the first of its kind, is a result of the first connection with the young protege and the vessel. He died almost instantly, But his mind was grafted onto the vessel. Those in the facility knew nothing of this, and continued to connect promising subjects to the ship. One after another, they died, and as their minds unified into a single consciousness, stranger things began to happen to those on the vessel. Personnel would run out screaming about "The bodies in the walls" that torment them.
By the time that they realized what was growing in The Bone Collector, they condemned the vessel, though they never found the courage to destroy it. The House of bones use The Bone Collector as a support and command vessel. It remains outside of battle, observing enemy tactics and responding in kind.