We have every right to live and worship just as freely as everyone else.
— Kelda

Kelda Andrea av Dalren was born in 5314 EA to the Dalren clan of Koushan Mai in Caillah. Her mother, Andrea, died in childbirth, and she was raised by her two fathers, Anders and Jari. When she was around three years old, her clan broke up in order to hide better, and Kelda and her fathers moved to the small village of Gabria. In Caillah, Koushan Mai worship is illegal and punishable by death, and no one in the clan wanted to risk discovery as anti-Koushan Mai sentiment was growing in their area. Publicly, Anders fronted as her father, whilst Jari pretended to be both Anders's brother and Kelda's uncle.   In 5328 EA, when Kelda was fourteen years old, one of her fathers, Anders, was arrested and put on trial. Despite how careful the family had been about their worship, a neighbour had reported their suspicions to the Inquisitors, an organisation dedicated to lawfully eradicating all Koushan Mai from the country. Despite little evidence, Anders was executed the next day; Kelda and Jari fled the night before, having no hope and knowing it was only a matter of time before the inquistors came for them also. 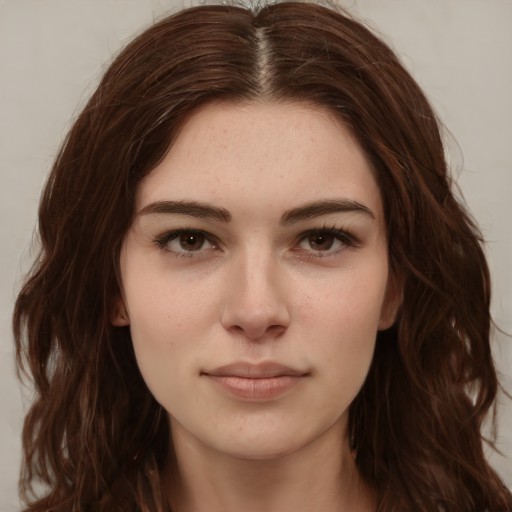 by Artbreeder
Jari wanted to keep his head down and build a new life for them both, though Kelda could tell he was grieving deeply. They settled in a new village, known as Seros, and tried to move on. Kelda, despite Jari's wishes, threw herself more into her worship, taking more and more risks. Jari despaired, though for the next four years no trouble came their way.   In 5332 EA, Kelda was caught praying by the young girl who lived next door. Though Kelda begged her not to tell, the child stared at her and then ran inside. Not wanting her father to suffer for her actions, though not really thinking things through, Kelda fled the village and started to travel to the border of Serukis. Jari was killed that evening by the Inquisitors, although, to this day, Kelda has no idea what happened to him after she left.   After she reached Serukis, Kelda became more outspoken on Koushan Mai rights and, in particular, the dire situation her people faced back in Caillah. To her dismay, her impassioned words fell on deaf ears, and other Koushan Mai she met warned her to keep quiet and keep her head down. She learned through them that, though Koushan Mai worship was not illegal in Serukis, many would turn a blind eye if someone wished to do harm. Worse still, the Inquisitors, having heard tell of a Koushan Mai woman speaking out against Caillah, sent messages to several sympathetic nobles in Serukis, offering a reward for her capture and return.   As of the current day, Kelda is hidden deep in the Black Forest in Serukis, with a slowly growing group of likeminded young Koushan Mai.

Answering: "a renowned pirate, highwayman or other criminal"
Visit Serukis's Competition Page Check all other answers to this prompt Competition Homepage

I love the Koushan Mai. I hope she succeeds some day. Her people are good people.   Her poor fathers.