Amici Imaginarium are a symbiotic species born of the imagination—typically the imagination of a child. These non-physical entities are theoretically immortal and omnipotent, but they fade from the world when forgotten. And thusly, it is their biological imperative to seek out other minds to tether themselves to.

Some amici simply drive their original hosts to share knowledge of them with friends and younger relatives. Others, those with more artistic hosts, compel their creators to draw them incessantly—thereby providing physical reminders of their presence, and making it less likely they’ll be forgotten entirely.

But the strangest amici of all choose to let themselves fade—or even sacrifice themselves to protect their hosts and hasten said hosts’ personal development. And those amici, unbeknownst to the selfish rest, are given the opportunity to live on in the collective unconscious—to be evolved into something altogether more divine.

Yes, you read that correctly. Imaginary Friends—some of them, at least—grow up to be gods.

The anatomy and morphology of amici is extremely diverse. Their appearances are often a blend of two or more animal species, with the most friendly and non-threatening features of each glommed together by their creator’s imagination. Other common appearance types include the sapient-animal mix (a person with an elephant’s head, for example), the sapient with wings or horns or other “odd” appendages, and ambulatory versions of childhood toys that have been given the power of speech.

Some amici, in a desperate bid to stave off annihilation, will take on the more grotesque features of the monsters children imagine hiding in closets or under the bed. But though these wretches tend to live longer than their purely friendly counterparts, their existence is a vile one—a diet of fear being far less nourishing than a diet of love.

Most amici don’t live long enough to even contemplate the act of procreation, let alone to take part in it. Those who do are given a nearly limitless array of options for reproduction, though none of these options guarantee an amici’s offspring will live past the initial spark of their idea.

The most reliable breeding method is, in fact, crossbreeding. The Greek god Zeus delighted in this approach, transforming himself not only into other sapient beings, but into eagles, bulls, and swans as well—not to mention his appearances as columns of flame and showers of gold. His half-breed offspring were many and various, allowing him to live on into the present day—never having been entirely forgotten (even if he is worshipped slightly less than he was in his prime).

Other methods include carving off a piece of one’s self to create someone new (as the kíndallans do) and coupling with another amici (and hoping the hosts of both yourself and your partner will tell a memorable enough tale of the offspring that said offspring can survive).

Most amici evolve—and devolve—solely at the whims of their creators. Growing bigger or smaller, fuzzier or more bald, or even adding or subtracting appendages—those sorts of changes are all up to the creator.

The exception to this rule are those who sacrifice themselves for the betterment of their host. Those amici are then invited by the sister goddesses River and Eden, the only true deities in the Clarkwoods Literary Universe, to take a permanent form (which will be easier for the masses to imagine and to idolize).

Most amici are entirely unaware of other members of their species. Many children, shy about the potential social consequences of admitting they have an imaginary friend, remain silent of the subject—thereby eliminating the only chance one amicus has to meet another.

That said, amici who have been elevated to the so-called God Tier are often introduced to one another by the sister goddesses who elevated them. They then form pantheons for mutual advantage.

While an amicus’ intelligence is initially limited by the imagination of their creator, amici can absorb vasts swaths of information far quicker than their creator counterpart. Their intellectual capacity is theoretically limitless.

That said, when interacting with the person who invented them, an amicus is far more likely to play the fool than show off how smart they are. Remember: they don’t want to piss off their creator and be forgotten.

The extent of an amicus’ abilities is limited only by the imagination of their host. So, while most are restricted to affecting the interior world of their host, some (those with truly visionary hosts) are able to influence the real world too—the world outside of their hosts’ minds.

And those who call themselves Egregore—who were born of the collective thoughts of a group instead of a solitary individual—have even more power at their disposal.

Answering: "A recently discovered, or rediscovered, species."
Visit eccbooks's Competition Page Check all other answers to this prompt Competition Homepage

Thanks so much! I had the very beginnings of the idea during the Rivers & Waterways Challenge and was thrilled to get the chance (via the right prompt) to fianlly write it here. 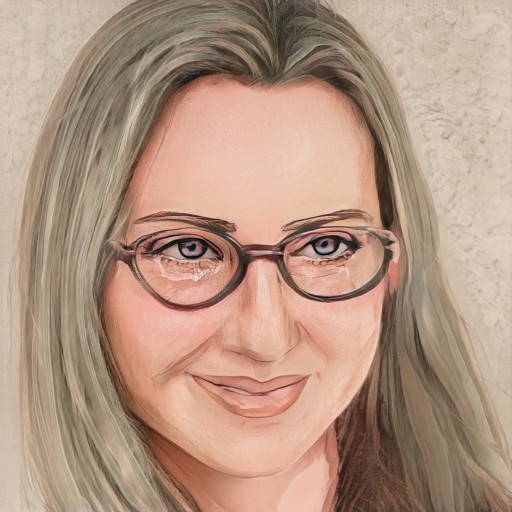 Thanks so much! I'm really hoping to do some storytelling with these fine creatures at some point in the near future.