Wil and Airy were standing around a table in the first-floor classroom. The space was bright and well-lit. Books overflowed from bookshelves that lined for walls in the front of the room. Desks flanked the central table for each apprentice. The pair were studying a piece of parchment with a series of symbols on it. They finally had a real-world assignment! The last few months were a blur. They repeated complex patterns, fine-tuned their concentration, and read every book in their teacher's library. Antum, their teacher, had been pushing them. 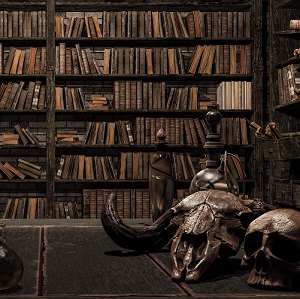 The Etonia Wizard Network needed more hands, more minds after recent losses. Antum's previous apprentices had both disappeared along with other wizards in the forest. Wil thought about his mom's concerns as they worked on a project that was sure to lead them into bigger things. She had been apprehensive about letting him study magic because of the disappearances. Lavani convinced her that the need was urgent and that she would keep an eye on Wil.

The pair of apprentices sprinkled fine peach-colored dust on the parchment to enhance the symbols. While they waited for the effect to take hold, Will thought of the other wizard in the tower, Fassad. He was traveling the forest, completing missions for Lavani. A few days ago, he returned with this charcoal rubbing that his apprentice had done. They came across some ruins and discovered the symbols. Fassad had suggested the writings maybe a description of how to use a device. He had found the symbols on a dais that, at one time, was inside a central building in an ancient city.

Wil and Airy were to identify what language the symbols on the rubbings represented. Yesterday they had compared the symbols to dozens of known written languages. They had focused on variations of Orc and Goblin since there were Goblins in the forest now, and at one time, there had been a large Orc civilization. They were not making much progress. They could find one or two matches but nothing more complete than that.

Airy hit her frustration point first. She slammed the last book she was referencing closed and threw it against the wall. Will didn't have to duck, but he did anyway.

"I don't know if that helped." Wil pointed out bluntly. 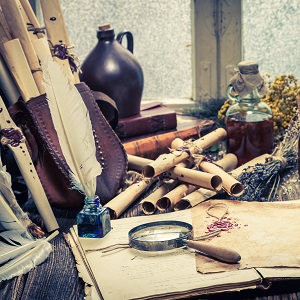 "It helped me." Airy replied.

"Airy, when you were captured." Wil started slowly. She was from another one of the villages in the forest, one that had not faired as well as Montsilt. She had been visiting a friend's farm when they had all been kidnapped. She spent several days in an underground stronghold. The family and Airy were rescued and brought to Montsilt. She has not been able to contact her parents. Wil knew she was struggling with all that had happened. She had been opening up to him, so he pressed forward with his question, "Who do you think built the stronghold you were in?"

"I didn't see anything smart enough there that could have built it. The others talked about it being built by Dwarves or Elementals. Any writings or engravings were probably eroded or looted." Airy's answer was matter of fact, hiding any emotions she felt.

Looking Through The Problem

Wil was part elf. His mom worked at the Holmes Tavern, ran it with her current husband. Wil had never met his birth father, who was also half-elf. There weren't any full Elves around in the forest anymore. They had all left. Called away was the rumor. After that, a powerful nation arose. They plundered the land and ultimately lost everything. What if they had not constructed the ruins. Could the Elves have been the builders?

"Airy, maybe we are looking in the wrong books. Like the stronghold, the ruins could be older than the people using them."

Montsilt
It Is All About The Bones

Answering: "a lost or ancient language"
Visit George Sanders's Competition Page Check all other answers to this prompt Competition Homepage