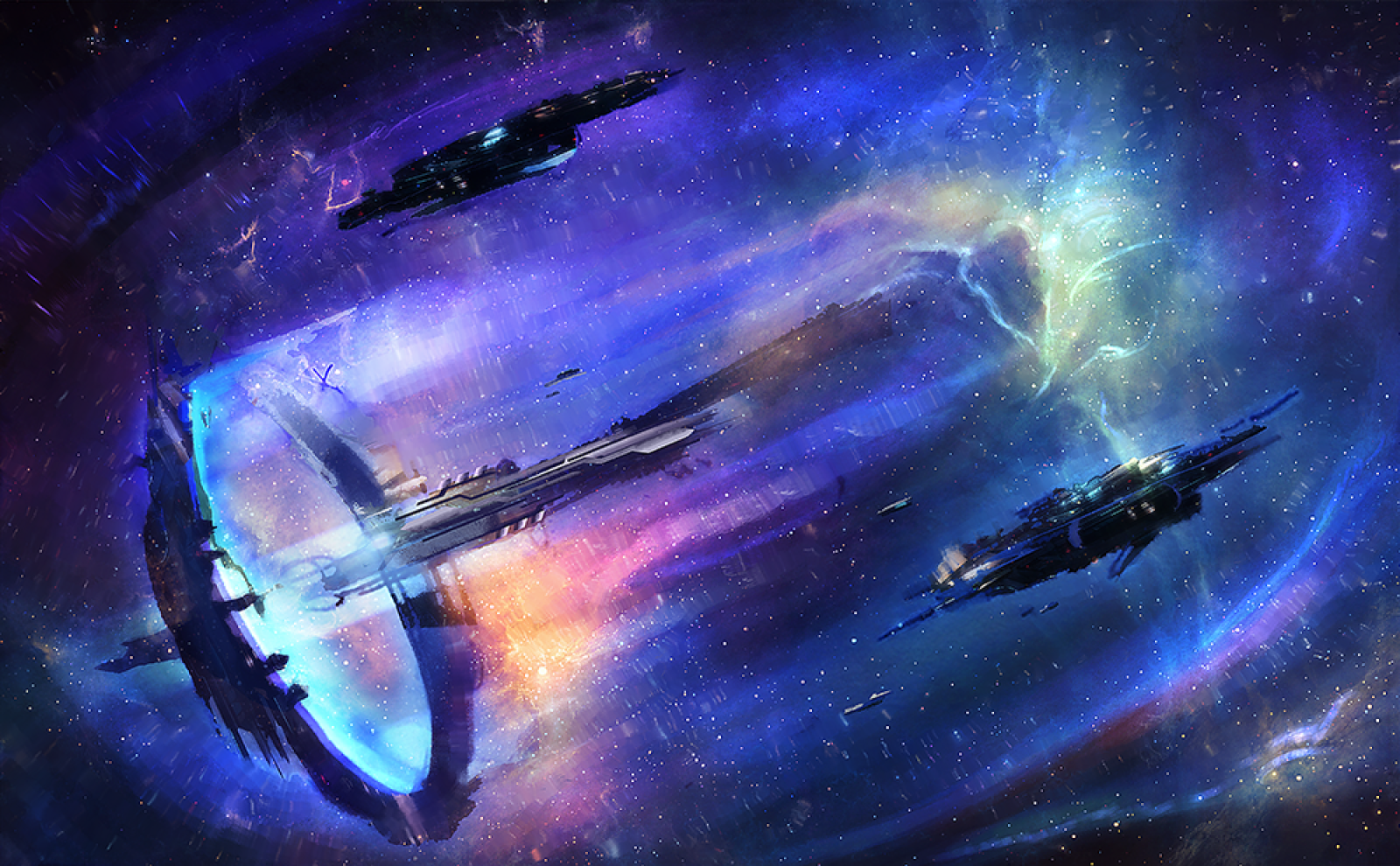 Losing their technology that would allow humanity to travel faster than light a new process had to be made. This came from the Contacted, more specifically the ones who were contacted with the void. Unlike the other 10, Void is most effective in space and in spirit realms. One of the Contacted abilities to access the Void was found out to be use for long distance travel. The only Prerequisite was they had been there first. This lead to the Void Gate Project,   The Project had two parts a section would construct a station dedicated to the Void Gate large enough to fit several ships. The second part would fly to pluto's edges and construct another there. The project was a success and this lead to the Pluto becoming the launching point for further exploration beyond the belt.   How ever there was a problem with much more vast distances. Even though the time perceived while going through the void is instant to humans. it is not to the creatures and spirits already living in the void who are very territorial to things that aren't void based. At first it was small creatures attacking the ship which didn't do any harm to the ship. until they rode it out of the void. Wasn't a big deal until something bigger came along and did the same thing and Void creatures can survive the vacuum of space.   This lead to the void gates being unused until a solution was found. This lead to more spiritual study and the fact that the void would ignore you if you were of the void yourself. Like Void mancers or Contacted.   Though using legions of Contacted every time they wanted to travel was running its course until they found there answer, Agolbathite. Well not just any kind it had to be Agolbathite that was attuned to the void. They got lucky in finding one in the asteroid belt but that's only because it was floating "out of the asteroid belt on it's own. Scientist found that they are being pulled towards nearby black holes from ...where ever they are, so finding one floating in space is all luck. While if you happen to be by a black hole and not die you might see this rare material and are able to get it before it passes the event horizon.

After the initial failure of reverse engineering the alien hyperdrive, humanity sought another way of faster than light travel. This came from the contracted, Ironically. those who contracted with the void have the greatest ability to warp to places they have been.

Access & Availability
Accessable but limited
Complexity
It needs two parts to work a starting position and ending destination.
Discovery
After the initial failure of reverse engineering the alien hyperdrive, humanity sought another way of faster than light travel. This came from the contracted, Ironically. those who contracted with the void have the greatest ability to warp to places they have been.