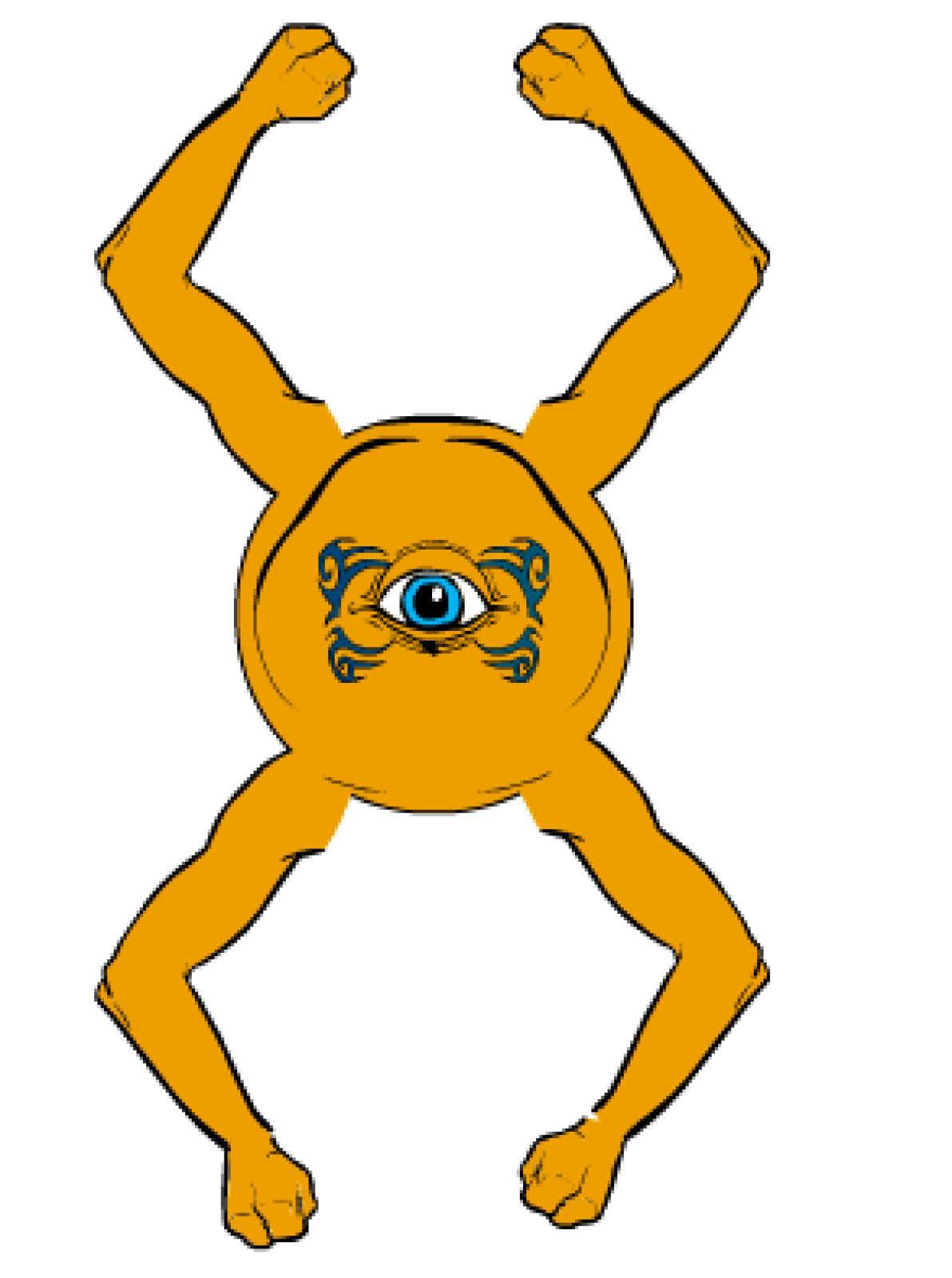 Vnicors are 4 limb ball like creatures. They sport a large mono-eye with a beak on their back/underside. These creatures were experimented on by the Solvendari to give them boosted intelligence above other animals on there planet so they could take them as pets who would need less time to be trained. This worked but they didn't stop learning some Vnicor were smart enough to become assistants to the masters and even developed a natural defense caused by the Radiation interfering with the experimental gene altering giving them the ability to manifest a laser beam from their eye . Eventually this became all Vnicor till they reached the point of replicating speech. The Solvendari were enlighten with their new friends increased intellect but kept referring to them as pets this was agreeable to the Vnicor as it was all the species had ever known. Though this did not stop there growing curiosity The Vnicor became able to perform jobs that their citizens could do. It was here where debates on what should be done with the Vnicor began. The Solvendari decide to try to reverse the process by taking away their intelligence but fortunately for the Vnicor An assistant to one of the scientist got word out and the Vnicor fled in droves back to the wilds to breed ensuring that was used it wouldn't get all of them.

Though they didn't invent the base technology they can pilot special suits of power armor of there own design. They use these suit to aid the Solvendari in frontline conflicts.

Originally pets breed and trained to be loyal until the uplifting process then they were perfect assistants.