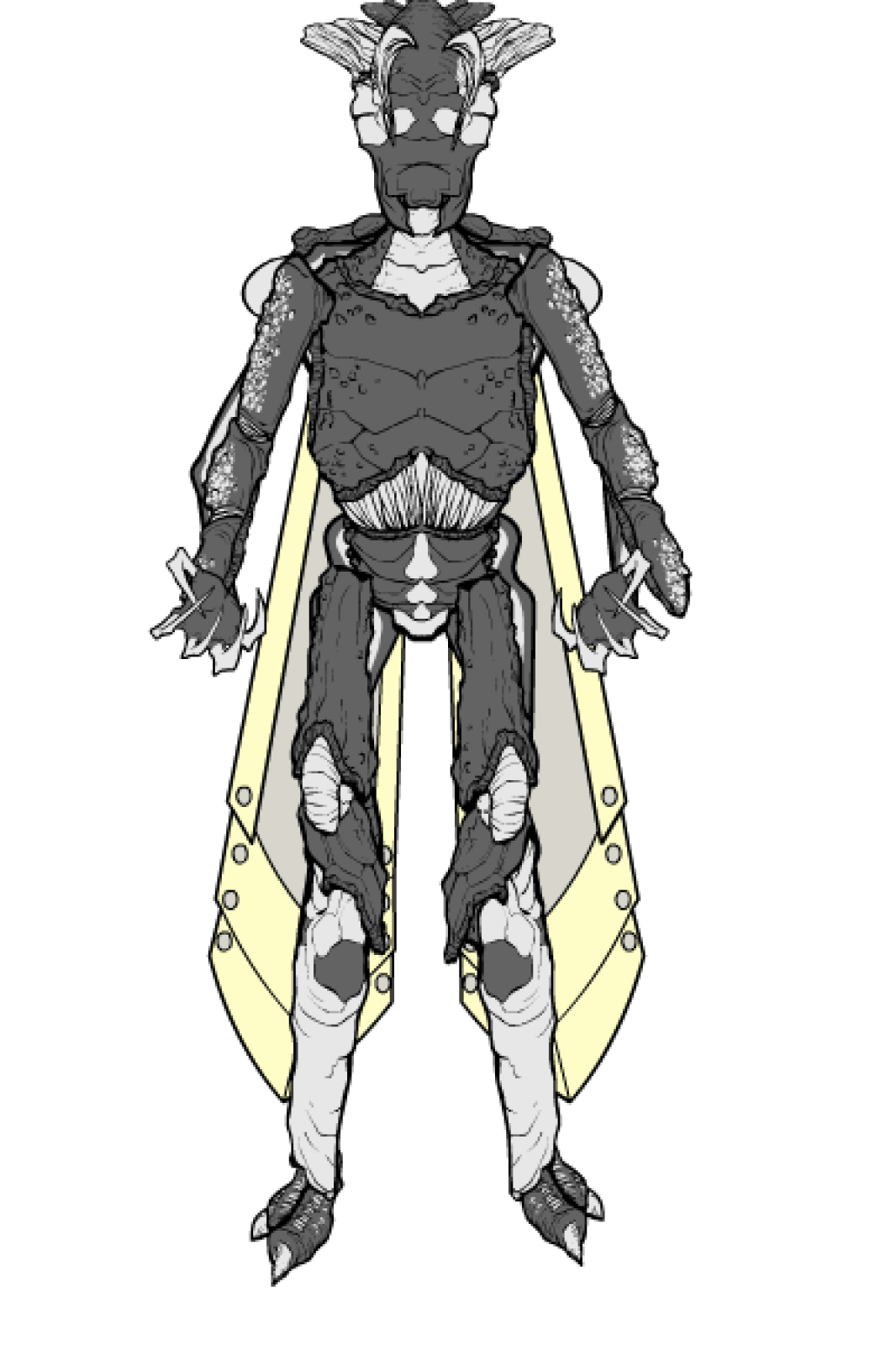 A race of philosophical insecticide with musk glands in their feet, which they use to mark their territory and whiskers. They are very creative. Their leaders are selected by way of a sporting tournament. Utilizing their ability to enter a hive mind state. In order to win a position in the government, players must prove themselves in a variety of different sports, including both physical and mental challenges while leading there team ironically during this time is the only time when non-Highborn Pleans are out of there hiveminds control. They punish criminals by forcing them to become servants of their victims.   When they experienced the rip the Pleans subjugated the spirits though there own contacts putting them in the Favor of the Pleans. As such Plean contacted don't get much power from 1 individual spirit Plean Contacted holds many weaker spirits under its control. Thus making sure they never had enough power to over through the queen.   The pleans actually holds many subraces under them do do there jobs. The ones that speak with other races are called the High Born. Which are the First batch Born of the year. They have the freedom of choice, even if that choice is to become the new ruler. Though that being said if this is such the desire of a high born they are quickly removed from the planet as to avoid being killed as per order of the queen. A small escort of workers is given to them, to nurture and care for her until she is fit to rule and expand the new hive if they have the ability to do so. As such many small pockets of Pleans are found though it's hard to pinpoint. As well two different Pseudo hives could be run completely different of another. Oddly enough Pseudo Queens don't seem to have the capability to reproduce on the same rate as the Great Queens from there home world only producing one child per month.     The After the Hive King/Queen is as follows.   The High Born-Queen Averaging 5ft tall they stand upright and boast the strongest connection over the other subraces. With an added ability they can shift their bodies to take on forms similiar to there subraces, you can have a highborn with bulk switch to a slim flier with a metamorphase They Are the First Batch of eggs of the year. 1/4 through the year The Agents Averaging 4 ft tall, they have twin section body six legs on the back section with two on the front they are able to move the quickest when down on all 8. Agents are born during the 4/4 of the year The Brutes Stand the highest at 10 ft with a centaur like stand boasting huge pincers They are born as the second batch after the Highborn. 2/4 through the year The Commanders Averaging 3 Ft they, almost strictly stick to flying while moving and boost the second strongest hive mind connection. are born 3/4 through the year The Workers The range between 1-3 feet. Workers aside from the first batch are mixed in with the other subraces. They are essentially a smaller version of the subrace so they are suitable for different task. Each egg born helps to continuously keep there species alive and to move forward in life. They nearly killed their own races diversity competing but they do not regret this, and choose to learn from it. They have limited space fairing capabilities but they accomplish this by sail large space worthy insects those are created through once every 10 years and need to be nurtured every day until maturity but after that, they seem to live forever.   Many races have met Pleans on accident in the past usually they left destruction in their wake. As such many of the races don't trust them. But most do wish to fight them for Plean law states the loser as a criminal and as such they become enslaved   The Hive Mind or Hive Mothers(or Queens) as they are known by their followers. Are the leaders of the last remaining Great Hives of the Pleans. Once Rumored to have 450 Great Hives Under Nihol' soil, now between Constant war after war, the Great Hives now, only 5 Remain. Only the Mothers Names are known as Very selected few outsiders ever have the honor of gaining an audience with a Mother. Queens: Threst, Queen of the Decay, the black ops hive. Henna, Queen of the Deep, the Hive of Business Ahmose, Queen of the Creation, the Hive of Hedonism. Nulljss, Queen of the Royals, the Hive of High Class (in their mind at least) Avicularia, Queen of the Evolution, the Hive of militant camaraderie, and the head of the Colony itself, and it's defenses.

Great Hive Queen/Mothers can produce 1000 eggs a month Psuedo Queen can only produce 1 egg a month.   Which take a month to hatch.