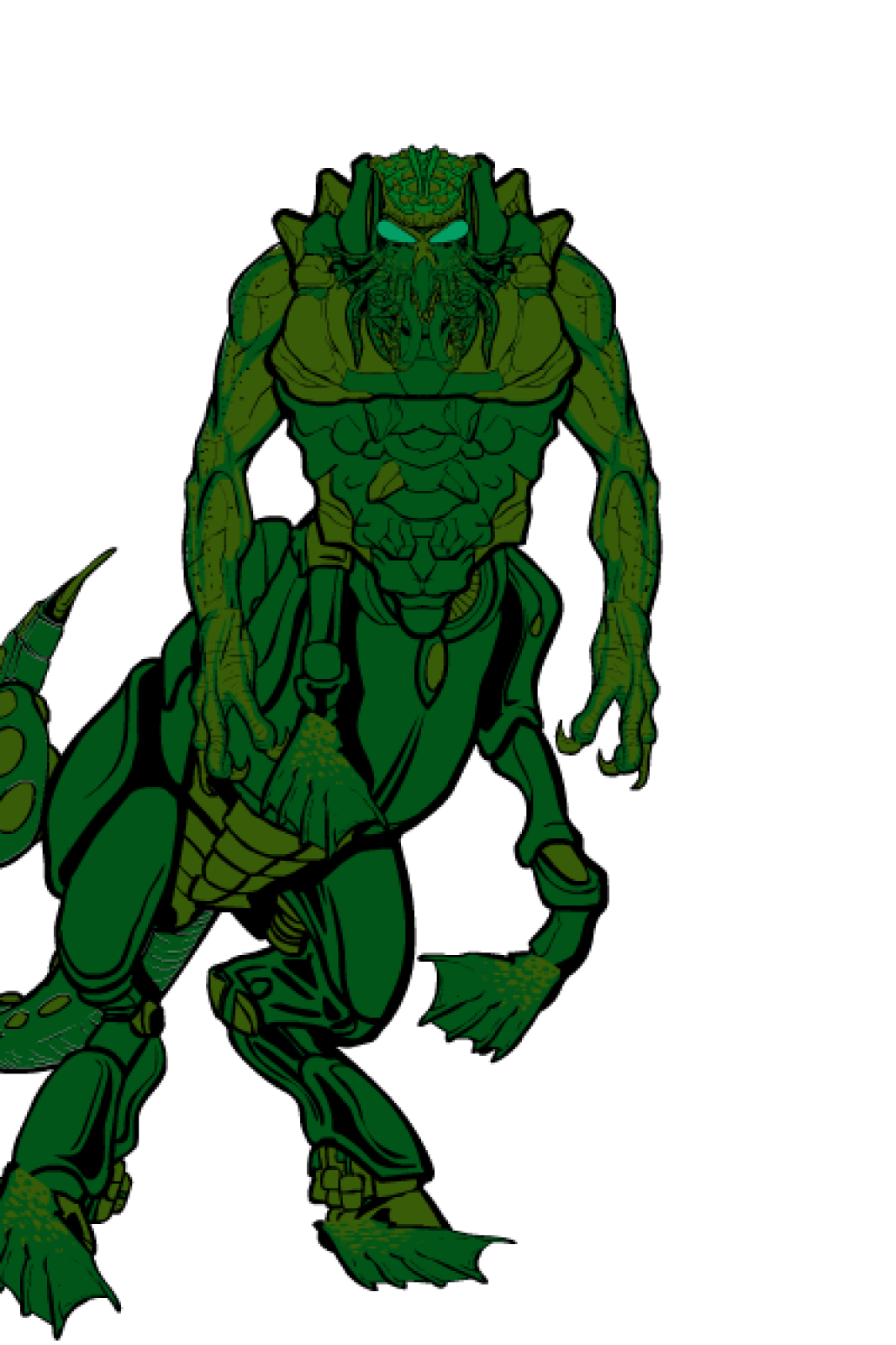 A race of warriors with gills. these semi aquatic creatures They secrete a flammable liquid from glands in their skin, and they regularly set fire to themselves as a way of cleansing their bodies. The J'Foerans on average stand 8 ft tall and are to shoot mild poison from their tails   They are the only race to get the Tuleons respect and was formally offered to join there empire or be conquered. The J'Foerans denied thus prepared themselves for war and awaited battled that never came. For this was the time humanity entered there star systems such the Tuleons had a new target. The J'Foerans met humanity after they landed escaping the tuleons which the J'Foerans attacked promptly thinking this was the war they prepared for.   It took longer then expected to calm the J'Foerans but relations have cleared up.   They are ruled by a clan system, and there are 5 Ruling Clans and 7 smaller clans of some influence.   Lantic Clan: Inbetween the two opposing peaks of North and East, that also holds two ruler each separated by the silver meridian. The clan that spends the majority of it's time on land and as such were the most technologically advanced of there time   Oseyan Clan: Resigned to the cold frozen, waves of the northern poles they are the biggest subspecies, but are the smallest in number they were the most battle harden of all the tribes, with the thickest shells and cruelest poison but kept there ways peaceful and noble as they had no need to rule beyond there own lands / seas.   Endye Clan: the youngest tribe to gain power in history, after conquering huge swaffs of sea. They were the clan that rallied the other clans to fend of alien incursion.   Pasifi Clan: Largest clan in sheer number, and smaller in size they are the most swarm like. This clan actually has 2 less limbs then it's cousins. they are the fastest swimmers and in times of peace acted as message rs for all other clans.   Sida Clan: On the opposite side of the Oseyan, they live in the southern pole and shun the light, after sacrificing their shells. They worship the Ancient one located at the deepest pit in the planet, and in return it gives them sight, beyond sight. strange abilities uses to lure and trap prey and some times fellow kin. Because of their adverse living conditions they are hardly visited unless it is dire need.
Lifespan
300
Average Height
8 ft
Average Length
6 ft