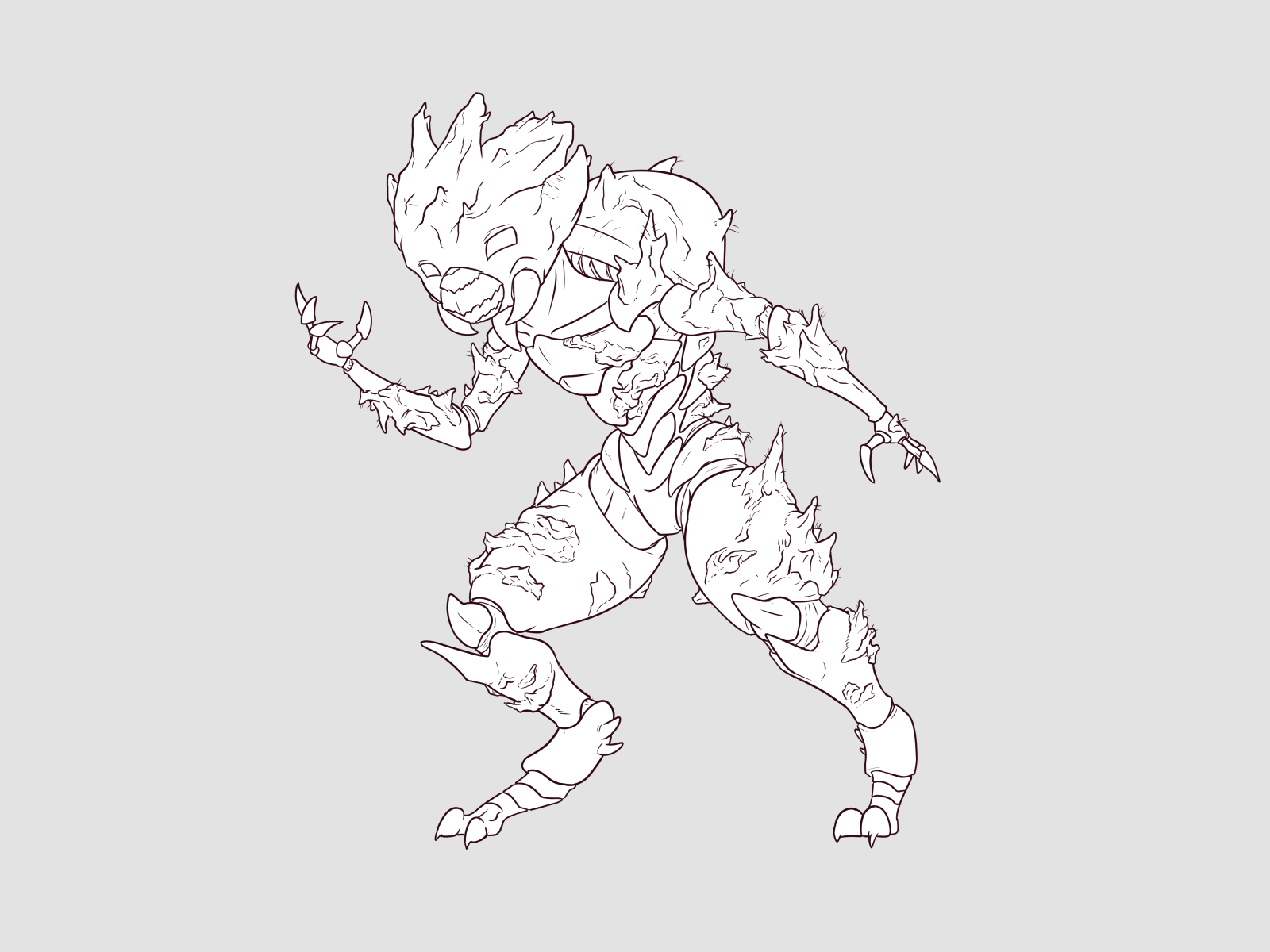 Found on Baton 5 by complete accident by a crashed transport crew that landed in the middle of two opposing sides. who the Feugei saw as gods, the Feugei, are one of the few non space faring races that Fully benefited from spiritual communication more than humanity. Though originally primitive they were able to advance when they were uplifted by humanity to join the stars. Though humanity does share a portion of their tech to the Feugei they only use technology when they absolutely have to preferring natural arms and accommodations.   The Feugei are a mixed of plant, fungal and insectoid based organisms stand on average 3 ft tall until they find a mate to which they fuse into each other becoming one entity and gaining the height and mass of the other make it 6 feet, they do so once again during later years in there life with the same outcome. Legends spoken in the Feugei say there great cities (all the fungi around) was when there ancestors fused into one to repel great evil, when the evil was passed become the cradle for future generations.   The Spiritual connections that the Feugei have primary consist of nature bonds (wind water earth light) . As such seeing Feugei Contacted is very common. Though if there is a Feugei with a contact to a fire spirit it is considered an act of terrorism given the state of their planet.

Each plant has between 1-3 seeds and spore sacs, because of there planets adverse weather they evolved fusion so there spores would make it to their intended destination.

3 Days after seeding Grow at rate of 3 to 1 human years.

The warning tribes of Batoon 5 were the Bright Moss of the open canopy and the Cave Clingers of the Deep. They fought for there spiritual religionus beliefs they were build their forces to get rid of the other. Each side Prayed to the great one and as they charged eachother, from the skies a human ship crashed inbetween them.   They were awe struck each tribe offered the gods a tribute for the gods to kill the other side but it was not to be the ship attempted communication and with the help from a spirit and newly reborn Alpha Care-taker, it went well enough that things didn't end in bloodshed.   Since that day the Feugei have been uplifted by humanity to join the stars, they took lessons from the contracted to naturally introduce them to the spirits. Using spirit help they were able to clear up there planets atmosphere allowing more orbital traffic to come to their planet without everything going up in a ball of hell fire.   When they finally ended training the great one opened, on it's own power and there appeared a Passage Rift. Much like humanities it has yet to be explored in fullest.   During the time of the Zenith the Feugei where able to send there greatest warriors to join the pendiment forces though comparatively small they showed promise in the defense of the Zenith, leading to them gaining association status.

Art assets not created by Deadtreestudios are either public domain content, Creative Commons Attribution, or displayed with the permission of the creator(s).
Cover image: by Alorix