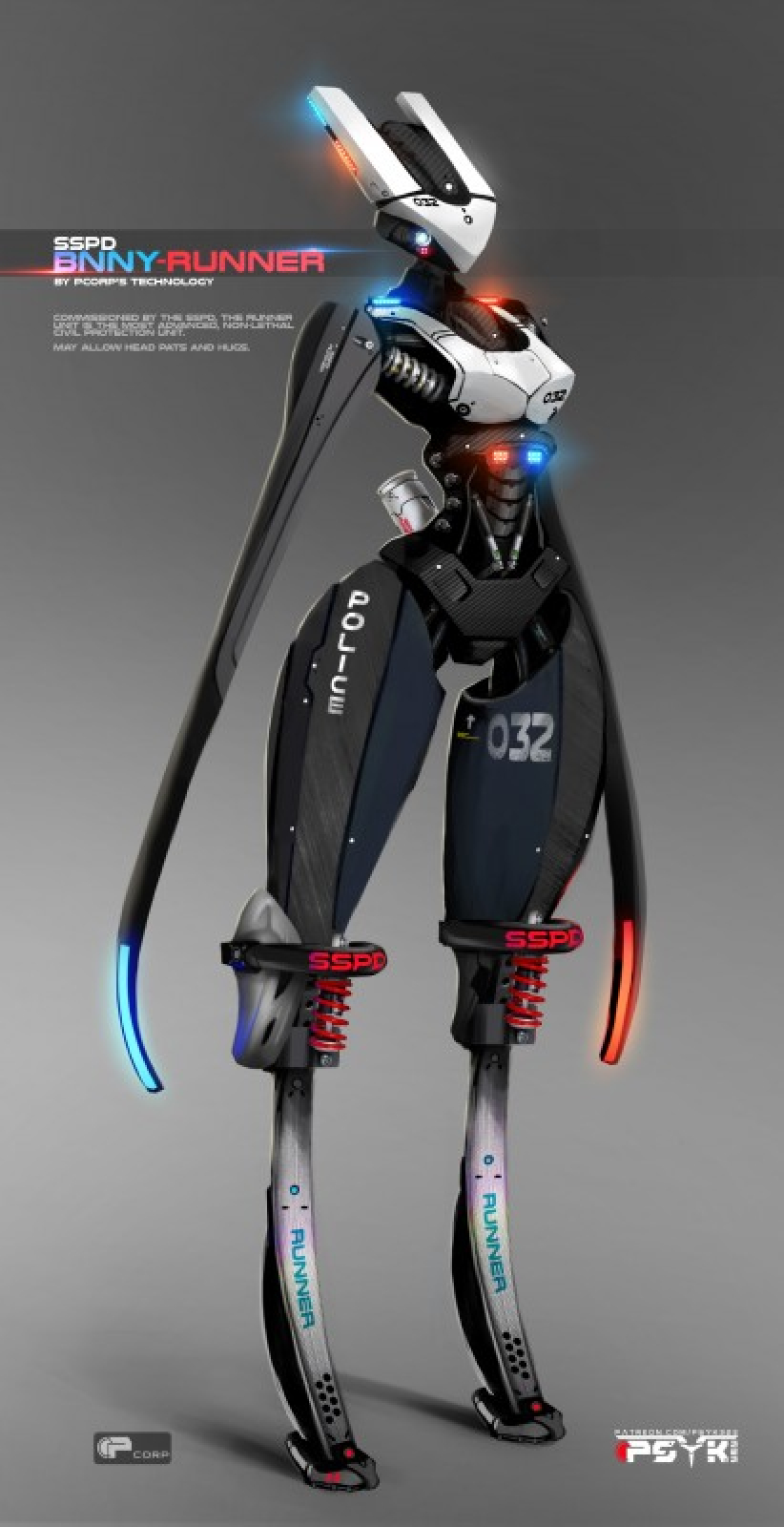 "Working for a happy, healthy future.

The Care-Taker A.I.s are a major part of humanity nowadays including the major role they play in life of humans in space they are the robotic parents of all unclaimed children, functioning on basic A.I. programming they are easily mass produced and replaced. Some are fitted with combat protocols to aid in defense or training sessions. Some even make drones of their own to aid them in everyday needs, or combat. Though they seem like they have emotions this is all part of the programming.   Some say constant upgrades and tinkering is what leads to Betas A.I turning Alpha. (Others say it's the porn that is downloaded into their hard drive)

They aren’t usually bound to a humanoid form but it’s the form used when with children and other human company. There conscience can be uploaded to any suitable mechanical body provided they stay connected through the transfer.

Might need to change a power source every few months.

Alphas have an ability to copy smaller bits of their own data and install it into a seperate body. This Caretaker takes on the information that the Alpha bestowed upon it and nothing else other than the androids programing as it pseudo awakens. This isn’t true sentience but its a medium that allows extremely close relations between humanity and the Caretakers. These Robots known as the Betas can think for themselves and intheory reach the level of an Alpha in time, but a Beta will have limited memory usually taking on a task and sticking to it not changing unless the situation called for it. You would find many betas working construction, leisure, and defense jobs, among others while able to keep up human contact.

Genetic Ancestor(s)
Origin/Ancestry
Robots
Lifespan
Immortal
Conservation Status
Not under protection from humanity but the Technocracy of Everest, they have rights for betas looked after.
Average Height
3-6 ft
Average Weight
30-200 lbs