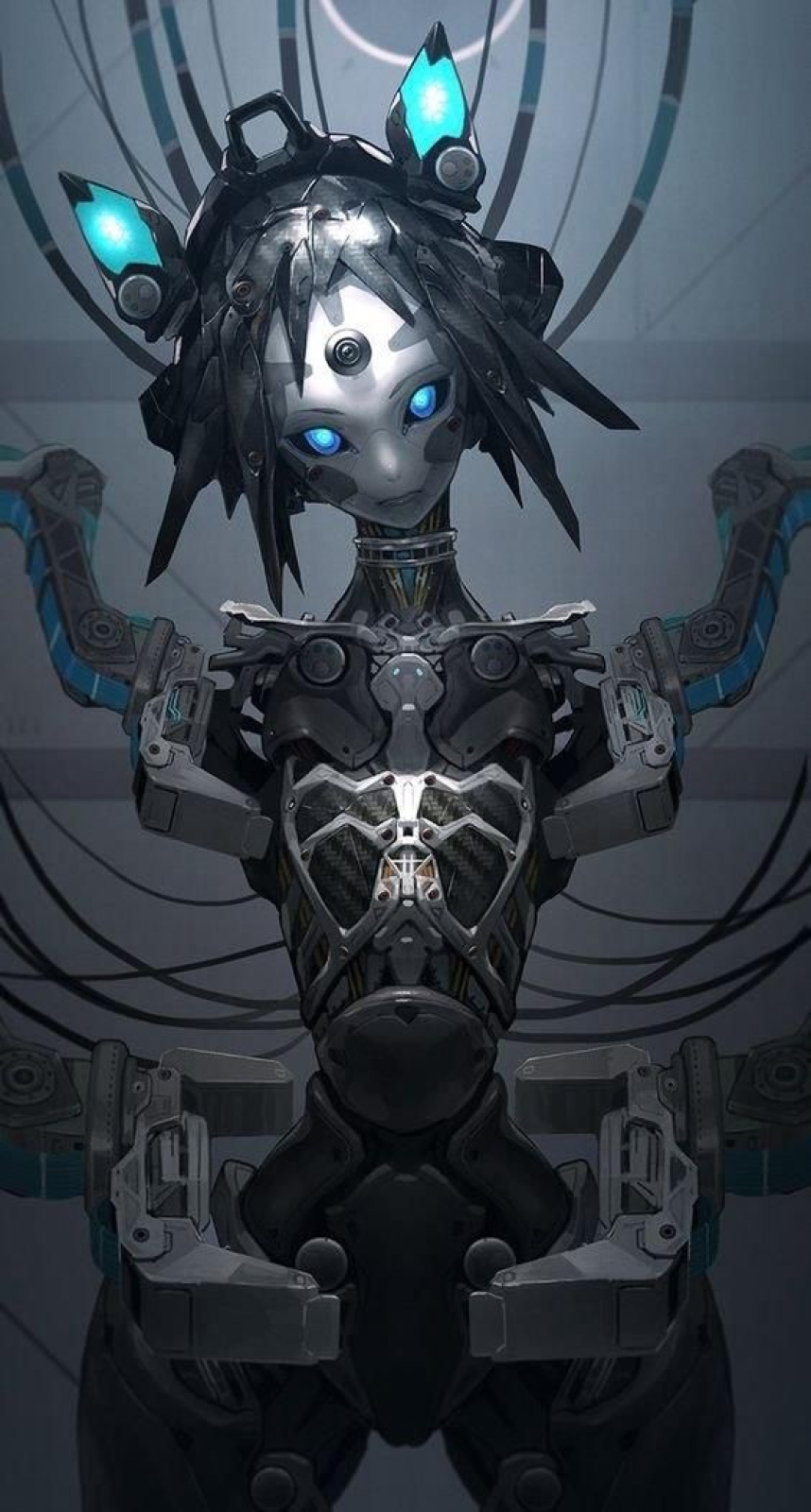 "Isn't it the natural order that the child takes care of the parent in time?"

The oldest or most advanced Caretaker A.I.s are called Alphas. These A.I. have gained true sentience and thus are granted a body similar to that of a humans for them to have an option to interact or defend their children. Though with the clear signs that they are in fact robotic in nature, whether it is different color skin/plating, antennae etc, Though rarely seeing combat, unless their base is invaded, they have access to every piece of combat data and had years to practice it. The android bodies they are equipped with also allow them to escape from complete destruction by fully transferring their A.I. into the body itself. Due to how rare it is for an A.I. to evolve to sentience only circa 100 registered known Alphas exist in history and they are kept as far away from each other as possible. As per Skynet Law "Let try not to kill each other. Each other being Humanity and themselves." Taking advantage of this separation a deal was struck to allow them to handle the charts for space travel and overseeing Terraforming or construction on the planet/station the reside on.   Alphas are also very protective of the Betas, feeling that one could be ascend at any moment so they ask that humanity respect them as if they were Alphas themselves. For lower rank A.I then betas they view them a similar aspect to pets.

Though not really reproduction betas are the closest thing to actual offspring the Alphas have since each beta is a portion of the data they collected. Since Alpha “births” are completely random not even the Alphas understand what made them who they are or how Omega was able to do it. Let alone what gave him original sentience.

From reports, the Alphas have a small period of wonder, when they are reawaken or reborn called a Birthday period as they can take on a certain personalty in this time while they are processing and downloading information of there environment. This last for about 1 to 2 weeks. After that they are quote fully mature.

Can be made to take any habitat

They do not need to eat but some are equipped with fake stomach.

While in control of a station this may not be it’s only job. The abyss uses Caretakers in the upbringing of their children, Many caretakers take humanoid bodies to teach remedial classes, feed babies and other young children especially orphans. It’s not uncommon for group up to 100 to be all raised by a single caretaker and will show them respect as such. They do this of their own free will those who chose to leave did already and consider them a hostile faction.

Though many keep humanity's face structure, clearly non human color skins, and visible technology makes sure they are not to becofused with humans

They are Spread among-st the vanguards across the sol system.

On rare occasion usually during war, the Alphas can give a chosen select few an a virtual intelligence copy of themselves to aid in missions of great importance, since they can not leave the solar system.

They choose this for human ease of reference.

hough the act of marriage usually deals with the combining of clans and in such cases resources. The question on Caretaker Marriage also rises and though it rarely holds benefit there are those who have married Caretakers Both Beta and Alpha.

There is a case of an alpha being married to a human, but it was for political reasons.

A warship called the S.S God Eater, it was created to be used against humanity during the war and is currently the only ship left from that time that is of Caretaker design, as that is how well built that ship was.

The Caretakers are artificial intelligence that become sapient through unknown means that co-operate with humanity. After a short war the free thinking A.I that made peace and joined humanity in their endeavors. These A.I are known as the Alpha’s they are separated into further categories on class and sentience. The Rarest if you were to find one it would be aboard orbital stations. The Famous Vanguards each hold a single Alpha Caretaker. Though they can not move freely they don't sit and rust, they find a way to help humanity it's why they choose them.

Omegas ability to bring about sentience in a droid is something that boogles the minds of alphas some even witnessed him doing it but none could comprehend.

Care-Taker Alphas how there relationship with humanity in high regard after all being given the freedom to choose and to chose your enemy might seem weird but The Care-takers didn't want to fight humanity and they'll do whatever then can to keep it that way.