This guild is 18+ due to themes and mature content.

The Skyrunner Tribe has officially disbanded. The website is preserved here as a labor of love from the Skyrunner Community and to allow former members access to any creative material they put into the guild as a whole. Unfortunately due to circumstances of real-life constraints forcing our member's time as well as the continued destruction of a setting and game we all once loved we will not be continuing this story.   The final chapter of the Tribe's story is contained in the below article and attempts to wrap up the storylines of over 2 dozen NPCs and nearly a dozen Player Characters. Written by Kanatu in the hopes that this setting, these wonderful characters, and this story might have a feeling of closure and respect.

The Skyrunner Tribe is a World of Warcraft RP Guild located on the Wyrmrest Accord Server. We are a tauren centrist guild that focuses heavily on lore exploration, taruen tribal culture, individual character development, and highly interactive storytelling. We rely on our players to be highly engaged, forward-thinking, and able to commit to most event times because we are so player focused. We notice when a character or player is absent from the story and in many cases the absence of any player can hinder the story because they really do matter!

For generations, the Skyrunner tribe has made their home in the vast wastes of Desolace. Seeking not only to atone for the sins of their ancestors but also to restore the land to its once former glory and life. With the violent death of the former Chieftain and many of the Tribe's most skilled fliers the new Chieftain, Kanatu, is left to rebuild this ancient tribe into a new age. Establishing wide-scale nomadic movements, connecting with the other races of the Horde and Azeroth, and committing to the protection of Azeroth, not just Desolace. Such things are not easy and Kanatu has called out for aid in this new vision, not only from other Tauren but any member of the Horde wishing to uphold the values and vision of his ancient people.


Current Campaign: Winds of the North

With the Helm of Domination fractured and broken the Scourge is without a Lich King. It was always known by many of power within the world of Azeroth that there would always need to be a Lich King to maintain the Scourge and keep them from overwhelming the lands of the living. The Will of the Lich King through the helm was all that kept them back. Now with the greatest heroes of Azeroth and many of the faction leaders missing the world cowers before the mindless, and leaderless scourge. The Skyrunner Tribe has traveled North to combat this dark tide and make safe the world that they have vowed to protect. Tribesman and Ally alike will be forced to face their pasts, long-dead kin, even their own dreams as they find who is leading the scourge now, what they want, and learn if they have the strength and guile to survive the Frozen North.

The Skyrunner Tribe has 17 Followers

New to the Skyrunners? Click on the image below to see some of the basic information about the guild such as our IC roster, some of the Addons we use, Code of Conduct and other FAQs! 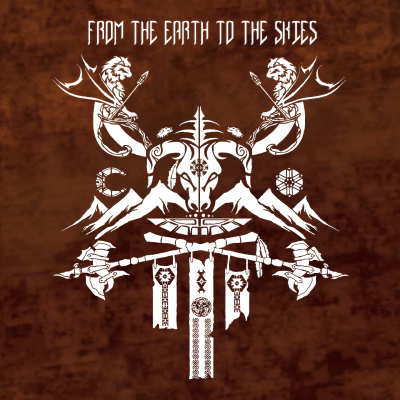 Day to Day Life With the Tribe

Members of the tribe will find all the necessary information about the campaign, NPCs, maps, timelines, calendars, and other tools to enhance the story here. Just click the image below!