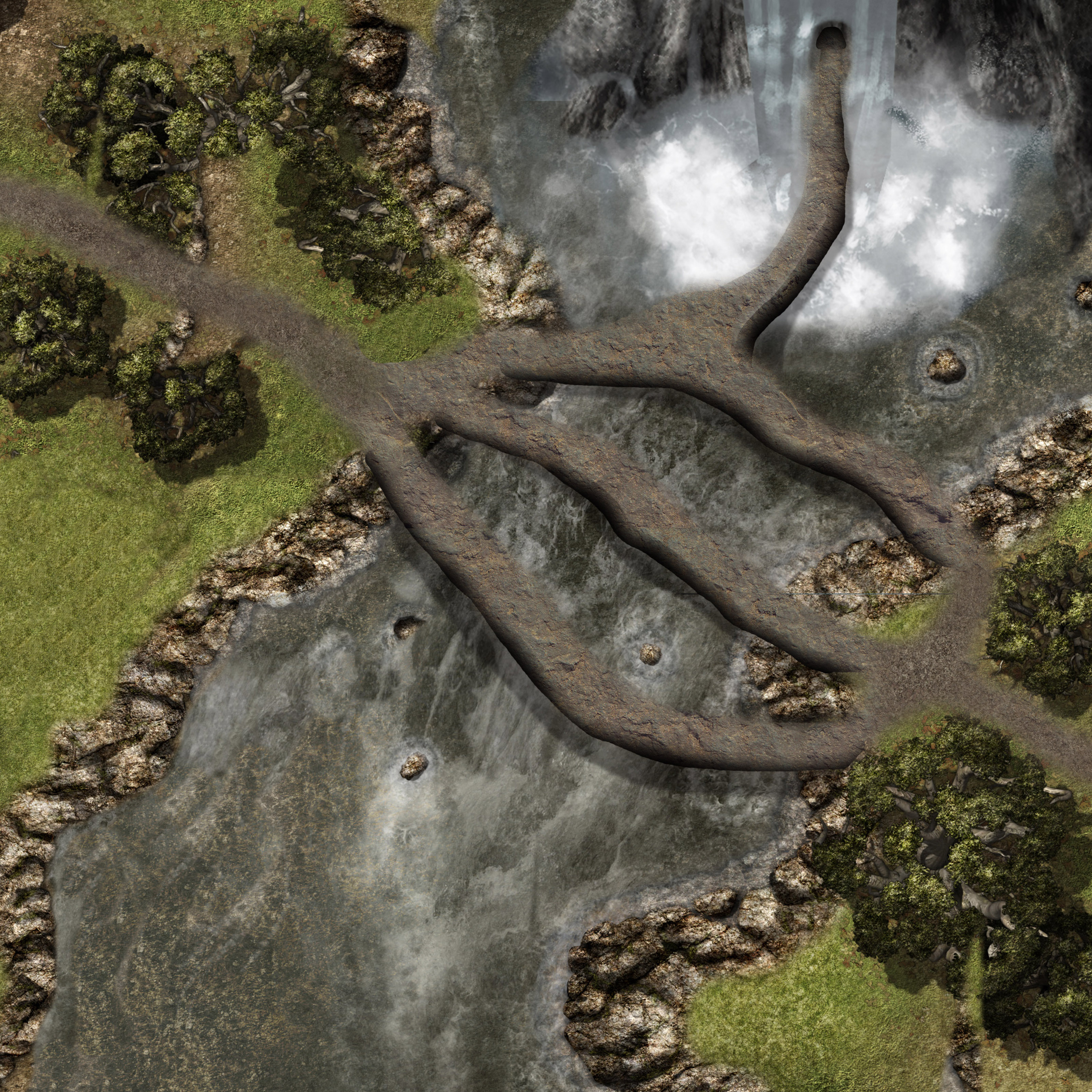 (Map Dimensions 60x60)   Chimeras crossing is a strange anomaly on the coast road. Located within the Gnarled Tooth hills, it sits on the junction of a waterfall that flows down into the ocean. The crossing has three natural land bridges that go across it, just large enough for caravans to cross when exercising caution. The waterfall has a strange magical feature, where it falls onto the path is separated by an invisible large sphere that separates the water over the path. While it appears solid and does not allow the water to fall on it, creatures and other objects pass through without resistance.   Its unknown what formed the natural land bridges or the mysterious sphere, but no ill effects have been noted about the area. It is a well known landmark on the route south, and discussions have been made regarding construction of a bridge. To the west of the crossing through the waterfall lies a path that goes to a set of mines inhabited by the Deep Dig Mining Confederacy.