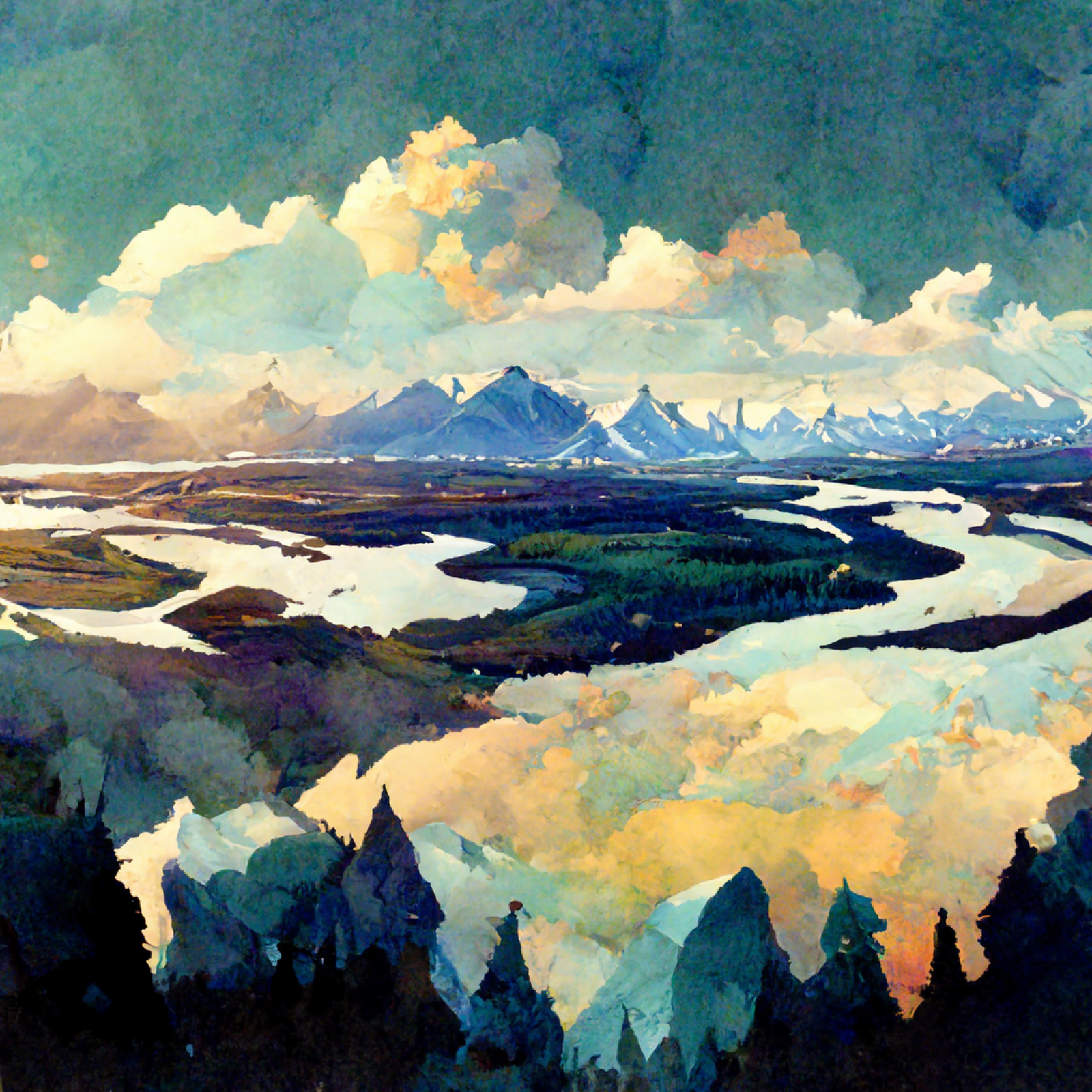 THE EDGE OF THE WORLD AT THE TURNING OF AN AGE

When one of the Imperatori is assassinated during the Skodian Rebellion, the Cathrican Cradle is siezed by civil war and the Holy Cathrican Empire is cast into chaos. Neighbouring nations in Hyperborea's hinterland gird their defenses as international powers greedily eye their abundant natural resources.

Meanwhile, retreating glaciers in the distant Hoedenheim Territory reveal lost Red Age archaeomantic sites which in turn lead to the discovery of a new magical mineral, called Arcanite. Nothing less than the crystallized condensate of magic itself, its thaumo-technological applications are nigh-limitless. Instantly, it becomes the most valuable commodity in the world.

Increased Imperial presences in the North add new heat to ancient tensions between the Ordning of Giantkind and the Conspiracy of Wyrms. Mercantile concerns hire work gangs of those displaced by war to drive railroads through the Jorgmungandr Mountains. Daily, newcomers pour through the gateways of the North in droves searching for fortune and glory.

The pressure is building, and the Steam Rush is on!

When creating Characters, players are allowed to use all of the character options available in the Dungeons & Dragons Player's Handbook (5th Edition) without restriction. Dragonborn subraces include Chromatic and Metallic lineages found in Fizban's Treasury of Dragons.

The following lineages from Mordenkainen Presents: Monsters of the Multiverse are available: Aaracokra, Aasimar, Bugbear, Changeling, Duergar, Firbolg, Genasi (All), Goblin, Goliath, Kobold, Minotaur, Orc, Shifter, Tabaxi, Triton. Forget the canon lore, just use the stats. Most of these people have different lore in the Runelands.

The Lineages from Van Richten's Guide to Ravenloft are playable, with the following provisos. Beginning with the thought that none of these people are particularly common in the first place:

I also like to use the following rules from the Dungeon Master's Guide (5th Edition). Whether we do or not will be decided in your Session Zero. so have a look at 'em and see what you think.
• Additional Action Options
•Hitting Cover
• Cleaving Through Creatures
• Injuries
• Massive Damage•

Lines. This game will not contain physical violence towards children, unwanted sexual contact, animal abuse or cruelty, party-initiated torture, inter-party violence, or inter-party betrayal.   Veils. Cannibalism, mental assault, ritual sacrifice, kidnapping, consensual sex, enemy-initiated torture, or parasitic invasion will be “veiled” off-screen.   If at any time you don’t feel comfortable with the content or direction of the game, say “pause for a second” in voice chat and we will stop the game and address your concerns.

• Arcanite is found only in Hoedenheim. Its immense thaumoindustrial value has prompted a settlement and exploration boom akin to the California and Klondike Gold Rushes of the real world.

• Most of the territory is a pristine wilderness of glacier, tundra, taiga, and boreal forest biomes. Beneath the surface, though, Hoedenheim sits atop a dormant supervolcano. While it hasn't erupted in 5000 years, the last time it did, it ended the Jotundraken War and caused a century of winter. Consequently, a great glacier still dominates most of the territory. In places, this sheet of ice is a mile thick.

• Hoedenheim is the land of small gods and giants. Dire fauna, megaflora and all of the D&D Giant types are indigenous to the area, and much of the region is proportioned on a greater-than-human scale. This, together with its harsh climate, remote location, and sparse population meant that Hoedenheim was not a target of the Crusade. As a result, many of the Old Ways still flourish here; witchcraft and druidry are openly practiced, and spiritual leaders are often literal beings of spirit.

• Hard lands breed hardy folk. Locals tend to be self-reliant sorts who keep to their own and try not to make trouble. Trust is slowly earned and never taken for granted, because Barter is the primary form of commerce. Skills and goods are the usual trade; while the recent influx of southerners has brought the use of coinage and scrip to most settlements of size, you can't eat it and it doesn't keep you warm. Here, an individual's worth is more important than their wealth, and value trumps cost every time.

When designing a campaign, I try to keep to the thought that if it exists in Dungeons & Dragons, chances are good you'll find it somewhere in the Runeverse. That said, it might not fit the way you expect it to, and not every character option is best suited for every campaign.

Rune of the Frost Queen is designed as a sandbox for experienced players, with player agency foremost in mind. To save myself a pile of work writing content that might not interest players, I'll be adapting published material or improvising my own, as needed.
Of the material I'm adapting, Storm King's Thunder cautions that:

“Many of the encounters in this adventure are deadly by design. They test the players’ ability to make smart, informed decisions under pressure. A deadly encounter might be the only encounter the characters have on a given day (and assumes the party is at full strength), or it might be so overwhelming that the characters are expected to avoid combat at all costs.”

In this one, you'll live and die on your teamwork and Skills more than your raw Abilities. There will be as much emphasis on puzzles, mysteries, and politics as combat. With this in mind, the well-rounded generalist who works well as part of a team is preferred to the optimized soloist in the early game.
Start small but solid, and the story will shape your character into something epic, just you watch.