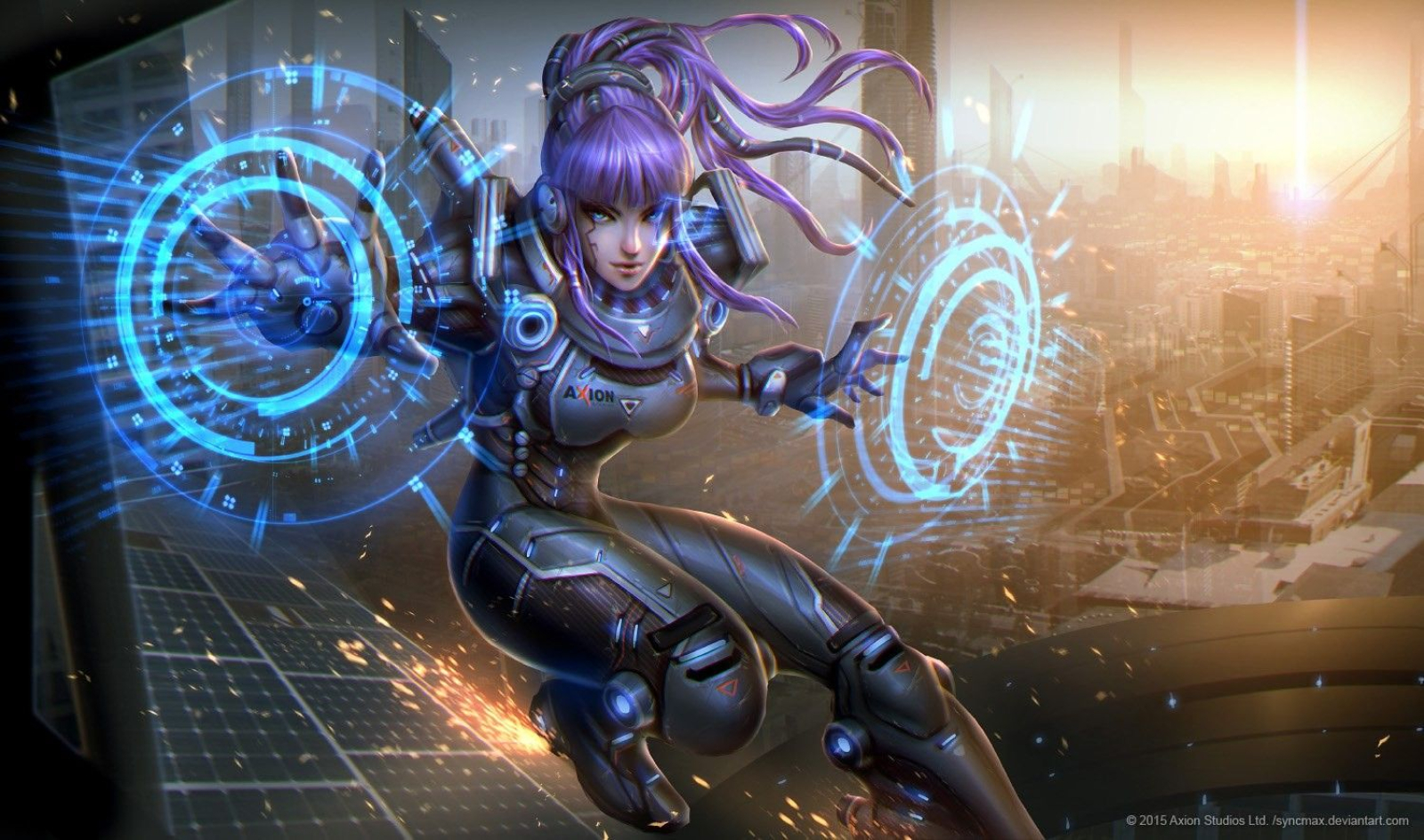 Some people hack the Matrix with physical tools, but a few have the ability to log on with nothing more than their minds. These people are technomancers. A technomancer can access the Matrix with his mind through an intrinsic connection that’s not fully understood, even in the futuristic world of Swan Song — though plenty of people would pay plenty to figure out how it works.   Technomancers are characters with the mysterious (if not mystical) ability to connect to and manipulate the Matrix without the aid of technology, called Resonance. They not only have this seemingly supernatural aptitude, but they have the ability to do things that no computer can do or should be able to do. Scientists and magical researchers haven’t figured out what makes a technomancer tick, but they agree that it isn’t science or Biotics. As you’d suspect, this makes a lot of people very nervous around technomancers. The fact that a lot of people believe that it might be fun for researchers to cut open a technomancer’s brain to see how it works tends to make technomancers nervous around other people, especially megacorporate Matrix engineers.   Technomancers live in a world filled with the ebb and flow of data. They feel datastreams and empathize with icons. The Matrix is just part of the world they live in, as natural for them as walking is for mundane folks. Even technomancers don’t really know how they do it — they just do it.   With their intuitive grasp of computers and the Matrix, almost all technomancers are wiz programmers. Most employers won’t hire them, though, because the world just doesn’t trust technomancers. In the public view, technomancers are creepy and unnatural. They communicate through the Matrix (subverting it, they say) with a thought, so suspicions of a global conspiracy abound. Whenever something goes wrong in the Matrix, especially if there are fatalities, the specter of the technomancer menace rises again in the media and news outlets. GOD can’t track technomancers as cheaply as they can track deckers, and so they give little leeway or mercy in cases where a technomancer is involved. There is still a bounty on technomancers in some territories, and technomancy is punishable by death in a handful of places around the world. The end result of this is that technomancers hide their abilities and identities, and some even their talent with programming, to avoid harassment and threats.   This is not to say that all technomancers are bad or out to twist the Matrix to their own ends. Most just want to live their lives in peace. Very few are actually hackers, and only a few of those are talented enough to be Crossers.

Note that an archetype may provide your background, but doesn't have to do so. Archetypes are meant as sets of skills that match a particular type, not to enforce a special background or character concept.   The descriptions for these archetypes are just the most stereotypical versions of it. There are many facettes and variations to each archetype, playbook and background that we could never cover in a single article. So it is important to understand that a Crosser with e.g. the Soldier background might have served in the military as a Soldier, but that is not a necessity. It might just as well be the case that he has been a Crosser all his life and just possesses a particular set of skills that most closely resembles the soldier archetype.

While deckers might be thought of as scuba divers, using all sorts of gear to dive into and navigate the Matrix, technomancers are more like squid. The Matrix is their native environment, and they use it reflexively and instinctually. They don’t have to make sure they’ve got the right gear on them, that it’s turned on, connected, and functioning optimally. They want to do something, they dive into the streams surrounding them and do it.   Technomancers pick up the skills to deal with both the physical world and the data that’s constantly flowing through the air around them. They learn how to keep from being overwhelmed in high-traffic areas, and how to keep from being withdrawn or depressed in static zones or places with weak coverage. They learn how to make their brains their own operating system and browser combined, an access point they can use to find what they want, all while keeping everything else from getting in and bludgeoning their brains with song lyrics, stock quotes, and celebrity gossip. And two million videos of kittens.   What their brains do—and plenty of researchers would love to know how this works—is learn the basic Matrix protocols, so that they can see the icons of the Matrix the way gear-based users see them. It’s like learning a language for them, and once they know it, technomancers have trouble imagining a world without that virtual vocabulary. It lets them see the icons and AROs laid over the world around them, and allows them to drop into the trance that is the technomancer version of VR.   Most technomancers say the VR feels more comfortable to them, more “real.” They say that the hard, unmalleable reality of meatspace feels foreign to them. They prefer to be surrounded by things that respond to their desires and commands, things that are reactive and alive with information, not dead and inert like real-world objects.   Technomancers tend to be fluid thinkers, talented analysts, or virtuoso programmers. While deckers work with gear, starting with the tool and producing a result, technomancers start with their desire and then devise or summon tools that allow them to do it. They can be very fast, creative, and unpredictable. Most non-technomancers find it best to either to have one on their side or never to meet one at all.

Note that the example background for any archetype and playbook are just that, examples. Many Crossers never had a life before the shadows while some other did. These example focus on the Crossers that had a life as SINers before they went to work in the shadows.   But your character might have just as well worked in the shadows for the majority of his life. Maybe he even was the son/daughter of some other Crossers, or maybe it was his only choice of survival and making some money. Maybe he was a troubled youth and got into business with the wrong people and now needs to find a way to put his illicit skills to use.

Technomancers have a living persona they use in the Matrix. Your living persona’s icon can be pretty much anything you like, following the rules for persona icons. You can change your icon with the Change Icon action, like normal persona users. Since your living persona is just a persona, not a device, you don’t have any onboard storage; this is easy enough to deal with because you can store files in nearby devices.   Your living persona’s Device Rating is equal to your Resonance. Your Matrix attributes are calculated from your Mental attributes as listed on the Living Persona table. You cannot reconfigure your living persona or run programs, as those are abilities unique to commlinks and cyberdecks. You are not a device, so you cannot be a slave or master, nor can you be part of a PAN or WAN.   As a technomancer, you can only use AR and hot-sim VR (the only way you can use cold-sim VR is by using a cybredeck or commlink—ew). Since you’re in hot-sim naturally, you may add your Resonance to your dice pool for all Addiction Tests for using hot-sim. You use your Mental and Matrix attributes when calculating your Initiative, and your Initiative Dice use the normal rules for AR or hot-sim VR use. Since you’re so intimately connected to the Matrix, you get a +2 dice pool bonus to all Matrix Perception Tests.   You don’t have a separate Matrix Condition Monitor. Instead, any boxes of Matrix damage you would take hit you directly as Strain damage.

You can reboot your living persona, if you want. Really, you’re just shutting yourself off from the Matrix for a time, but it operates with the same mechanics as the Reboot Device action (although it doesn’t count as a Matrix Actions). A lot of technomancers reboot their living persona before they go to sleep, using the reboot delay as a sort of built-in alarm clock; it keeps them safe from cyber-attacks while digital sugarplums dance in their heads.

You can use a commlink or cyberdeck if you like. A lot of technomancers do in order to hide their abilities. If you use a persona on a commlink or deck, you can’t use your Resonance Abilities. That only works when you’re using your living persona, and since you can only use one persona at a time — well, you get the idea. 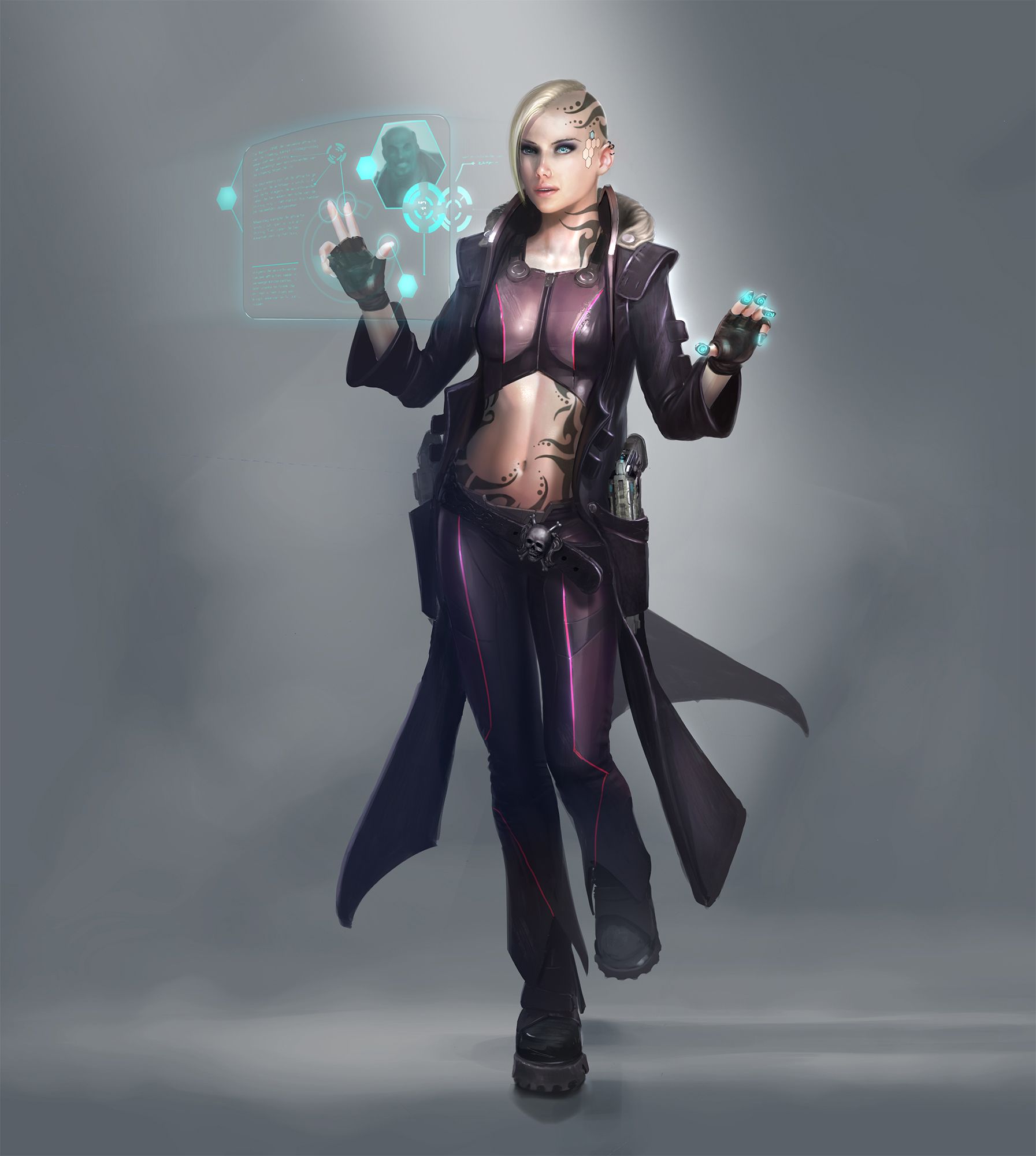 Rare Development
All kinds of Technomancers, are incredibly rare. Only about 0,1%, or roughly 1 in thousand, of the population are able to experience the powers of Resonance.

Archetype Skills
The Technomancer’s archetype skills are Compiling, Computer, Cybertechnology, Hacking, Software, Unarmed Combat, Knowledge (Matrix). He receives a discount when he spends experience to purchase ranks in any of these skills.

Playbooks
Most Technomancers adhere to one of the following Playbooks: 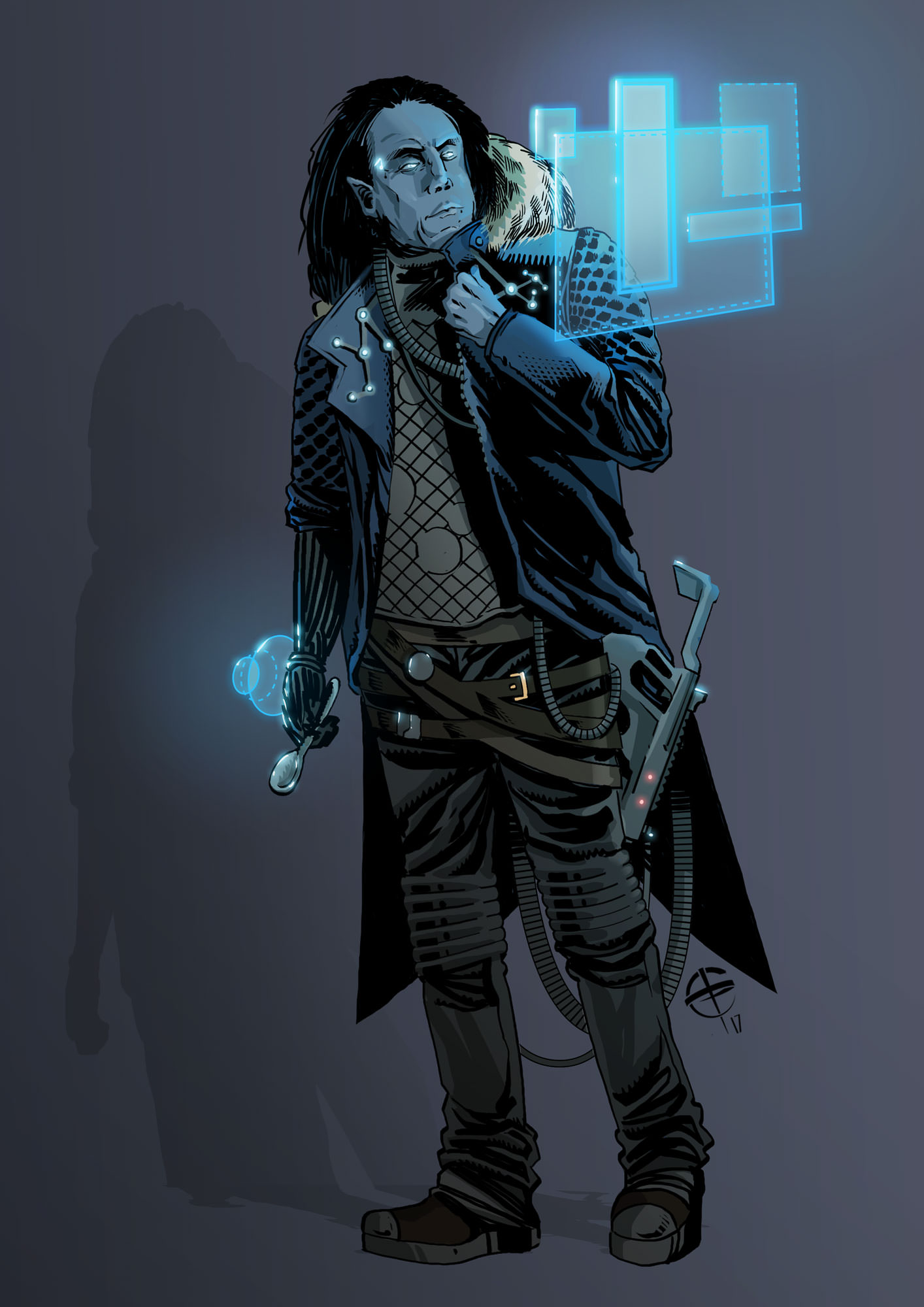