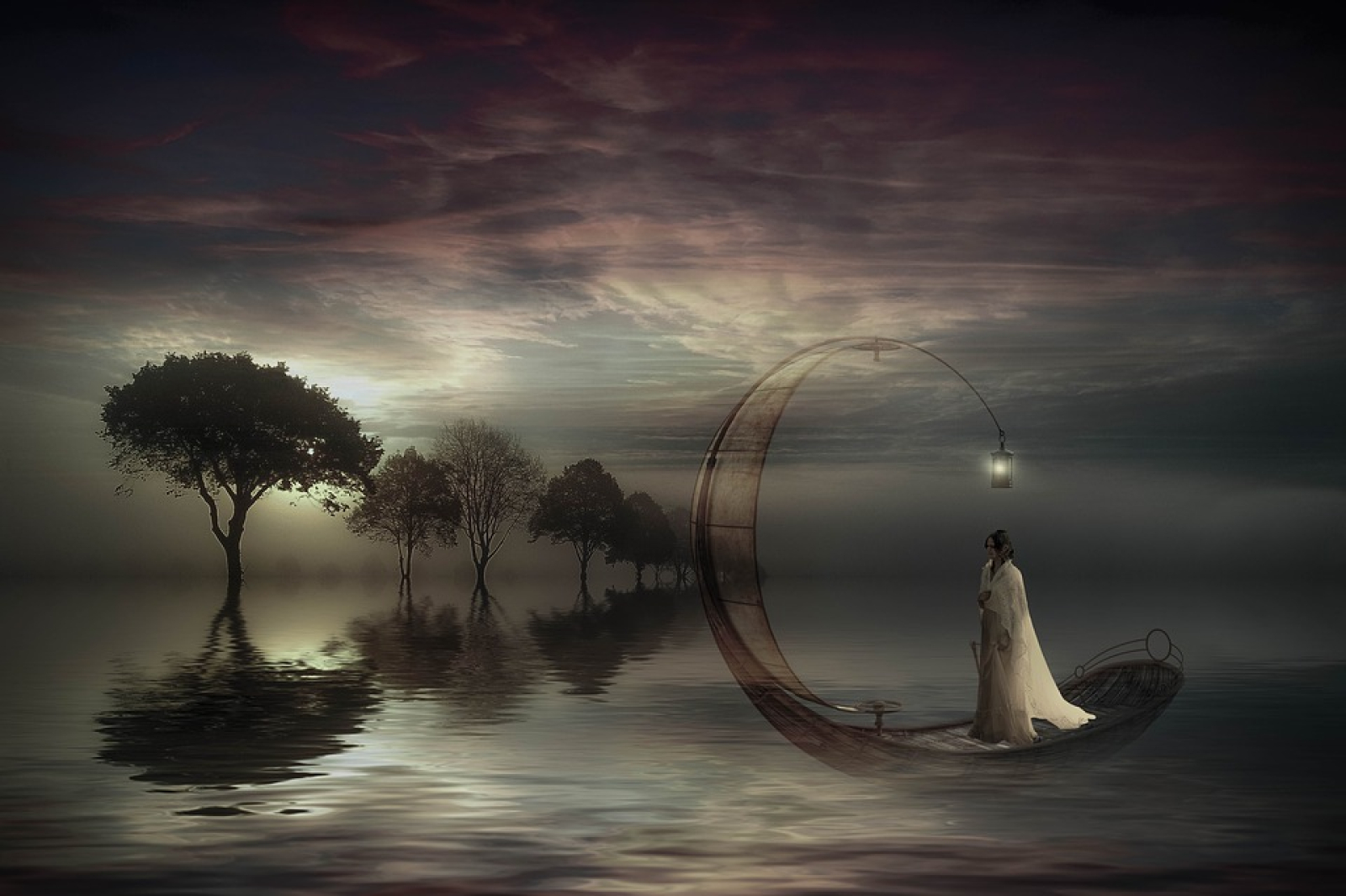 The Love of Aria and Aries

A Taruan legend about a grey-skinned nymph named Aria and a grateful human named Aries. The legend is famous for its many sayings that are present in modern Taruan culture, and its bitter-sweet ending. While many academics enjoy various interpretations of the legend, the 'meaning' or 'message' behind it is not clear, with many Taruans arguing that the lack of clarity is an aspect of Taruan culture itself, to not define a single answer or idea within a story of many perspectives. The most famous saying however is agreed unanimously between locals in Taru, which is in the form of a short poem.
United we stand
so far apart.

The legend is based on an ISAAC thousands of years ago, named Carina. The ship was old and nearly derelict, surviving only by the generosity of a mysterious grey-skinned nymph named Aria.    The legend begins when the Carina crew were at the brink of death; starving, sick and wounded from endless pirate raids. A large fog appeared suddenly and in the far distance, a strange orange light would blink. At first, the crew were terrified, believing they were heading into the jaws of hell. Despite their efforts, they could not steer their ship clear of the fog. Accepting their ill-fate, the crew eventually sent a life raft to investigate the light, hoping to pray or beg for forgiveness of their sins. There, they met Aria, the grey-skinned nymph. Her long white sleeves gave the false appearance of a ghost, but her soft, melodic voice convinced them otherwise. She agreed to trade with the crew, accepting their rare books in return to providing fresh food, water and materials to repair their damaged ship. After, Aria would sail away and as her shadow was lost in the distance, so too did the fog gradually sweep away. 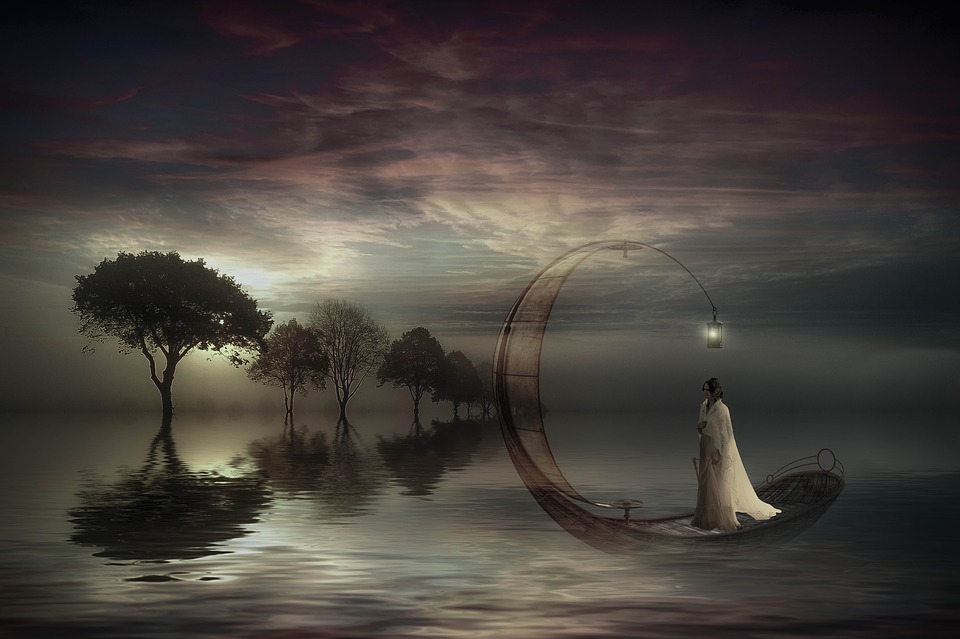 For several times after, when Carina became desperate for supplies, the thick fog would return and the crew would send out a life raft with hope to trade. But after many interactions, Carina run out of any supplies of value to the grey-skinned nymph. So instead, she asked them to follow her light, and pick up stranded passengers that were on a sinking ISACC miles away. Despite their concerns about providing for these new crew members when they could barely survive themselves, the crew agreed and they followed Aria's flickering orange lantern. Another two times, Carina met with Aria with nothing to trade, so picked up stray passengers that Aria had found along her travels. 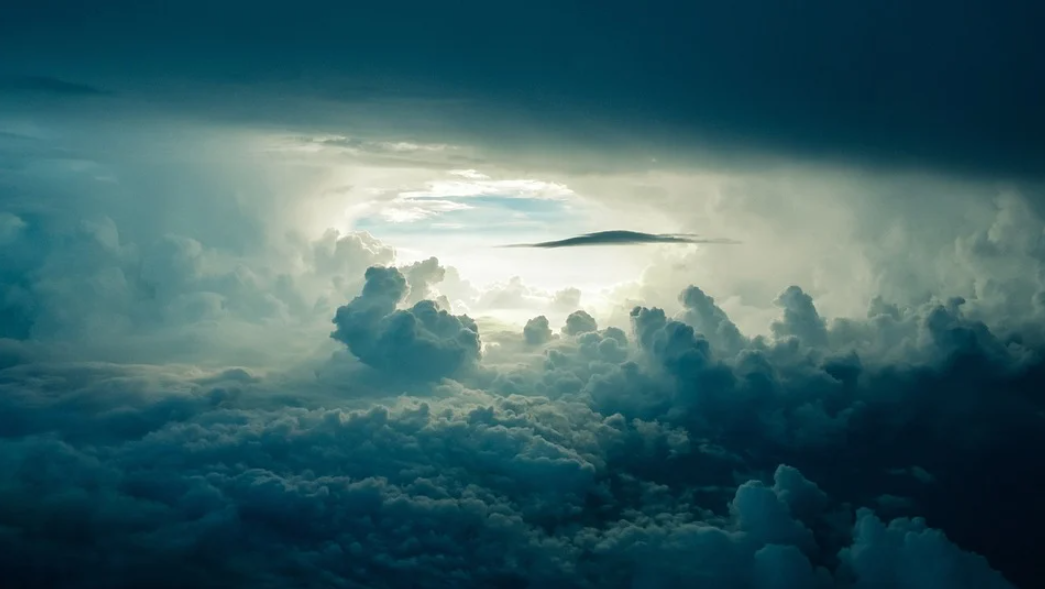 Over time, the people on Carina reorganised themselves, and found that, with the new crewmates, they had much more effective ways to fish for food, scavenge parts from abandoned shipwrecks, and make use of new technology. They managed a sustainable life in a time where the sea became ever more perilous. Strange shadows lurked in the sea, and in the distance the crew witnessed unfortunately ships swallowed by indescribable serpents. A young man named Aries was concerned for Aria, and when the sea was calm he would carefully sit dandelion lotus on the gentle sea waves, and light them. 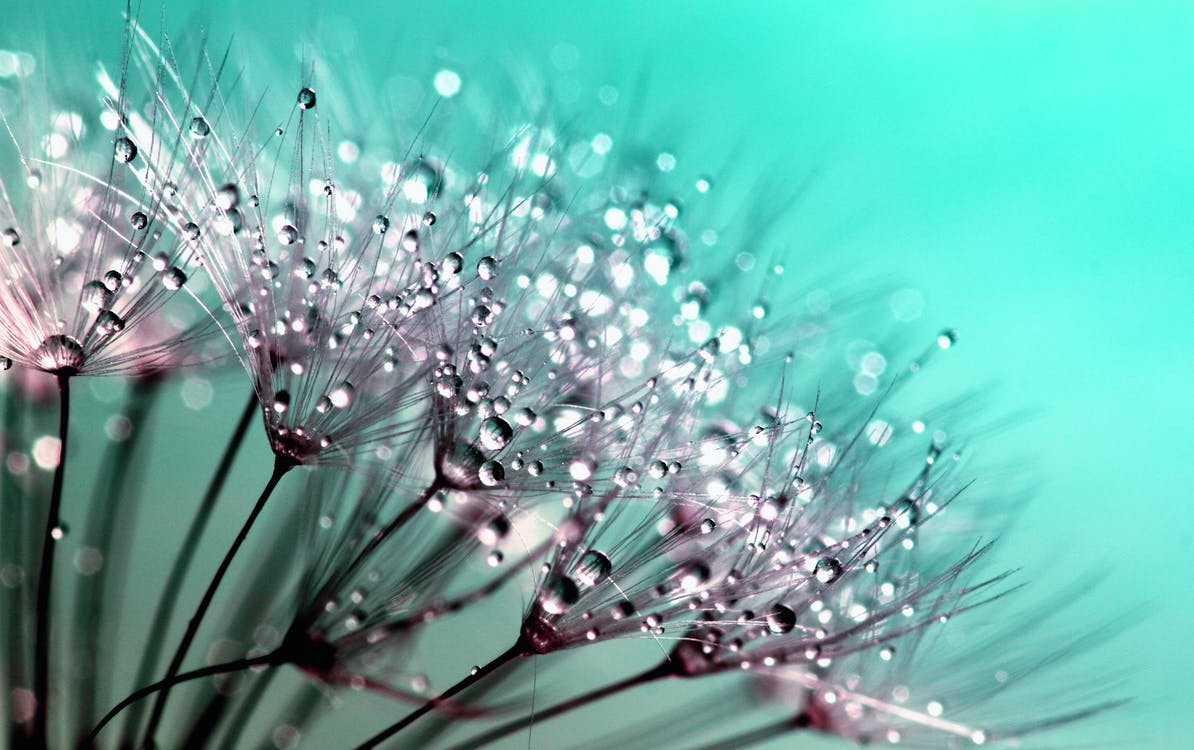 by Anthony
Lured by the beauty of the flames, Aria returned to the Carina ship. Aries and a few other crewmates aboard Carina went to greet Aria on a life raft.   Aria sang with her soft, calming voice.

Who lit these songs for me? These little fires in the sea?

I lit these songs for you, with the heart of the crew beside me.
Now our way is calm but the sea is not
dear Aria, dear Aria,
can we trade you hope?
Our love for your kindness
Our ship for your safe life.

Aria sang notes of sorrow which echoed in the silent air. Her usual fog was weak and her long ears fell low.

She said. Aries begged her to say more, unable to interpret her sadness.

Aries and his crewmates returned to Carina. Troubled by her despair, Aries thought long and hard about how to help her.   It is at this point where the legend splits into various versions. Some versions say that Aries found the Impossible Sky Gate and begged Aria's father for the Everlasting Fire, to relight Aria's lantern. Others say that Aries willed himself to become a dandelion lotus himself and lit himself alight for eternity. Others tell of Aries commanding the Carina ship to forgo ancient technology that 'made the skies and lungs black', but died in the dismantling process. Each version tells of Aria finding Aries' dying body and weeping, and of her last words to the Carina crew.

And with that, Aria's lantern broke. She joined the waning light and became one with it, causing a great heat to accelerate across the sea, the ocean and the entire world. Her last act is said to have destroyed what was left of the past, and brought with it something new and life-changing for all humans. Magic.

A long time ago humanity lived on ships called ISAACs. They were large enough to sustain a substantial population for thousands of years. However, over time, it became impossible for the crew to maintain their ships and way of life. Eventually, most of humanity returned to land, finding it hospitable and safer than the developing danger in the seas.    Few legends tell of the life on board the ships, and much of the evidence that they existed at all has been lost or forgotten. This makes The Love of Aria and Aries particularly interesting for scholars. 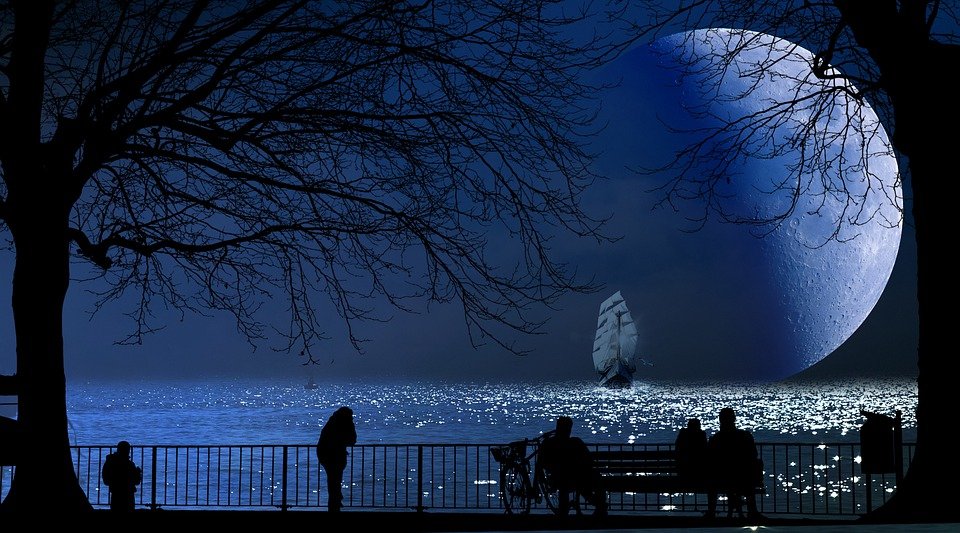 To this day, dense fog can appear on Taru and Cantari shores. In Taru, dandelion lotus are lit on the shores, along with messages of thankfulness and wishes. In Cantari, specially chosen ships that are traditional to the particular coast city will sail on the edge of the fog and sing songs or perform fire magic.

This is a neat article; I am now wanting to add more in-world mythos to Val-mundi as official articles rather than excerpts in existing stuff. I especially enjoy how the article isn't too long and gets right into it, specifically the "Historical Basis" section. Also, I thought breaking up Aries and Aria's conversation with blocks of differently-formatted text was a good way to keep my eyes from getting lost.   TLDR: Good job! You made an article I legitimately liked!

Thank you Chimera, that was a really kind comment <3