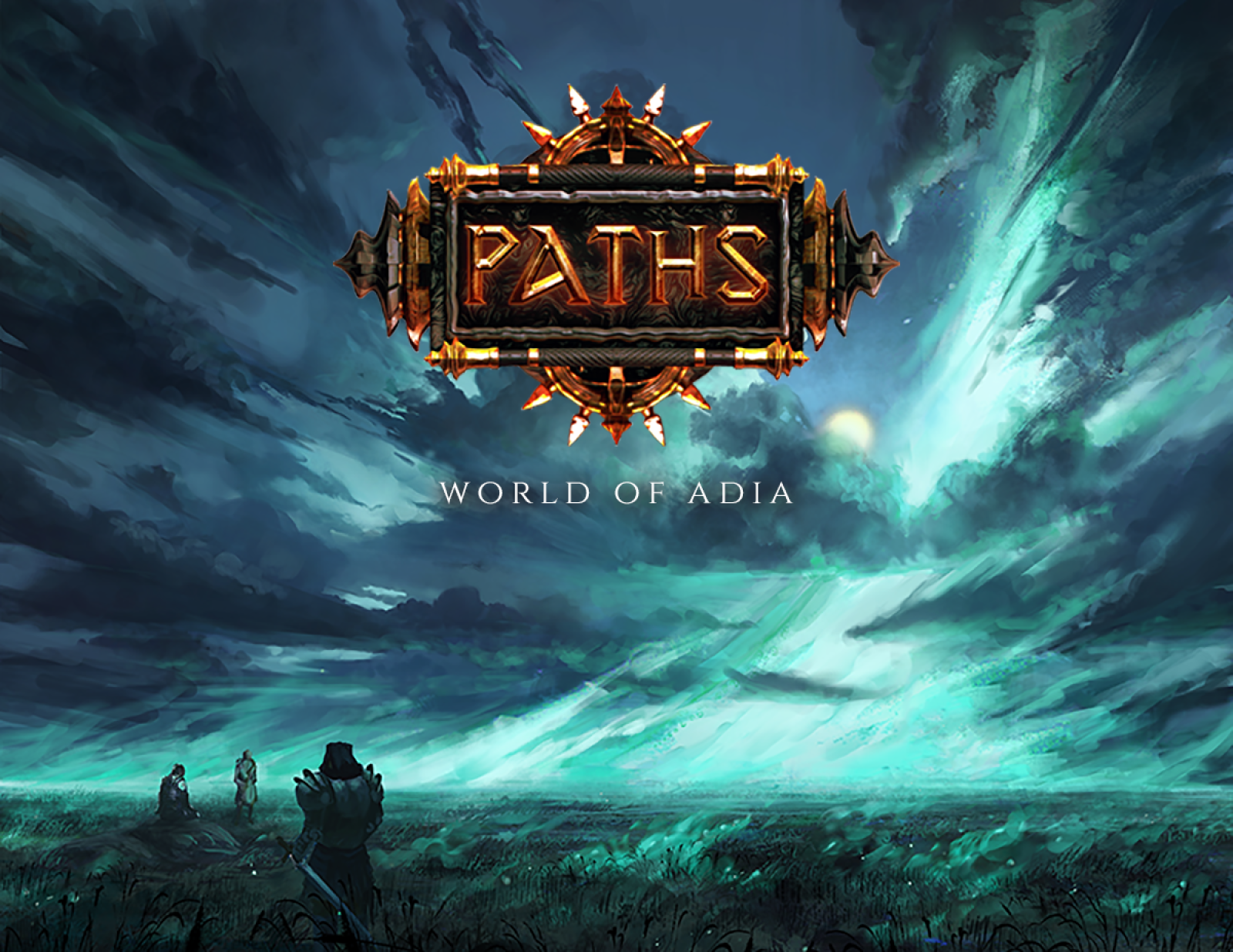 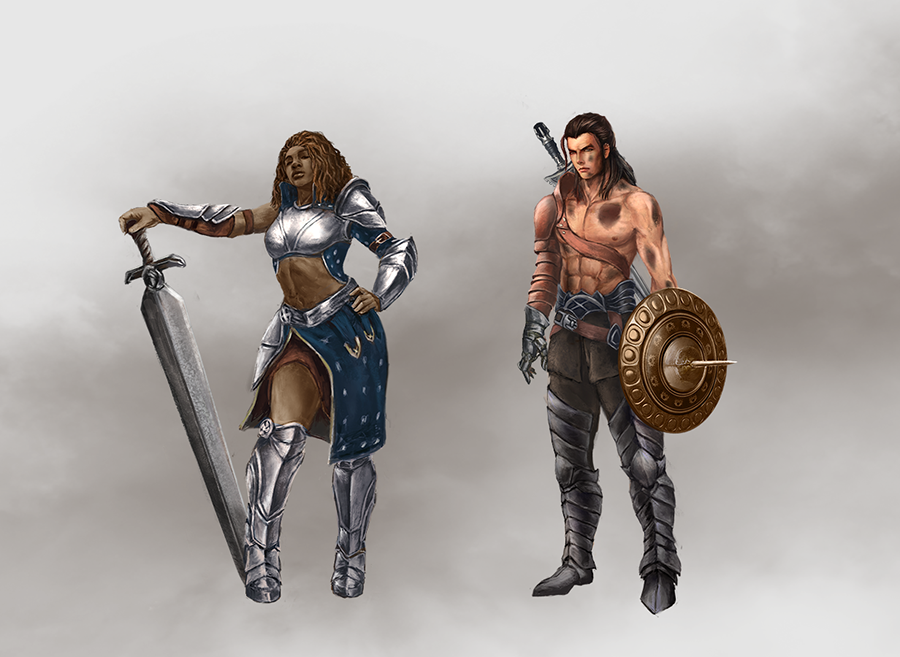 There are those that say that it is a curse to be born Human. It is not uncommon for Courser families that give birth to a human to be subject to increased scrutiny. With a racial name that literally translates to "defect" it is part and parcel of a Human's life to be judged, looked down upon, and treated as worthless. While this is not true of every Courser, particularly many of the families that have human relatives themselves, the suspicion is more than enough to bring most Humans to rage, despair, or apathy. This split within the Courser kingdom on whether or not to treat Humans with kindness and pity or distrust and cruelty was further exacerbated by King Ibhar Malthus's choice to banish all Humans from his kingdom.   This decree came shortly on the heels of the murder of the King's parents and the disappearance of his human brother Ayreeli. The King has made no secret of his suspicions that his brother is the reason for their parents’ early deaths. Meanwhile, no one has found any trace of Ayreeli Malthus. 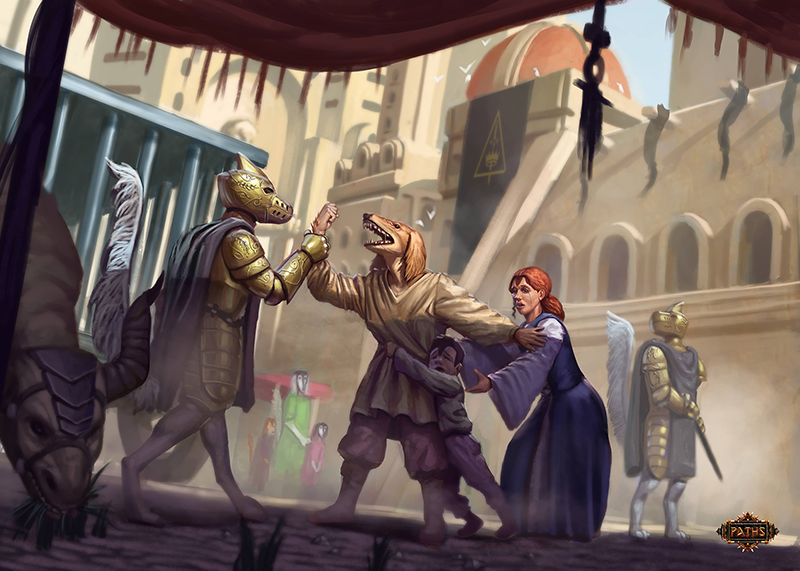 Humans must tolerate and accept the fact that they will never be embraced or trusted fully by their Courser counterparts. Those that do not succumb to despair push unrelentingly through life's hardships and trials no matter the odds. This ability to carry on with no hope in sight has led innumerable individuals of other races to harbor a certain fondness for Humans and their tenacity. Along with a seemingly endless well of determination, anyone who has been around Humans long enough to get to know one will say that they are the more caring and empathetic individuals they know. Many believe this is because Humans can relate to anyone that has been looked down upon while others believe that it is because Humans have nothing but their connections to others to rely on.   Their strong will and compassion paired with their emotional and mental stamina makes Humans great leaders on the rare opportunities that they are granted a chance at leadership. This trait has become increasingly known since the Humans were taken in by the Cenzai as many of the races previously allied with the Kinsworn give little credence to their status as defects. Humans in a leadership role are known for their empathy, steadfast determination, and willingness to listen to those that follow them. 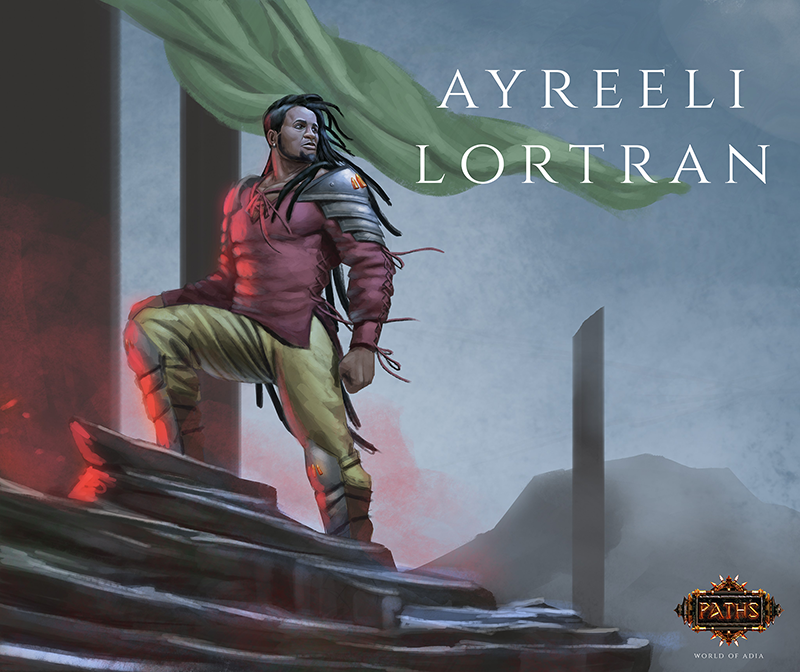 “Give us a new name on the spirit magic gems of white. We will stand commissioned searching for those valiant enough to fight for our right to live.” - Commander Ayreeli Lortran

The strong wills and hearts of the humans have given them a certain level of brother and sisterhood that shelters them from their status when left to themselves. When given the chance to rally and prove their mettle humans can easily break past the barriers that their "defects" would normally create.   However, humanity has only been given a true opportunity to shine only a handful of times since they began to appear within courser lines. The first, and most historic of these times was during the battle of Reric Holdt in the times of the Abyssal war, and again in the truce following the recently ended faction war. During these times it is easy even for their courser counterparts to forgive the circumstances of their heritage.   Most typically, humans expect and give their best to one another which has led to a certain amount of peace when they are among their comrades. This peace is a direct result of their shared expectation to support one another, give their strength to any who should need it, and speak from their hearts in times of tension or danger. Humans are one of the few races that would run into a burning building to rescue a complete stranger and expect no reward.   Their oft troubled pasts have granted humans the gift of being adaptable to whatever situation they may face. They are a people of survivors and they will not allow any social fetter to chain them or lessen their ability to care for one another.   As a human, your love for your people is all-encompassing, but your trust is only rarely given - even to those you love- to avoid allowing any further harm to come from an untruthful friendship. Those that gain the trust of a human gain someone that will go to any length to protect and help them.

“Let me share my broken blood with you, friend, as today we die in battle.” - Zeeb Corelight

Unlike the strong and patient Tuskaar, the socially gifted Paradisian, or the swift and dual-natured Coursers, Humans are the only race without a clear power. They can neither leap like a Cenzai nor become a genius in their studies like an Orc, but are able to react to change by learning many sets of skills.   At first, their training is tiresome, intense, and seemingly without end. In the end, however, their work pays off as just about any human will ultimately succeed in some level of mastery of their chosen pursuits. While they may not be perfect at any one thing, they have proven time and again to have the ability to be competent at many things to be able to compensate for areas they are lacking.   Humans are unmatched when it comes to their adaptability to most anything. This is a fact that surprises and baffles nearly all other races which rely on the specialties of their races to guide them through their lives. Humans, however, seem able to choose any path they so desire and they have the tenacity to overcome whatever obstacles present themselves to them.

“When we speak with fire, we break our chains.” - Constenya Ensha