Andromache was raised as a princess of Cilician Thebe, the daughter of King Eëtion and an Amazonian war bride who gave Andromache her name. She moved to Ilion when she married the Trojan crown prince, Hector son of Priam, and the two lived happily ever after...   until the war.   First came word that an Achaean force, led by Achilles, had invaded Thebe and killed Andromache's parents and seven brothers. Then, in the ensuing siege on Ilion, Hector lost his life to Achilles in ill-advised single combat.   Now, Andromache mourns her husband while trying to protect her toddler son, Astyanax, who is Troy's best hope for the future. 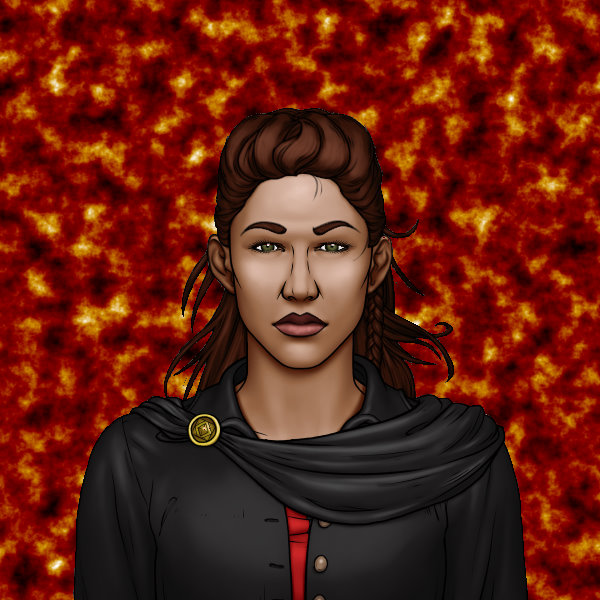 Andromache is thankful to have Priam as her father-in-law and quite a number of brothers- and sisters-in-law around her at Troy, although she has a strong dislike for Paris and Helen for being the cause of Hector's death. She also gets along poorly with her mother-in-law, Queen Hecuba. But her pride and joy is her son, Astyanax.

For a recent widow in mourning, physical appearance is not a top priority. Andromache appears weary yet resilient, with wild hair and red eyes, dressed in torn robes of mourning black.

In her sorrow for the loss of Hector, Andromache is prone to striking out at everyone around her. She blames Paris and Helen for prompting the war that took Hector away. She blames Queen Hecuba for supporting Paris. She accuses Penthesileia of thinking she can take Hector's place as Troy's protector. And in her grief, Andromache is prone to disregard the civility of her position and society.

Andromache, although the daughter of an Amazon, was not trained for war. Still, she has a natural grasp of strategy and can recognize weak points in Ilion's defenses. When she raises one of her concerns with Hector, however, he disregards her good advice.

In 19. "The Judgment of Paris" in Amazons! , Andromache confronts Paris despite the disapproval of Hecuba. This goes badly when Andromache realizes that even the gods side with Paris, in a charmed life where others experience all the negative consequences of Paris's bad choices.   In 21. "Who?" in Amazons! , Andromache confronts Penthesileia despite the disapproval of Priam. However, this turns out to be a bonding experience that officially brings Penthesileia into the war.

Andromache is one of the most beloved characters in the Iliad for humanizing the loss and pain of war and its effect on the home front. Her marriage to Hector is one of the healthiest relationships in the story, one of caring and mutual respect.   Andromache, in Book I of the Posthomerica of Quintus of Smyrna, keeps her doubts about Penthesileia to herself.
Ultimate fate
Andromache survives the Trojan War but is enslaved and taken away by Achilles's son, Neoptolemus. In Greek tragedy, Andromache's slave status is reinforced after Neoptolemus takes Hermione, daughter of Menelaus, as his legal wife. Hermione tries to have Andromache killed in order to monopolize Neoptolemus's affection, but her efforts are rendered moot when Neoptolemus is himself killed by Orestes. 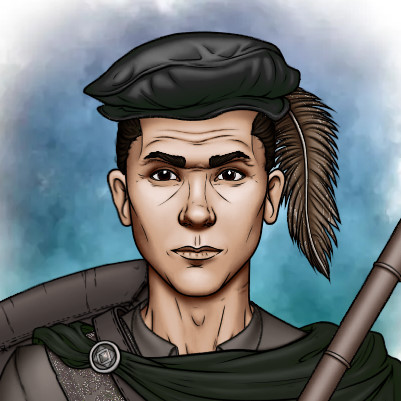 I liked Andromache in Homer's Iliad. She gives Hector some good advice that he doesn't take, and that's what gets him killed. Then, her reaction to her husband's death is absolutely heartbreaking. One of the strengths of the Epic Cycle is that it shows the effects of war on both sides.   In the Quintan Penthesileiad, Andromache keeps her thoughts about Penthesileia to herself. In my Penthesileiad, she speaks them out loud, because conflict reveals a character even more than our being inside the character's head.   How do you think I did in developing this character? Let me know in the comments!
Please Login in order to comment!
Powered by World Anvil