Furstek is the stubborn and strong willed Arcturian Delegate responsible for convincing the Church of the Heathen Prophet to launch Arcturia into a new age of trade and prosperity, all under the guise of a surrender.

Most people would have given up after an accident like that, but not Kalia. Give her a handicap and she'll repackage it as a strength.
— Smirnyal Captain at Arms

Unlike many Arcturians Furstek is not physically fit or capable in combat. A military training accident when she was in her teens resulted in severe damage to her whole right side. Even with attention from the best Healers in Smirnyal she never fully regained the use of the affected limbs. As a result she walks with a slight limp and learned to rely upon her left hand for tasks involving fine motor skills.

Traces of the accident that handicapped Furstek can be seen in the form of a burn mark extending up her neck and lower right cheek. The rest she keeps hidden by her choice of attire.

Furstek's right hand constantly shakes with a slight tremor due to her accident. As a result she uses her left hand only whenever possible.

A military training exercise in her early teens left Furstek severely burned down her entire right side. In spite of the attention from the best Healers in Smirnyal she was left with a permanent tremor in her right hand, ending her Leathersmithing apprenticeship.   Her parents reached out for educational alternatives for their daughter, requesting assistance from friends in pressuring the city council into acknowledging the failures of the instructor which led to her handicap. With very few educators within the city and no travel permitted through the hostile wilds outside Smirnyal her options were limited without assistance from the council. Eventually they gave in, sacrificing space in their trimonthly portal transfer from the capital of Leavara for a Communication Token and several thick leather tomes for Furstek.

The day of my first lesson with the court historian is the day my life began in earnest.
— Kalia Furstek

Furstek devoured the tomes. She poured over records of history and politics throughout Arcturia's history, reading by day and grilling Leavara's record keeper by night. When she learned all she could from the kindly historian he found a new tutor in the form of Leavara's Captain at Arms, and thus her training in the full military history of Arcturia began.   As each new tutor reached the end of their experience Furstek begged for more. Over time the bright young scholar built a network of friends across Leavara and, eventually, the rest of Arcturia by convincing her friends in the capital to send Communication Stones on her stone's network to each of the seven other isolated cities of Arcturia.   Furstek's insatiable quest for knowledge, coupled with her successful efforts to build networks of friends throughout Arcturia, laid the foundations that eventually led to her successful efforts in the world of Arcturian politics.

Negotiation is nothing more than reading between the lines and showing that the common ground is all that matters.
— Kalia Furstek

Furstek is best known for her role as the lead negotiator in the Annexation of Arcturia. Arcturia had recently negotiated a peace with the Frost Fae to end The War of Generations and had begun to rebuild their lives around the newfound peace. In the middle of this transformation the Crusaders of the Church of the Heathen Prophet arrived and demanded that Arcturia surrender and join the territories controlled by the Heathen Church.   Furstek recognized that their new peace with the frost fae was fragile and believed that a war against the Heathen Church could potentially reignite the War of Generations with the fae due to the animosity still harbored by the older generations. The newly elected delegate of Smirnyal had already garnered a reputation due to her participation in the organization of Arcturia's peacetime government and her petitioning on behalf of the peace with the frost fae. She used this goodwill to petition King Durkot Stormwild IV for the role as lead negotiator in the talks with the Heathen Crusaders.   The resultant Arcturian-Heathen Accord was a masterwork of subtlety. Furstek convinced the Heathen Church to propel Arcturia into a new era of global trade and prosperity, offering in return to open trade with the Northern Reach and rename the title of the ruling monarch to Regional Speaker.   To the Arcturians' surprise the Heathen Church eagerly accepted the agreement, parading the treaty as proof of their superiority and divine right to rule. The Arcturians meanwhile elevated Furstek to the role of a beloved champion of the people, with the other government delegates decreeing the second day of Rebirth to be a national holiday in her honor, despite her protests against the motion.

Furstek is not gifted with magical prowess or super powers, relying instead upon her sharp intellect and a deep understanding of people. These skills are more than enough to earn the trust of others on both sides of the negotiation table. Furstek has a skill with presenting the facts in such a way that both sides determine they want the same thing.

After centuries of war with the creatures of the forest our own youth have paved the way for peace. And now you propose tossing their gift aside for the sake of 'convenience'.   Call it by its real name: Fear.
— Kalia Furstek to the Delegates of Arcturia

Furstek believes in her people, with a constant desire to help those around her achieve their best as a society.   When news of the efforts to end the War of Generations reached her attention she originally resisted in the belief that it was a trap to weaken Arcturia so the recently discovered Frost Fae behind the attacks could regroup.   She was so passionate and skillful in her reasoning that the young men and women who had discovered the frost fae invited her to meet their formerly hostile neighbors. She returned from the trip with a newfound understanding of the devastating power of fear, both the fear of the fae that had driven them to war and also of her own fear standing in the way of ending that war.   From that point on she became an outspoken voice for peace. When the eight remaining cities of Arcturia were able to reunite, forming a legislature under the now-symbolic king, she handily captured the vote for one of Smirnyal's Delegate roles to spread her messages of peace and rebirth through the laws of the land.

Always tell them you know the answer. By the time they suspect the lie you'll have figured it out.
— Kalia Furstek

Furstek makes a point to appear confident and well-informed when addressing others, even in cases where she is not. In spite of the occasional mishap her quick intellect has served her well, earning her a reputation as a capable and knowledgeable problem solver.

Don't let her smile fool you. We call her "The Honeyed Dagger" for a reason.
— King Durkot Stormwild IV

Furstek is quite amicable in conversation, readily adopting a jovial tone even when faced with insults or threats. This is generally quite disarming and has caused many a verbal opponent to falter or underestimate her. Both are a mistake.

Kalia Furstek grew in prominence within Arcturia as her network of influence grew with each new tutor. King Durkot IV had heard of her through many of the palace advisors and finally had the opportunity to meet her during her efforts to on behalf of ending the War of Generations by making peace with the Frost Fae.   Impressed, he supported her efforts for election within Smirnyal's local council, and leaned on her influence to assist his own efforts of reuniting the states into a more centralized government after the War. It was only natural she become a delagate to the Arcturian Council in Leavara, eventually negotiating the Annexation of Arcturia with the Heathen Crusaders.   Throughout the many changes witnessed by the Arcturians during King Durkot IV's reign, from the end of a centuries-long war, to a complete restructuring of the government, and finally the avoidance of another war with the Church of the Heathen Prophet, Kalia Furstek remained a loyal friend and staunch ally.

King Durkot IV and Kalia Furstek both believe in the people of Arcturia and wish to support the strength and prosperity of the nation and its people to the best of their abilities. 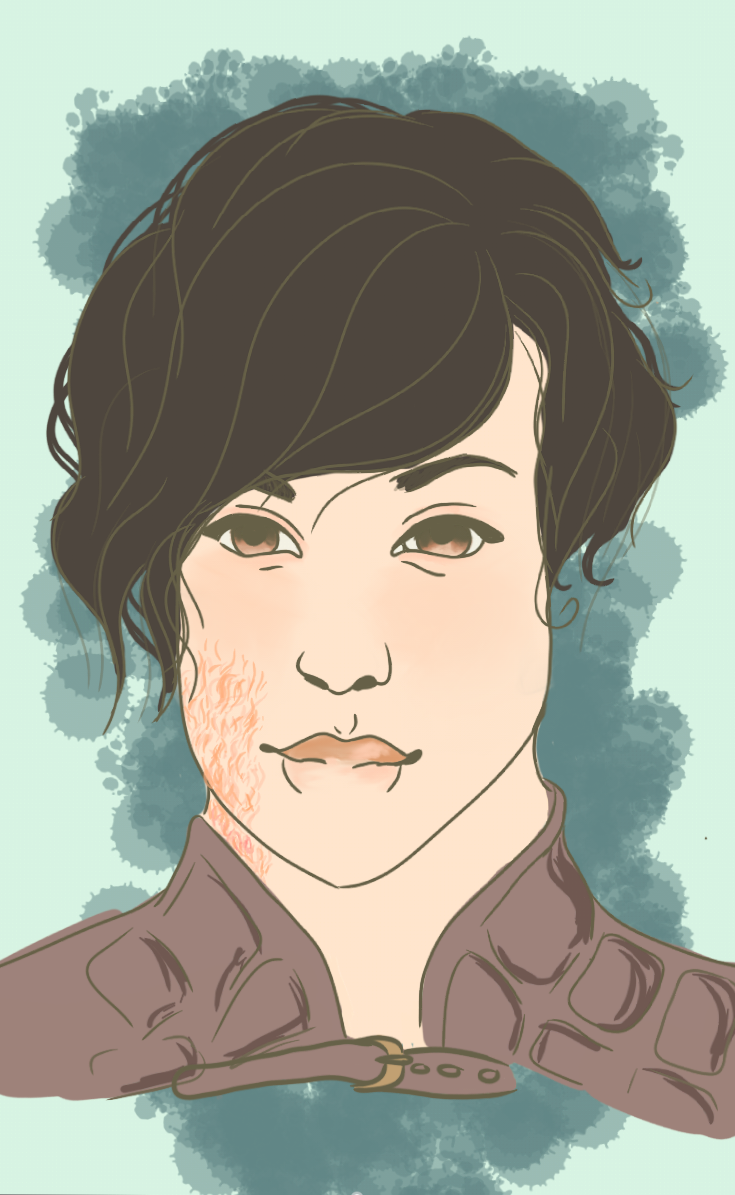 Don't sell yourself short. Labeling something impossible is just making excuses not to try.
— Kalia Furstek

The best part of being the inconel fist in the deerskin glove is that most people never need to see past the deerskin.
— Kalia Furstek

You don't need to know everything. You just need to know who can find the answers you need, and know enough to tell when they're lying.
— Kalia Furstek

When a large army of Heathen Crusaders marched on the country of Arcturia, a shrewd diplomat negotiated a peace treaty to launch her war weary country into a new era of prosperity.

Forged by centuries of defending against magically antagonize wildlife, Arcturia is an old country skilled in the arts of war with a young heart yearning for peace.

Church of the Heathen Prophet

Smirnyal, City of Rebirth, is the southernmost city of Arcturia, birthplace of the famed Kalia Furstek. It is named for Smirnyal, Druid of Rebirth, representing the fourth month in the Druid Circle of Life calendar and beginning of the planting season.

I really like that you've nicknamed Kalia and that you've included a couple quotes from other people. It's also great how you've given your character a strong backstory and an interest/knowledge base outside of politics.

Thank you so much! I wanted to give her a little depth, and I didn't really want a career politician. Thank you for your kind words, and for letting me know I succeeded. <3 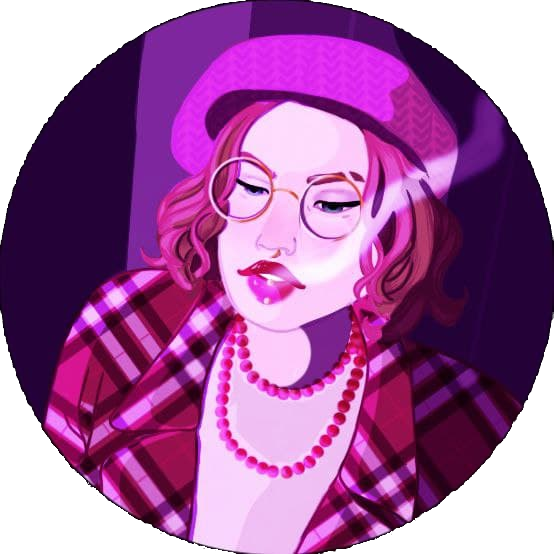 1. *cough* thats some *cough* handsome art you've got there! (I'm sorry, couldn't help myself xD)   2. That first quote. Oomph! Its short, its sweet and it gets to the point, absolutely perfect. It conveys so much about her character; firstly that she has friends close enough to give her cute ass nicknames. Secondly that she has suffered a tragedy, and thirdly that she has persevered through it, that she has a strong spirit. Absolute 10/10   3. She's not a fighter, she's not a warrior. I am a sucker for those types of people. By regular standards of her people, she is not actually all that good from the get-go. Real underdog, and I can appreciate that even more. So she went into academia, and she excelled at it despite being perfectly ordinary. I love it.

Thank you for your kind words! <3 1. Awesome art, absolutely. Best part of the page. ;) 2. I love that quote. All those awesome bits you mention were not intentional when I wrote it... But I think that's why it works so well? 3. I am a sucker for outcasts.   Thank you so much for your kind words. <3

You did fantastic with this article solarcat! I really enjoyed the bring up with a handicap and how even with a physical disability she was able to conquer the enemies with shrewd negotiations and brokered treaties.   The art is fantastic and your layout is great. Thank you for submitting to the Premier Politicians Challenge!