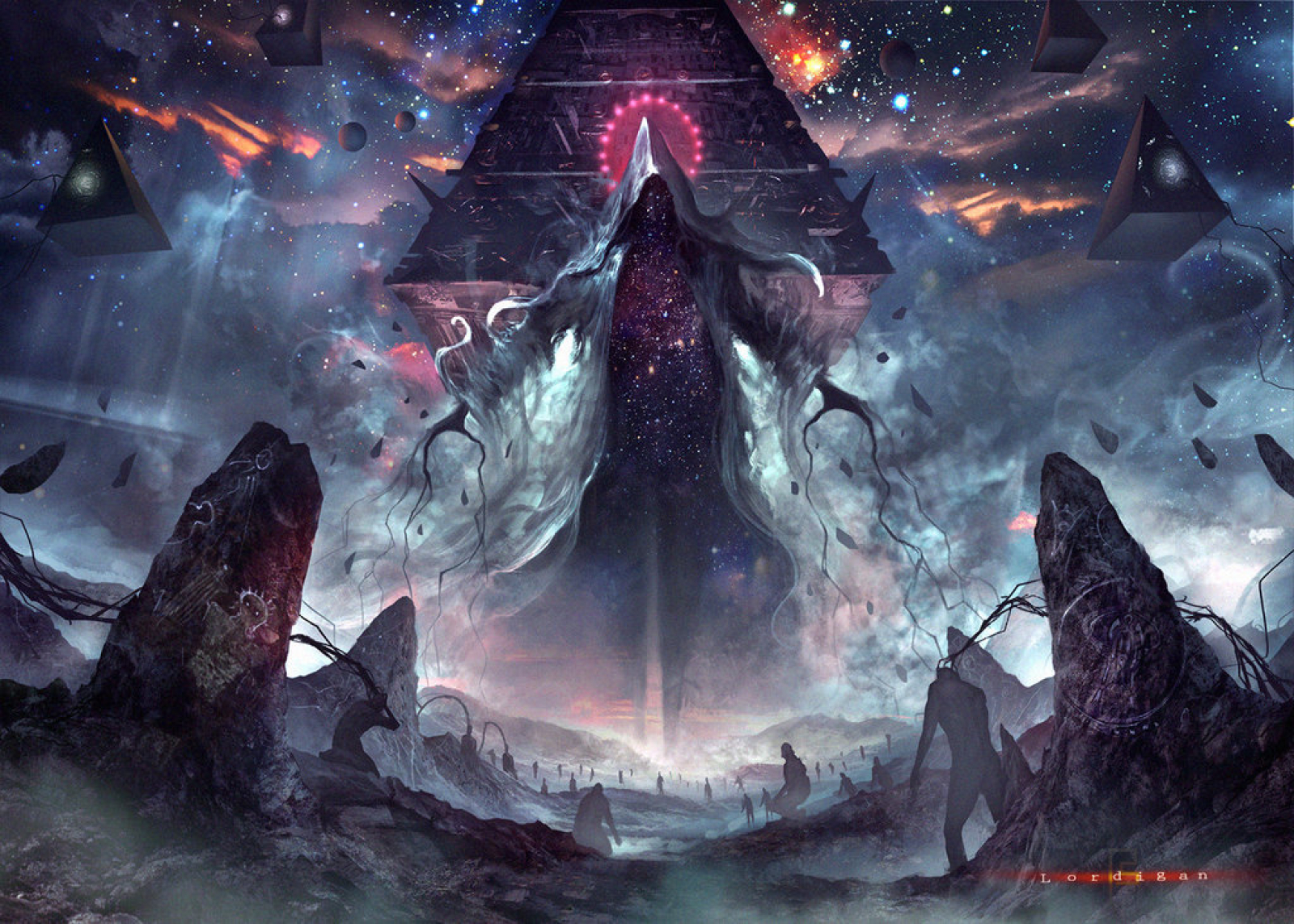 The Eater of Stars

"The void stranger is an anomaly, an outsider to this reality. He is the careless smudge of ink in the margin on the manuscript of the world. He is the dashed hope and the crushed dream. He is the one who takes back granted wishes and answered prayers. He grants The Dread Powers to his followers for he does love us so. He foretells the end and serves as the voice of salvation for those who listen and an ominous warning for those who won't..."

There's very little that can fully be understood about the Void Stranger. To put it bluntly, without regard to what the people of the world know, The Void Stranger is both the domain of the Void and a Titan of the Void. The importance of this distinction cannot be overstated. While the Titans often serve as the conscious thought of a domain, they are not the domain itself.
This makes The Stranger one a most powerful celestial beings in existence. Not only does he command the power of the Void, he is the void. his powers are only limited by the void itself.

The void consumes everything it touches and changes it...twists it into some strange form that shouldn't be. It does this for the sake of doing it and no other reason.
The void, it seems is almost driven to do what it is that existence does not allow. It is the existential troublemaker and the void stranger is it's most cherished and only class clown. It is widely believed that no celestial adheres to the void. In fact, most Celestial entities are completely terrified of it. People, however, are easily swayed especially the ignorant.

The otherness of the Void stranger often stems to those who are loyal to it. His chosen bathe in the void, gathered from many places and many times from the distant future to the far past. They are hurled kicking, screaming, and cackling into this world. They arrived naked and changed and from that moment forward they rededicate their upturned lives to serving The Stranger. They travel and hunt shamans, the few who can easily discover The void Stranger, who is a secret to most in the world. They seek and kill any who may challenge him.

For these reasons, the stranger cherry picks the most brutal and efficient killers from across time and space. He watches and whispers to them, he gives them nightmares of horror and beautiful madness.
When they are ready, should they desire, he takes them and displaces them. He enthralls any and all that comes into contact with the void. He burrows into their minds and takes control. Once he has you, you are gone. He watches the world through countless glittering eyes. For the chosen who prove themselves worthy, he adopts them in a most terrible baptism.
He changes them and transforms them into the collectors and sends them forth. His Scions will then spread the void and cause the many Universal Maladies that plague the world. 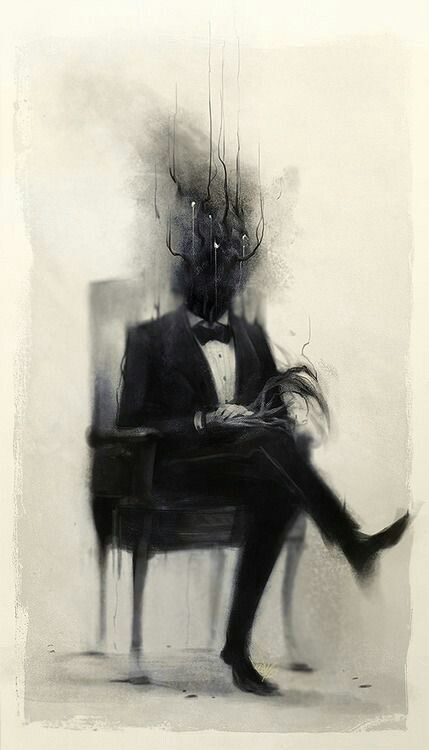 by damie-m on deviant art

Do you know him? Old Whisper? He dwells within all of us. You feel it, I know you do. That emptiness inside you, that's him... I wonder: Have you heard the whispers yet? They came like a wave, for me.
I gave in. I decided to look into that empty void and I fell in love. It was his eyes... eyes that glitter.
Do you really think this is the first universe he has consumed? What can you do?
He eats stars...
And we are all made of stars.
— The Countess, Dread Daughter of the void.