The following content in this world may be disturbing to some readers. Viewer discretion is strongly advised.
This world contains anxiety, depression, heterosexism, homophobia, transphobia, racism, suicide and attempted suicide, slavery, scenes of self-harm, survivor's guilt themes, violence against LGBTQ+ characters, death, murder, violence in general, child abuse, vulgar language, and sexual themes.
If you experience any triggers to one or more of those listed above, please refrain from looking at this world.

As a soldier, your scarred body reminds everyone what you are fighting for: revenge. You can never forgive the Moonlight Expanse for what it has done to your family, your home, your empire. This will reveal all secrets and spoilers regarding the Itude Empire, such as hidden plots, relations, and historical events.

You have chosen to fight back against the Itude Empire and all that they stand for. You wish to see the empire brought to the ground so that it may be rebuilt with peace and equality in mind. This will reveal all secrets and spoilers regarding the Gears Rebellion, such as hidden plots, relations, and historical events.

A Rebellion led for Peace and Justice

The Gears Rebellion was constructed in 2013 EoL as a way to right the wrongs of the past within the Itudean government. Those who joined with the rebellion become hard workers that sought only peace and relief. The main hierarchy of the rebellion starts with the general at the top and spy at the lowest rank.   They are a group of humans and low-status vampires who have been kicked from their homes for refusing to accept the Itudean way of life. Slowly, but surely, this rebellion has been spreading across the Itude Empire, gaining new members from those who wish to upend the way the empire is run. With Zion Reose as their leader, the Gears Rebellion believes they can do anything!

The Gears Rebellion lives in secrecy, hiding away their true nature behind a mask that appears as though they are loyal to the empire. Those who are caught are often punished and Zion works his damnedest to find his rebels and free them before they are put to death for staging a coup against their emperor. They often meet in rundown places or taverns hidden in back alleyways, away from prying eyes.   Their rebellion wouldn't be complete without a hierarchy to keep them in line. Zion is, of course, their leader, making sure everyone has a place in the rebellion and is never left out. He has all their names memorized and makes sure their jobs aren't too hard for them. The sole purpose of this is to have at least one person in each sector of the empire looking for ways to overthrow the emperor and finally bring peace.   There is one main goal that nobody talks about and that is the ultimate justice against the royal family. The family has made plenty of enemies within the expanse, but none quite so much as the Gears Rebellion, which leads to the rebellion plotting to take overthrow the empire's government so that they could place a proper leader in charge and get the emprie back on track. 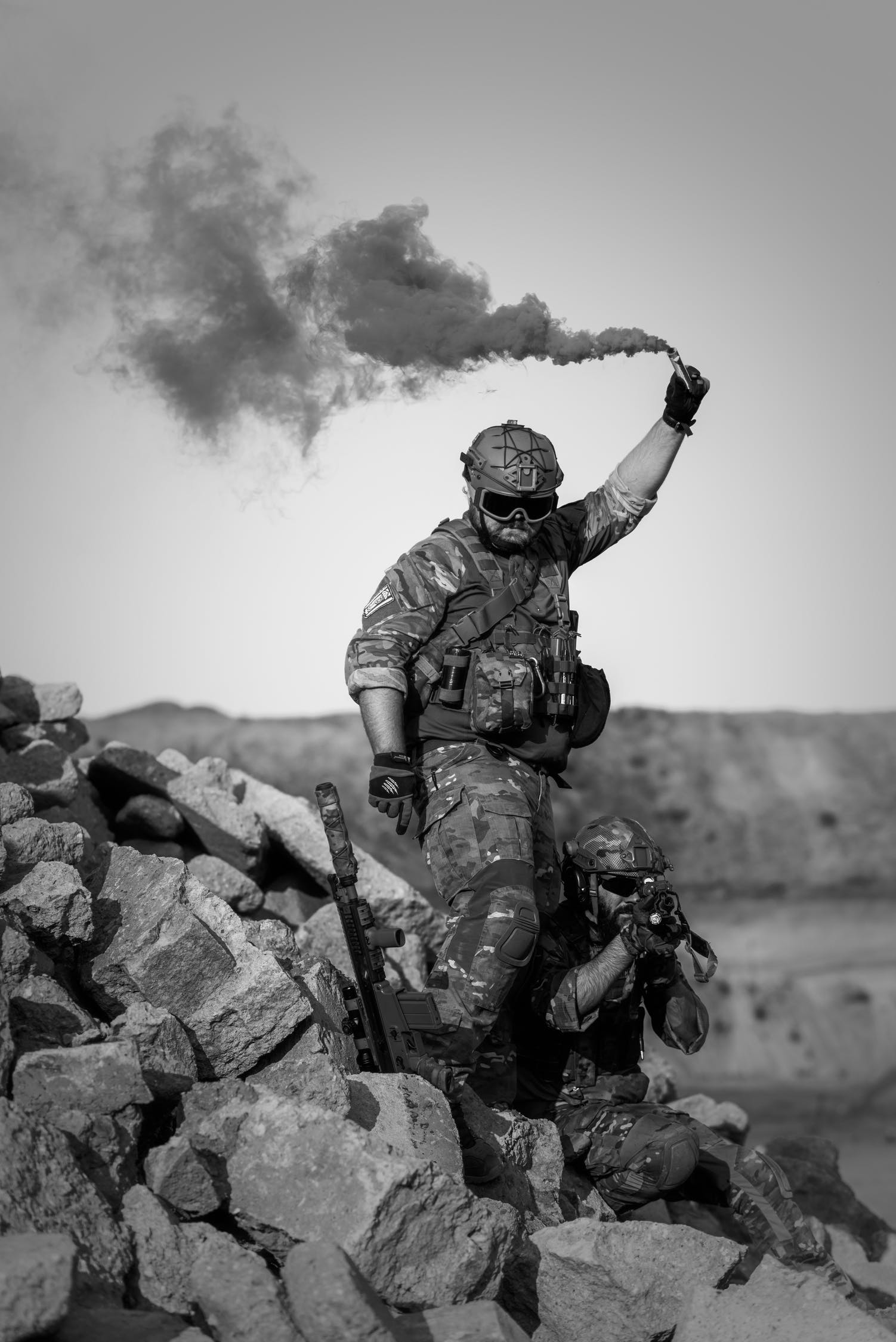 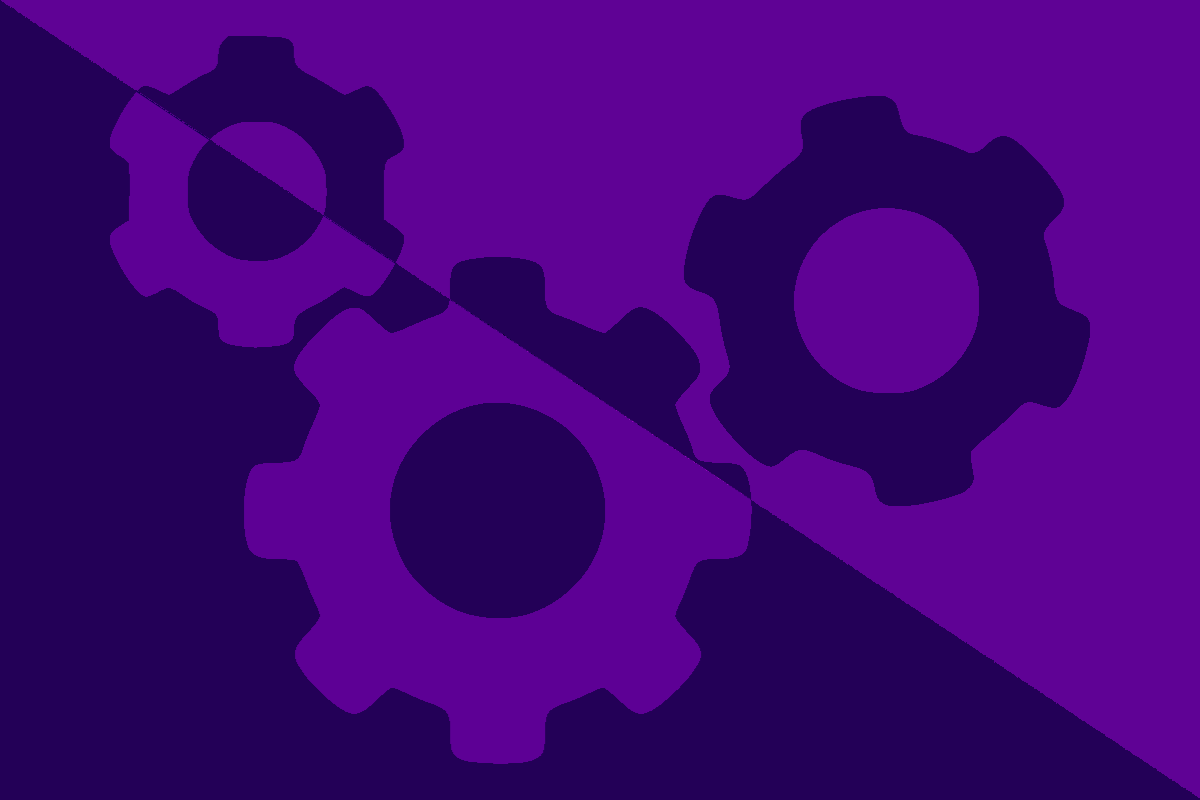 The symbol of the rebellion is naturally a set of clock gears that seem to be rotating. Magick is used to make the gears "move." Most times, the symbol is painted on buildings or on the ground near sewers, underground rooms, etc., and are almost always red, purple, or blue in color.   At one point, a pocket watch was considered, but Zion quickly threw that idea away when one of his allies started giving him pocket watches as a secret symbol / type of communication. Zion did break down and start using the pocket watches as a danger informer.

"We fight for justice, for peace, for freedom! Any who dare threaten us will taste the sting of our blades! We are the Gears Rebellion!"
— Zion Reose, Gears Rebellion Leader

Zion Reose has many goals in life, but he mainly enjoys helping those in need. When in doubt, he resorts to many different techniques that are used to locate various hideouts, convoys, and army patrols. He is seen by his peers as a loyal leader who would gladly sacrifice his life to save his friends. 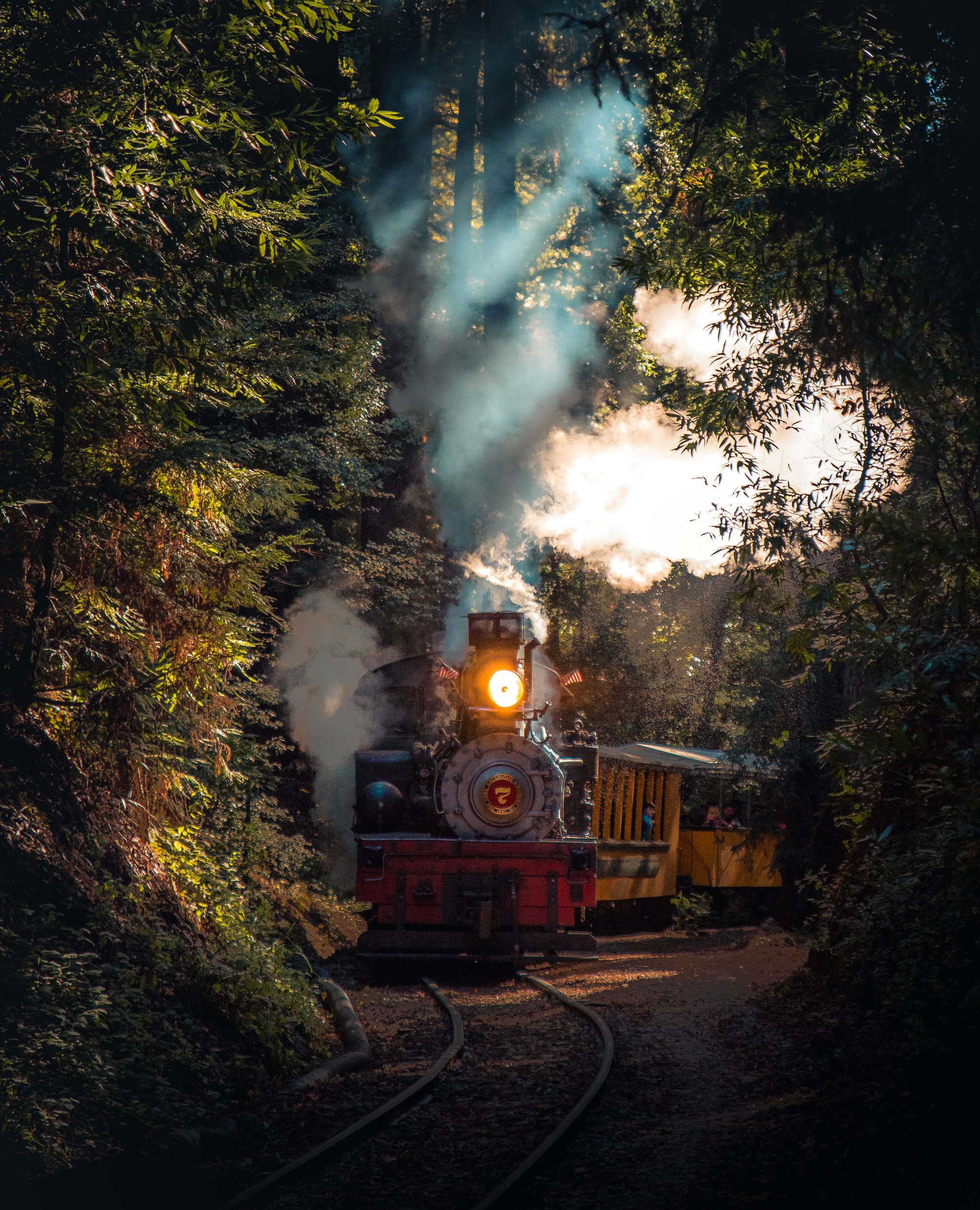 The Defender by Casey Horner (Unsplash)
For those in the rebellion, wealth comes from a set of various things, such as the Defender, the Bleeding Rose, and miscellaneous weapon stashes around the major cities that the Gears Rebellion operates in.   Money isn't really a problem ever since the rebellion obtained their main vehicle of transport, the defender. But if money is needed, many of the rebellion members have jobs so that they can squeeze money from their paychecks.

Those who join the Gears Rebellion often find themselves having one or two higher command units above them giving them orders. The humans are often asked to spy around the villages, towns, and cities to see if they can locate any new information on the empire, while the low-status vampires are told to be part of the military, collecting whatever information they can use against the empire when they stage an attack.   Only Zion is said to have access to Vol'nische, the capital city of the empire. Thanks to his connections, Zion is the reason the rebellion can operate to the best of its ability.   Most of the rebellion is made up of Itudean ethnicity as that is what the citizens of the Itude Empire call themselves.

Because of the rebellion growing stronger every day, the Emperor issued an arrest warrant for any Gears Rebellion members. Those who bring any information to the Itudean Army on a Gears Rebellion meeting or manage to capture a Gears Rebellion member will be rewarded with 2,000 Itudean Silver. This has stirred quite a large portion of the public into rallying behind the empire and hunting down the Gears Rebellion as most of the citizens desire to have currency during hard times, such as the war.   A few other notable members are Uncle Freddie, Audrey Vespera, and Kiara Fern, the close friends of Zion and members of the band Society Rejects, which was what the rebellion first started out as. 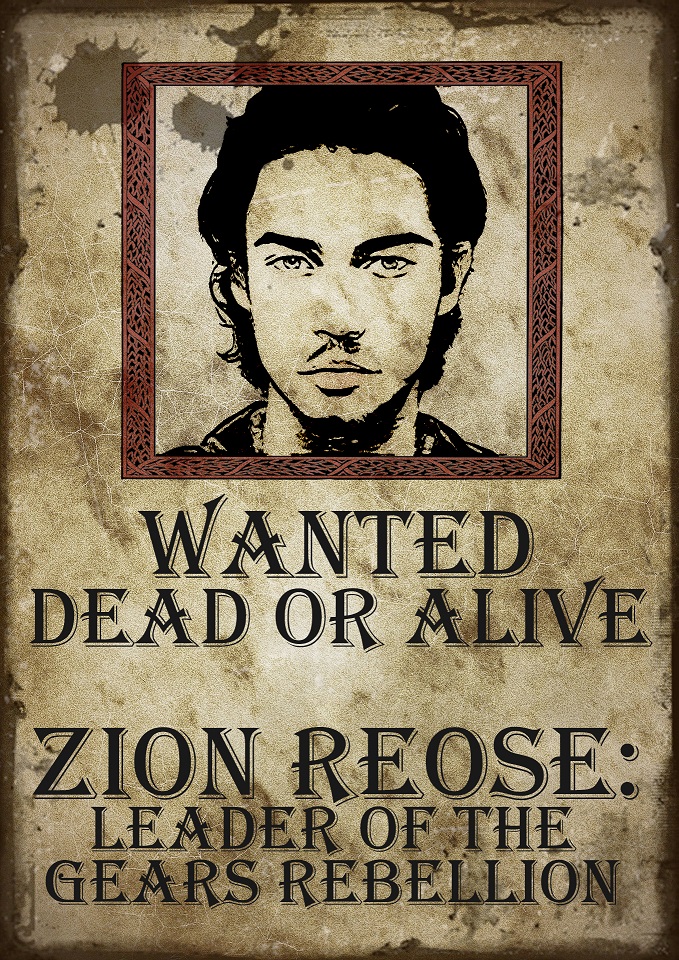 The rebellion was founded in 2013 EoL by Zion Reose and a group of his companions in the Bleeding Rose. Colonel Seven (a.k.a Uncle Freddie) created the room as a secret lounge for his close friends in the city. Soon after he met Zion and got close to him, becoming best friends, he offered him a place in the secret lounge.   It was not long before Zion started talking of a rebellion and Seven became interested in what the rebellion had to offer. Zion knew that Seven was struggling financially to survive in the empire during the midst of a war, so he lent Seven a hand by bringing him into the rebellion. Seven and his friends started to help Zion with planning and even added a Gears Rebellion General's Office for him to work in during downtime. With a few spells tacked on, Zion implemented the magick used to keep his friends safe and away from the dangers of the emperor.   They eventually got the Defender in 2014 EoL by rounding up a bunch of rebellion members to ambush the train in order to have a vehicle that spreads joy whenever someone sees it. Little did they know that they were borrowing a train that had some the surprise of a lifetime. The train was full of Exotic Pets and when Zion offered to have them join, it grew their numbers for the rebellion.   From there, Zion began staging many more rebellion strikes, taking down corrupt corporations, saving people, and slowing down the production of dangerous warefare weapons, which eventually led to the biggest strike in 2015 EoL, when Zion led a group into the Vol'nische Palace to rescue two children about to be executed for stealing some food from the palace kitchen. After witnessing a selfless act from Zion Reose to save those two little children without any care for himself, a bunch of the empire's people became afraid of the empire, yet they do not voice it and continue to submit to the empire's cause.   However, the heist nearly went off without a hitch when one of Zion's team members caught sight Crown Prince Kěith Cheonsa and attempted to kidnap him to get the emperor to surrender. The kidnapping brought the palace guards on them, leaving them without many places to hide. The kidnapping brought them to a small home in Vol'nische, where Zion started bickering with the one who kidnapped the prince. As the arguing wore on, many of the others there tried to point out that the empire had found them. Yet, the bickering was too much and it gave their position away. The palace guards were able to find them and they set off a bomb, which blew up the home and sending bricks, concrete, and steel beams down onto those in the house.   When the smoke cleared and the guards were able to clear away the rubble, they found the prince and a remaining rebel still alive. There was no sign of Zion, yet a large puddle of blood was found. It was deemed that he had died and the empire praised the safe return of its prince.   With the rebellion seemingly defeated, the empire went back to their original goal. In secret, Zion had escaped the house being destroyed. It remains uknown how he escape, but he is currently in hiding, awaiting for the next time to strike the royal family. During this time, the citizens began to spread stories of Zion's heroic venture to prove that treating Exotic Pets like they were nothing was wrong. It is also said that Zion helped the citizens to see that their empire was being governed in a toxic manner and whispers of doubt have started to seep throughout the empire. Until the time is right, Zion Reose will remain in hiding, plotting his revenge against the empire for all that it has wrought upon its citizens.

© 2020 - 2021. This work is licensed under a CC BY-NC-ND 4.0 license.
All written content herein is owned by Amelia Nite.
All photography belongs to their respected owners.
All Tarot Cards images were drawn by Pamela Coleman Smith was the artist and worked as an artist 'for hire.' Arthur Edward Waite was the copyright holder and he died in 1942. Therefore, all rights go to them.
It is developed by Amelia.