Blood Red was a paramilitary unit in the Earth-668 iteration of the Clarkwoods Literary Universe. They conducted covert operations for the benefit of mankind in the early to mid 1990s, and operated out of a hidden island base staffed by seemingly hundreds (if not thousands) of individuals. It is unknown at present if a Blood Red unit exists in the current Earth-669 iteration of reality.

Their adventures were chronicled in a comic book series titled, coincidentally enough, Blood Red. It was written and illustrated by E. Christopher Clark and published from 1992 through 1993. Clark turned 15 years old during the run of the book.

The team was comprised of individuals experimented upon by Mitchell Genetics, a corporation whose ultimate aim was to resurrect Jesus of Nazareth from DNA extracted from The Shroud of Turin. The corporation’s experiments on the individuals who would go on to join Blood Red are believed to have been tied to their plan to create Jesus 2.0, but the full details of that connection have not yet been fully uncovered.

The closest we’ve gotten to an explanation came in issue 2 of the aforementioned series. In that issue, Teke explains to the team’s newest recruits that “in the future, Mitchell Genetics has taken the world by using their superhuman creations to wage war. To prevent this future, I need a team.”

The final mission of the previous Blood Red team (consisting of Fury, Teke, Mystery, and a man called Ace who possessed probability maniuplation powers) involved a failed attack on Mitchell Genetics’ corporate headquarters. This failed mission resulted in the death of Ace at the hands of a Mitchell Genetics operative called Cyberphoenix.

Teke and Fury, the last of their team, eventually head back to Mitchell Genetics to take down “the project,” but a man called Dr. Palmer is ready with Mega—a giant monster—to take them on. Mystery and Sting, having both snuck into Mitchell to steal the same file, battle each other and then join the fray. Razar, incapacitated after side effects of a Mitchell experiment, is rescued by Powerhouse. They also join the battle against Mega. Mystery seemingly sacrifices himself to win the battle. But, as tragic as this sacrifice is, this concerted team effort by a group of strangers to take down Mitchell inspires Teke to put a team back together.

Super, a superhuman-hating contract killer, is hired by Mitchell to dispose of the team, but is easily taken out by the team of Mystery and Fury.

It is implied in issue 5 that Headbanger, a villain who has “struck again” and who is now the subject of a manhunt by the government-sponsored U.S. Steel special forces unit, will be Blood Red’s next mission. But the series did not continue, so we don’t know for certain if this ever happened. 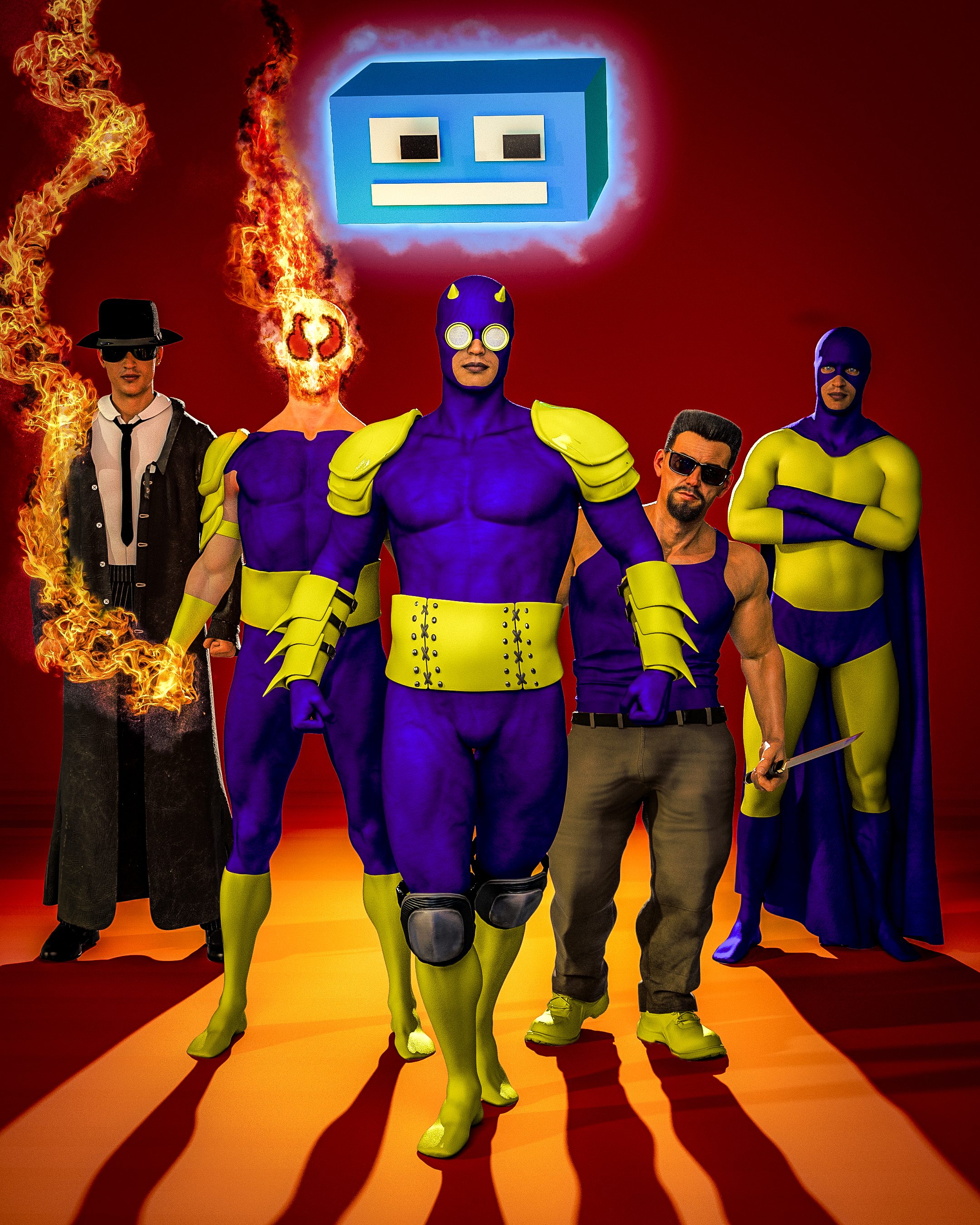