Fray's Breakfast, otherwise known as an airberry cocktail, is a popular alcoholic drink served at Windy Forest taverns. It's best known for its minutes-long cauldron-like bubble, caused by the addition of native Forest berries.   Sweet sap-coated airberries, frozen in ice cubes, are added to a mixture of maple liquor. The flavor is reminiscent of syrupy pancakes with fruit, albeit in a chilled & more refreshing form.   The drink is named after the Hero-Saint warrior of legend, Fray, who is said to have had rather unconventional breakfasts before adventuring.   To prepare your own cocktail, you'll first need to forage for ripe airberries, which will be the brightest blue. The bushes have seeds that gather pockets of air magic from the Forest, held in a bubble by a thin, translucent membrane. Don't get the berries wet! When rain falls on a ripe berry, the water dissolves its outer skin and releases the magic. The seed, newly-watered, gains a few minutes of propellant to sail to a new place in the Forest!   Before adding airberries to Fray's Breakfast, you must coat them in sweet sap or syrup. Then, immediately place them in the cold water of an ice tray, and straight into your icebox! The syrup should be cold enough not to dissolve, and hold together the airberry long enough for it to freeze. (If you hear popping from inside your icebox, your water was too warm.)   These berried ice cubes can then be added to drinks to give them an exciting, bubbly effect as they melt. When the magic burst peters out, the fruit and enclosed seed will remain. Airberry fruit is light and refreshing, and its taste is the perfect balance to the dark liquor used in an airberry cocktail.   Eating the berries before the skin & magic are removed is not recommended, as the bubbles are aggressive enough to cause stomach aches.

This work is licensed under a Creative Commons Attribution-NonCommercial-ShareAlike 4.0 International License.

Sounds really interesting! I love how you included instructions on how to make it. :D 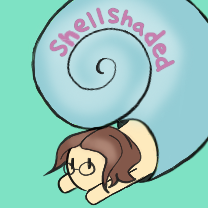