We sailed into the unknown, hoping only to survive the voyage. Behind us, we heard the world end and the hot breath of destruction pushed us on our way. The last we saw of our home was ash and flame swirling into massive clouds that chased us as the sun turned red and tears of fire fell from the sky. –Survivor of the Kabal's Collapse

Thousands of years ago, the People of Light lived on a continent to the East. They were faithful to the Light and built a large and advanced society. But as their strength grew, they turned from worshiping the gentle Light to a fascination with their own growing power.

Shadow, seeing an opportunity to capture their worship, took the form of a great dragon and flew over their settlements, flaunting his power. The great Dragon's Mount volcano rumbled, frightening those who lived nearby. What if the great dragon became angry and destroyed them?

A minor eruption caused the deaths of thousands, and the people turned from the gentleness of the Light, seeking the power of Shadow, questioning the Light's goodness. The People saw the dragon as a source of even more strength. They turned their worship towards the power of the dragon, even changing their name to the Dragon's Kabal.

To strengthen the power of their children, they chose mates based on compatible traits and tests done by the dragon's servants. Marriage and love were eradicated as they focused on guided genetics. They built great machines and tall buildings unlike anything seen on the Western continent. Constantly reaching higher and higher toward the Dragon's Realm of sky, seeking more power to control the world around them. 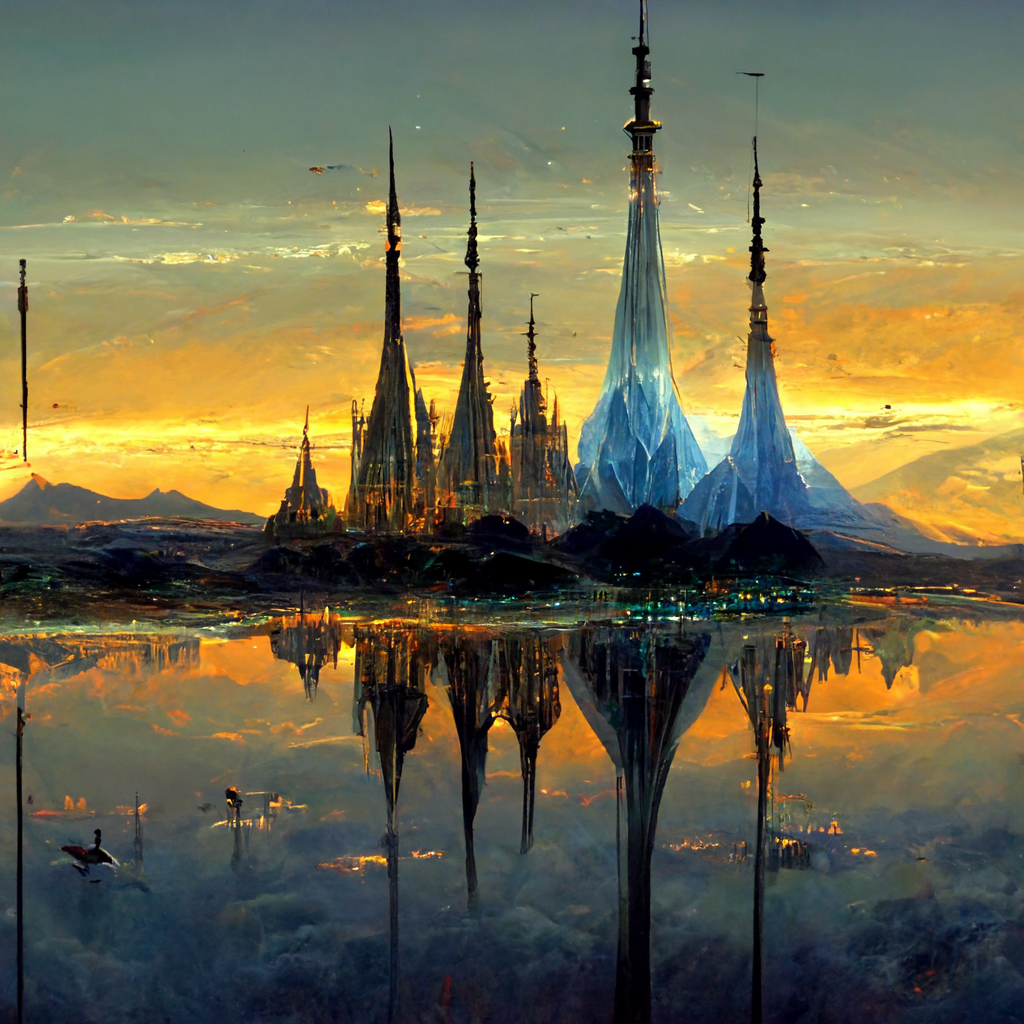 They did not care for their land, and were only concerned with increasing the power of their race. Between the Dragon's Mount and their desire to merge machines and magic, they caused great harm.

Magic itself became the goal rather than the tool.

In an attempt to draw their attention back, the Light shone more forcefully on them, but the people rebelled.

Shadow took on the form of one of the people, styling himself as a great intellectual, eager to teach them the ways of power, encouraging them to follow the belief in the Great Dragon. Whenever he found those willing to consider following the Dragon, he would change form and ensure that the followers of Darkness were rewarded.

The Kabal longed for a King, and so the Shadow Lord changed form again and became a great leader, known as Lord Fenshad.

Slowly, over several generations, the Light came to be seen as evil if it existed at all, focusing the people on the power of the Shadow Lord and the power of their own magic. Even the great dragon was forgotten in all but name.

After a thousand years, the Dragon had enough followers to outlaw worship of the Light from the land. The immortal Fenshad ruled that any who still worshiped the Light should be killed. The last Light worshiping people were forced to flee west in order to survive.

The last devout followers of the Light sought out a boat and took sail towards the west, hoping to find a place that would be free of the Shadow.

The ship left from Ekroria, catching the dawn tide. The Light played in the crystal spires of the town as if saying goodbye as we looked back and wept.

As their ship cleared the breakwater, the Great Dragon rose from the land to chase and destroy them. At this, the Light intervened, protecting these last few of the faithful. The battle raged over the Dragon's Mount, a giant volcano that was central to the continent. In a fit of rage, the Dragon added the breath of Shadow to the mountain's fire and with a great explosion, all of that land became dark. The Light stayed with the ship, protecting and guiding them to the land to the west where there were others who worshiped Light.

Shadow was content to celebrate its victory, ruling the eastern continent in complete Darkness.

Once the Light was gone, it was replaced by a scorching heat that burned all that lived above ground.

Trees and foliage died, driving the people underground to live and raise their crops in caves. Their mighty cities fell to ruins.

The Shadow poisoned the waters of the land and stoked the power of the mountain of fire. The culture of the Dragon's Kabal lost the purity of their power, becoming more and more empowered by Darkness and a twisted form of technology. The coherence of the society collapsed, breaking into small, inbred clans. Over time, the Kabal evolved into creatures of Darkness, hiding from the blistering heat of the blackened day.

Behind us was a wall of darkness. Somehow the Light held the dust and firestorm within a bubble that surrounded only that continent. As we sailed on, we came to a golden path in the sea and followed this sign to a delta, then to a river, and at last to Aurora where we built a new life for ourselves. This new world was primative, fresh, blessed. We embraced this new life, determined to leave behind all that we had known. –One of the first Draska

Since the Draska came to this land, no one has been able to return to the lands to the East. All ships turn back as they approach a wall of dense smoke that extends from the sea up into the sky as high as anyone can see. All light ends at the barrier except for the distant glow of fires that burn still.

Infants were tested shortly after birth to evaluate their level of magical ability. This determined the status of the individual in the society.

Presentation to the dragon was a rite in which each individual took on their assigned position in society.

Cremated in the fires of the dragon's mountain.

The great dragon - The Shadow Lord

Members of the Kabal would seek out the wisdom of one of the Dragon's Servants to help them find an ideal mate that would ensure their children grew ever stronger in power.

Dragon's Servants - a priesthood that reported directly to the dragon or to the Shadow Lord. 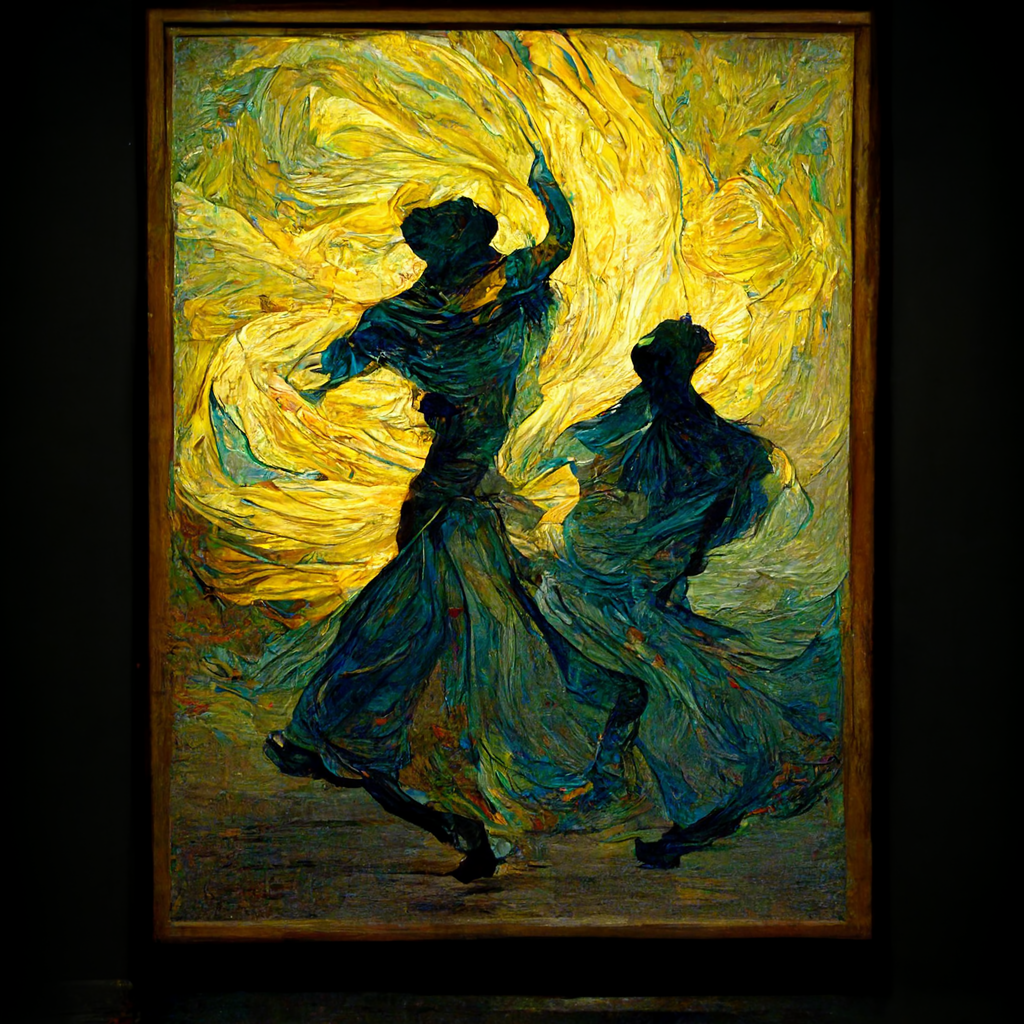 A Dance of Light and Shadow by Deleyna via Midjourney

In the beginning, there was Light and there was Shadow.

Together, they built the world of Aubadeon in a dance of harmony and joy. Light was the great creator, and Shadow was the accent, the echo.

Over time, the beings they created spread across the land, becoming many different peoples, with different abilities, skills, and passions.

The great beings loved one group more than all others. These people were blessed with magical abilities. They chose a name for themselves: the People of the Light.

Shadow became jealous at the people's slight, and determined to win their love for itself.

And so began the great and ongoing war between Light and Shadow.

The Light shared its bounty, causing crops to grow, waters to flow, and lives to be fulfilled. But Shadow slowly drew them away. Surely there was more to be learned, more power to be had.

Shadow promised power and might, control over the tragedies of life. It took on the form of a great dragon and flew over the land flaunting its power wherever the shadow of its form passed.

Light was quiet and gentle, while the great dragon was mighty.

When the Light left with its followers, the Dragon's Mount exploded, plunging the entire continent into darkness.

The Light used its power to trap the ash and darkness from the volcano over the land ruled by Shadow.

This article is overall fantastic. But i really loved the creation story you have between light and shadow!, It is fantastic and gives me something to think about for my world, Overall a fantastic article!

Thanks so much for reading! I appreciate it. In this story world, Light and Shadow are actually entities that make the writing... challenging. LOL

I hear you on the challenges of that, but I love the light and the dark here.

Thanks for reading! I love this world...