Raven River is the largest river in Celestria. It springs up in the Dragon Tooth Mountains and winds its way down to Maderast. Between Drachenruh and Maderast, the river serves as an important way of public transport and freight carrying.

The river is not shippable until it reaches Drachenruh. In the mountainous part of the river, there are too many dangerous creatures, river rapids, waterfalls and other difficulties, which make the cost of shipping these parts, even by boat, too high.

From Drachenruh on, all the way towards the coast, the river is wide, and deep, enough, even for large river ships, which carry wares from Drachenruh to the coast and the other way round. There also are river boats, which carry passengers between both cities for a fee of 1 Silver Dragon per person. While this method of transportation takes way longer than the Railway, it's also much cheaper, so many people and travelers with fewer funds use it frequently.

There are also some smaller side arms and smaller rivers, which meet the Raven River between these two cities. Smaller fishing boats and logging transport boats usually ship these side arms, which carry additional wood and wares to the larger cities on both ends of the route.

In the early morning hours, dense fog covers one of the narrowest and most difficult to navigate parts of the river. This fog seems to swallow or amplify sounds as it - or the entity controlling it - pleases. This often leads to accidents, because the captains of the boats and ships on the river cannot even rely on the foghorns on board, and misjudge distances.

Over the last hundred years, the mists have claimed the lives of at least fifty people. However, it is probably considerably more, as some boats simply disappear without a trace. Nobody ever found them or their remains or their crew again. 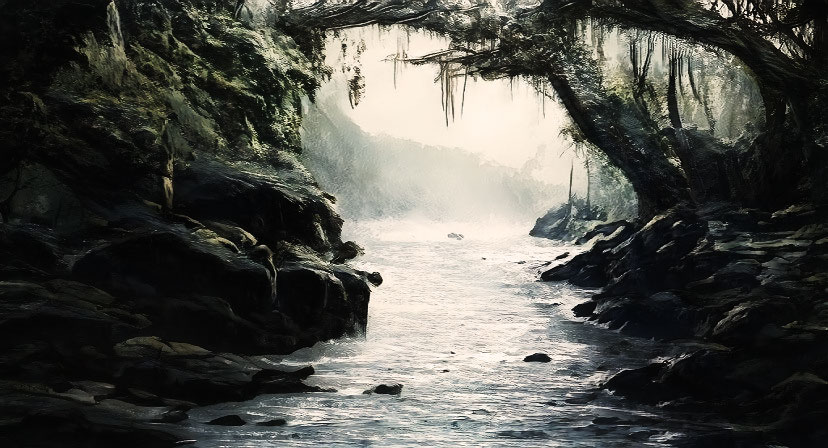 Raven River by Davina via Artbreeder

"Raven River may look peaceful and calm, but you should not underestimate how dangerous it is.

The river mists are the reason the locals often call the Raven River the "River of Lost Souls". In the modern times that have dawned, captains avoid sailing this spot in the early morning hours, preferring to lie at anchor for a while. However, there are always inexperienced captains who throw all warnings to the wind and still venture into the mists.

Although the river is busy with riverboats, it is rich in fish. However, this does not mean that these fish are harmless, or even edible. It is not advisable to swim in the Raven River, nor is it advisable for inexperienced anglers to pull out a fish they deem edible.

One of the fish that we must mention separately here is the Raven Trout. This fish, about 30 centimeters long, is very easy to confuse with the Night Fin, also native here. Unlike the latter, however, it is neither poisonous nor particularly dangerous. You find Raven Trout in taverns all along the river and it is a delicacy, especially when smoked.

Another delicacy you will not find anywhere else is the Fairies Grass. These silvery-green tangs have a soft, flowery taste to them and grow in bushes in the shallow waters of the river bank. The locals collect and dry them to conserve the taste. For serving the tangs, they cook them in a good amount of vegetable broth. This results in a delicious and healthy vegetable dish, served with the Raven Trout.

While you travel the Raven River, we highly encourage you to take regular breaks, to visit some of the most beautiful villages and towns in the world. Starting with the capital of Celestria, Drachenruh, you will experience one of the most lively and colorful cities in any country. Especially the Market District should be high on your list.

Before reaching Maderast, take a break in Lindenburg, a small town at the river banks. They build this town around a castle that serves as an inn today. The view over the river and the surrounding lands is gorgeous, and you should stay a night or two while tasting the local dishes!

All coloured icons are from Rexard

Thank you very much! The mists were a spontaneous idea, since I wanted a location suitable for some sort of investigation adventure. 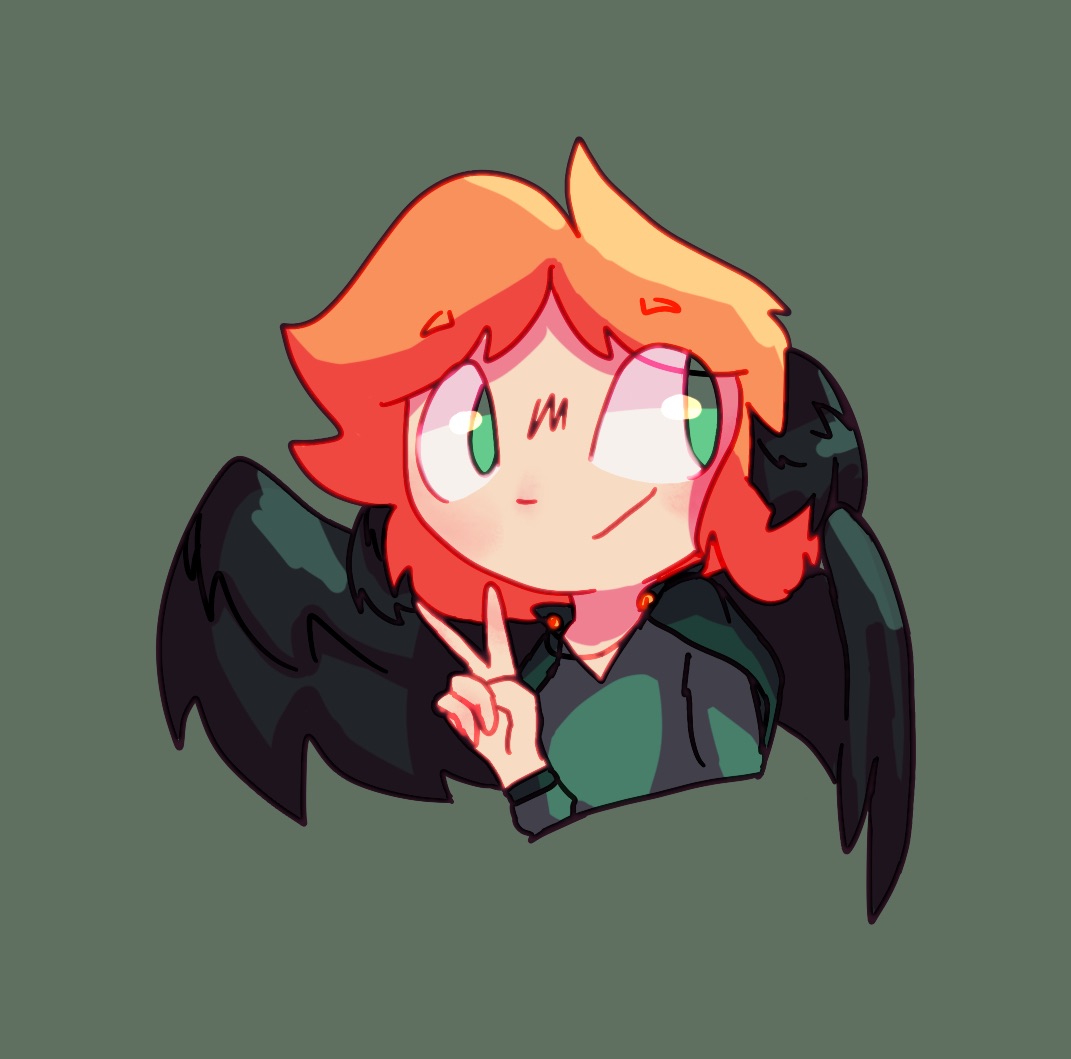 Ok I love how this article is like a newspaper- plus the article itself is super interesting! Amazing work :D

Thank you so much! I am glad you liked the article!

The layout of the article is gorgeous - the image is very creepy and I love it. I'm curious as to what kinds of dangerous creatures are in the mountainous part of Raven River... Amazing article!

Thank you very much for your feedback! I am looking forward to expand more on this river - and maybe others. So far, these were not really on my list.

I love the part about the different fish you can find in the river. And the mists sound really interesting too. :D

Thank you very much! I will expand on the mists in a future article, but they are very important for my world!

I like the details about the towns, villages, and tourism along the river. A river cruise sounds like a pleasant way to see the world.

Thanks for your feedback! I wasn't sure, how much detail I should include on this, but decided that I should at least mention some. So I will probably include more of that in the future!

Thank you so very much! I love the general newspaper layout, but there are some tweakings I need to include in future versions of this theme. I am glad you like it!

That fog sounds like a good moment to take over a ship by violence and let the evidence just disappear...

It sounds like this, yes :D But if that's such a good idea?

I like the fish descriptions, I'm a big fan of seafood and would love to try the local delicacies.

Thank you very much! There are a lot of custom dishes along that river, you will see more of that over the next time!

Simply an outstanding setup! It really does look like a genuine article from a newspaper. I am curious, what are your personal uses for this river? Is it for an RPG or for a novel or to simply fill a world of your creation?

Thank you very much! To answer your question: I use Andrawyn in several Pen & Paper campaigns. One is set in D&D 5e, another one in Pathfinder 1, and since I am developing my own system, I plan to make Andrawyn one of the standard settings. Sometimes I write some stories, but usually in german. This river has some use in my RPG, and serves as a portal to the Otherword, and sometimes to Ravenloft, if necessary.

First off great layout, it looks very clean with the newspaper vibe. Other than that some nice worldbuilding with a bit of mystery. The mists sound a bit like the bermuda triangle myths :p

Okay, now this is great. A bit short, at least feels that way, but makes up for it tenfold by delivering the whole newspaper style of aesthetic. Fantastic work.