A shadowscar is a region of the continent of Celenia that is heavily corrupted by Shade energy, seeping through the veil between Dunia and the Shadow Realm. It is a dark, disturbing and hostile place where both fauna and flora is corrupted by the toxic Shade. What isn't killed by the corruption is twisted into a horrific form of its former self, aggressive towards everything alive.

"It is hard to describe what it is like stepping into a shadowscar. It's not an immediate change, but a gradual, sinister creeping. The air gets thinner and sharper. At first, there's a tickle at the back of your throat, but the more you cough, the worse it gets. Your eyes start watering and you get lightheaded and dizzy."   "The sky appears to consume all sunlight and after enough distance inside, all you see above you is a purple and blue vortex of madness. It's like an endless void, filled with swirling wisps of smoke in shades of purple and blue. Behind it all, a pitch black emptiness."   "I shudder to recall it. As if this was not enough to drive you utterly mad, the scar itself is populated by alien flora. Huge, thorned vines crawling across the landscape like twisted snakes. Black, thorny bushes in small thickets. Not a flower to be seen anywhere. No green. No lush forests. Just a purple and black, barren landscape."   "Worst of all is the fauna. There are no animals in the scars. They can only be described as monsters. Floating sacks of flesh with a thousand eyes, twisted, multi-tailed foxes who feed off of your nightmares..."
— A scholar's recount of a scientific visit to the Shadowmark.

No one has been able to explain why the shadowscars exist or how they formed. The theory is that at the heart of each scar lies a rift in the Veil between Dunia and the Shadow Realm, allowing toxic Shade from beyond to seep into Dunia, gradually corrupting the surroundings. It's a plausible explanation for the phenomenon itself, but doesn't explain why or how these rifts appeared. It's, at best, a meta explanation of the symptoms, rather than the cause.

Another theory is that the scars are themselves a sort of dimensional pocket. That the shadow realm itself has supplanted the local geography in the location of the scar and that if the source of this dimensional overlap could be found and prevented, the land would return to normal.

The landscape inside a shadowscar gets utterly destroyed and becomes an alien place to kykr eyes. It bears some resemblance to Dunia, insomuch as that most plantlife and even animals retain some of their recognizable features, even in their corrupted state. As opposed to the Shadow Realm itself, which has no natural overlap with Dunia at all, and where both flora and fauna is wholly alien.

Some of the plants and creatures from the Shadow Realm seem to be able to pass through to a shadowscar, as the characteristic vines are present, as are several subcategories of Shadebeast. Another common sight inside the scars are shadelings, the semi-sentient puddles of pure Shade.

A shadowscar typically has little of the resources Dunia possesses. There are no plants of use, nor are there significant presence of metals like iron, copper and silver. But due to the corruption of Shade, there a hundreds of shadow amalgams in the scars, materials imbued with Shade, taking on new, powerful properties because of it. These items are highly valuable to scholars and mystics alike. In addition, Echinplants appear to grow inside the scars, allowing them to be collected without making the highly dangerous passage through the veil into the Shadow Realm itself.

In addition, common to all shadowscars explored so far, they seem to be located in and around high concentrations of ruins from the Ithonai civilisation. This makes them prime targets for exploration for greedy lords trying to salvage technology and knowledge from the ruins.

Regardless of their origins and function, one thing that most scholars are agreeing on is that the shadowscars appear to be growing. The pace seem lethargic on the scale of a lifetime, but given enough time, these scars will grow large enough encompass the whole continent and depending on their specific mechanics, they might even spread across the seas.

Given a couple of hundred years, these nightmarish zones of death and darkness could reach the shores of Arjin and the kykr would have to adapt to a radically different existance than their current one...

"There's no doubt about it, Matriarch. In less than a hundred years, the Shadowmire will have grown enough to directly threaten Ulrákr. We would be looking at a drastically different life for the people living there. Getting food on the table would be the least of their worries."   "My lady, unless we can find a way to stop this, I suggest we start researching how to grow Echinplants outside of the scars, or at least start stockpiling salves. I know a hundred years sounds like a long time, but when you are facing extinction on this scale...it is never too early to start preparing."
— An advisor to Empress Sfeiða Fríðing reporting on their findings.

Shade is the name given to an incredibly energy dense, viscous liquid that originates in the Shadow Realm. Shade is toxic to all life but has potential for energy generation and is believed to be the cause of all Shadow Corruption on Celenia.

The world behind the Veil, a completely different universe filled with dangers and horror. The source of Shade, the corrupting energies used by Occultists.

Also known as the Black Death, shadow sickness is a fatal toxic reaction to the energies of the Shadow Realm.

Native to the Shadow Realm, this hive-minded species is made up of a multitude of biological castes, each designed to fulfill one role or another. They are highly aggressive towards invaders of their realm and lethal in combat.

The Shadelings are goo-like creatures who haunt the shadow scars of Celenia.

Ooo, this is a really interesting sounding place, but also rather terrifying. I'm really intrigued by the cause of the scars in the land, and also alarmed by the fact they are spreading. Hopefully someone can find some way to stop it.   *adds to list of places not to visit in Celenia* 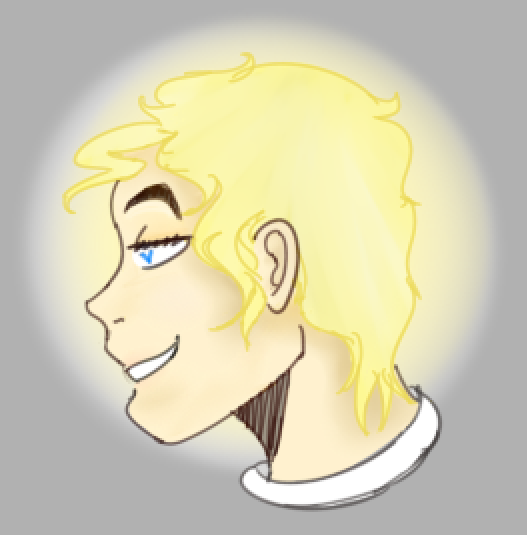 This was such an enthralling article & concept. I adore the naming conventions involving "Shade-" and "Shadow-". The artworks really do wonders at establishing a cohesive aesthetic for the Shadowscars and are just plain beautiful to look at. Great read, I really enjoyed it!

Thank you! I'm glad to see it resounds so with readers, as they are a very core mechanic of the setting. :)