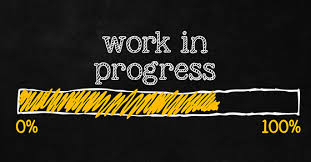 Liðr Lys, meaning "The Path of Balance" in Ósleiðr, is the organised form of worship of the goddess of justice; Eri. It is a benign and kind religion that generally looks out for the little guy, the people who are oppressed or suffer injustice in the world.   However, while the majority of the religion focuses on these benign domains, there is a sharp undertone of judgement for the unjust. There is a branch of the faith that covers one of the four domains of Eri; the Sword. The Sword, taken form, is named Ohria and is the særiþír (spirit) of judgement.   It is said that Eri is so benign and good that she could not bear the weight of exacting judgement upon the evil and the unjust, so she gave her sword a soul and formed it into the spirit that is Ohria, so that he alone could exact her judgement.

Lysianism is built as a reverse hierarchy, where the faith begins with the people and they elect ministers who in turn elect all the higher ranks in a rising stair all the way to the High Speaker of Eri.   *insert hierarchal list here*

The Church of Eri follows the teachings of the Godess of Justice, Eri. As such, they uphold justice as the greatest virtue

Justice will be served.

The Scales of Eri is a dissolved religious order that once served as the judicial arm of Lysian faith.

The judicial branch of the Liðr Lys religion, recently by the empress of Kfandr turned into a band of frothing zealots with terrifying authority.