The Empire of Kfandr is one of the oldest nations in the world, dating so far back in time that it pre-dates written history. Although it wasn't technically called Kfandr back then, as it was a collection of independent, cooperative states called "The Quanda". It is from those days that the term "empire" stems as the Kfandr of today really isn't an empire in the technical sense. It's name is also a remnant of older days.

The letter "v" no longer exists in ósleiðr, the majority language of the country, and has been replaced by "f". While in all official texts the empire is still written as "Kvandr", many literate citizens will write it in the modern way; "Kfandr". The sound pronounced remains the same, a voiced, labiodental fricative, or "v", as we know it.

Kfandr is a nation that, because of it's immense size and military power, has absolutely enormous political influence over the modern world. Sitting safely in the western heart of the Gimroan Basin, sandwiched between the kingdom of Khamad in the west and the rest of the Gimroan nations in the east, Kfandr is a military border between the ghojtah nations in the west and the Liðr Lys nations of the east. As such it's a country who has seen many wars, but now holds a very dominant position thanks to wealth and an impressive, exceptionally well trained army. The imperial legions are one of the reasons for Kfandr's impressive influence.

Kfandr also has an almost unlimited access to the sea through its grand port city of Val Kvanda and control a huge part of the Næka Mountains and the Spineridge. For these reasons, Kfandr is one of the richest and most successful nations in the world.

Kfandr is the home of many world-shaping institutes and organisations amongst who are for instance the Cultural Academy of Dalt, the Cathedral of Eri and the Legion's House.

Kfandr is an empire where the emperor or empress is supreme. The empress has absolute power and while she has a council of advisors and a senate to refer to, they have no power to decide or veto the empress. Her power is absolute, making her more of a dictator than an elected figure.

The empress will generally deal with large issues that affect the entire empire, while judicial and financial decisions are left to the Council of Speakers. They must, however, run any major decisions by the empress and get her approval before they carry any official power. These speakers are also very often backed by a consul and try to speak up on issues important to their consul.

Kfandr is divided into 16 major areas, called "Kallas" (pronounced Katlhas). These are historically considered to be the original 16 states that made up the empire in ancient times. Each area is ruled by a consul who report directly to the empress. These consuls fulfill similar roles as other countries' dukes. It's usually the consuls that appoint senators for the Council of Speakers. There are no direct rules for how the speakers are selected, but it's generally accepted that each consul may appoint at most two speakers.

Every major settlement within a kallas has a senator who is the local lord, similar to other countries' counts. These senators serve under the local consul, and are not to be confused with the speakers in the council, who sometimes are also referred to as senators. If there are more than one city within a senator's realm, one is usually pronounced a "Council City", being the one from which the senator rules. The other city is usually ruled by a mayor, or a magistrate.

Senators appoint local magistrates to rule smaller settlements and land areas within the realm of the senator's council city. The magistrates are the ones who get closest to the populace and are tasked with tax collection, upholding the law and making sure that decisions from above are filtered out to craftsmen and local soldiers.

The empire is populated by almost an equal distribution of all three major species as Kfandr has one of the more pleasant climates on Arjin. The majority of the population is spread across the great western plains of the Gimroan Basin and while there are many major cities, Kfandr is more focused on smaller towns, villages and farms than other countries.

A large portion of the academic population can also be found in the great city of Val Kvanda.

Under the rule of Freðman II Kfandr had good relations with most neighboring countries as he was a very skilled diplomat. Both Khamad and Kfandr are under heavy political pressure to keep Roþ's Pass open for merchants and caravans, which locks these two countries out of making any kind of move against one another. War between Khamad and Kfandr now would mean that all trade between the Gimroan territories and the peninsula would have to be by sea, which in many cases is much longer than simply going through the pass. While neither party really likes one another, they've been at a stable peace and King Bok'na dan Adon and emperor Freðman were perhaps not friends, but respected acquaintances.

Empress Sfeiða on the other hand has a completely different approach to diplomacy. While her father would deftly navigate a tense situation by finding clever compromises, her solution is to dominate and threaten, which is has soured Kfandr's relations with Khamad significantly. Other nation's leaders have found themselves treated the same way and Kfandr is now finding itself at the ire of almost every neighboring nation.

The empress isn't stupid. She would never boast and threaten this way if she truly believed that anyone could threaten the empire, but what she isn't considering is that the nations might drop their squabbles and unite under the age old adage of "The enemy of my enemy is my friend". For now, though, the other nations of the world are simply gnashing their teeth in anger, rather than waving their swords. Her imperial legions is the only thing truly keeping everyone at bay.

Kfandr lays claim and owns most of the western part of the Gimroan Basin and holds this without issue. No other nation is strong enough to actively threaten Kfandr's claim on these lands, and while Arnþórr has declared independence from the empire, they pose little threat to the rest of the empire. Khamad is the only nation strong enough to truly rival the empire.

The empire also claims the Cleft of Arnþórr as its territory, but the sovereign principality of Arnþórr has declared independence from the empire and now holds the cleft.

Kfandr's standing army is the largest and most well equipped army in the entire world. They are exceptionally well trained and coupled with top of the line equipment, numbers and organization, they are an absolute terror for any other nation. The raw military power wielded by Kfandr is enough to keep its enemies awake at night.

Kfandr is and have always been strong followers of Liðr Lys and their goddess Eri, who resides in the Cathedral of Eri in the holy city of Val Kvanda. The goddess' gentle guidance has made Kfandr a powerful, but diplomatic giant.

However with the recent coronation of empress Sfeiða Fríðing it has rapidly become less of a personal faith and more of an outright theocracy, focused more on displays of force and justice, rather than gentle guidance.

Sfeiða has made the Swords of Justice a major judicial and theocratic power and uses them to eliminate "unbelievers" and "the unjust". In short, she's using them as her personal army in rooting out dissidents and people that just, in general, get in her way. 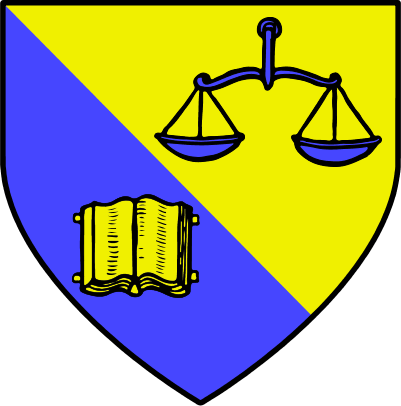 The former emperor of Kfandr.

The Fanatical Empress of Kfandr.

The Imperial Palace Guard are the most elite of the Kfandrian army, tasked with protecting the imperial family.

I really like the article! Id love to know more about how the tensions between the countries shows itself short of just disdain. does Khamad have higher tarrifs for Kfandr? are there embargos? how do these tensions play out both politically and socially. also, how do the people feel about this blooming theocracy and the empress? just a couple minor things but overall a fantasric article!