The Ithonair are, or rather were, a race of graceful, winged creatures who lived on the continent of Celenia. They were a grand and advanced civilisation before an unknown calamity seem to have destroyed their civilisation.

The Ithonair were tall, averaging about 6 feet tall (1.8 meters), slenderly built and objectively beautiful. They had very pronounced chests due to the strong skeletal structure and musculature connected to their large wings. The wings extended from their backs and could be folded once at a joint on the front of the wing. At rest the wings would extend well above their heads and fold downwards and reach about halfway down their calves. At full extension the wings reached a wingspan of 20 feet (6 meters).   Most Ithonair appear to have had white feathers, but some are depicted with dark gray or even black wings. These black-winged Ithonair only appear in stories depicting the peak of civilisation and the cataclysm. It appears as though it were a different citizen strata above the others, or perhaps some form of religious status.   They looked most like the vindral, but as mentioned, were far taller and do not appear to have had the Vindral typical eye coloration.

Very little is known about their culture but they appear to have had a highly stratified society. At least in the end. There was a council or something akin to it that were the ruling caste, but they seem to have been at odds with a religious, or perhaps scientific, order named the Saydarim.   What is clear is that their civilisation was highly advanced and progressive. They followed some form of societal structure where the power came from the people and they affected societal decisions through representatives to the council, who worked on the people's behalf.

Ithonair society is a complete mystery. They appeared to be able to produce light without fire, have wagons that traveled on their own and could suspend things in thin air. Not only that, their structures were remarkable feats of engineering, as they have great spires that stood hundreds of paces high at impossible sleekness. There seemed to be no stairs or other mechanisms to bring people to the higher floors, instead they simply flew up with their wings. Their cities display a remarkable verticality, even in their ruined state.

Show spoiler
The Ithonair fuelled their entire civilisation with Shade energy from the Shadow Realm. Eventually the drain their civilisation caused on the Shadow Realm destabilized the world to such an extent that the very fabric that held the world together collapsed.   The denizens of the Shadow Realm, the ones who survived, were driven almost insane. Only a few of the overlords remained sane enough to mount any kind of organization. Billions died in the throes of the collapse.   They had already noticed the drain prior to the collapse and began researching the phenomenon. Through clever subterfuge one of the overlords managed to catch a Saydarim in the act of breaching the Veil. It latched on to his mind and started manipulating him. This was the beginning of the downfall of the Ithonair civilisation. Vanarin Saydar, under the control of the overlord, lead his Saydarim into a religious frenzy and sectretly built portals to the Shadow Realm. A gateway that could open a rift in the Veil, allowing passage between the worlds. The Saydarim spread across the continent and began their work in almost every major Ithonair city.   The overlord, impersonating a deity, lured the Saydarim into building these portal and when they were opened, the forces of the Shadow Realm stood ready. They poured through the portals and annihilated everything in sight, quickly establishing a foothold in the Light Realm. They quickly realised that they could not live in this realm anymore than the light beings could survive in the Shadow Realm. For this reason, they adapted the Ithonair power crystals for their own use.   They charged enough crystals to build a bridging field that covered the city of Le Celena. The bridging field blended the realities together, weakening the Veil so much that both worlds existed in the same place at the same time. This allowed the shadebeasts to thrive and colonise the location, repurpose it for their own needs. Soon, the shadebeasts crawled out of their hive, slowly spreading across the land, killing everything and everyone who stood in their way. Their frenzied chase for every Ithonair was unstoppable.   Now, thousands of years laters, the shadebeasts have largely left the world of Geislheim. Only scattered tribes of Ithonair still remain, desperately hiding and fighting a guerilla war against the remaining shadebeasts and their puppets, the Saydarim.   The shadebeasts still have a few strongholds on Celenia, hidden inside the surreal shadow scars that mark the Continent, and their fortress of Le Celena still stands. A ghostlike city, suspended between two worlds, occupying both, and neither world.

What remains of the Ithonair civilisation today are mostly scattered ruins of cities, villages, monastaries and other important buildings. Whatever they did, they left scars upon the continent. The Shadowmarks, scars on the very nature of the continent, are believed to be the work of the Ithonair. But how, no one can really say. 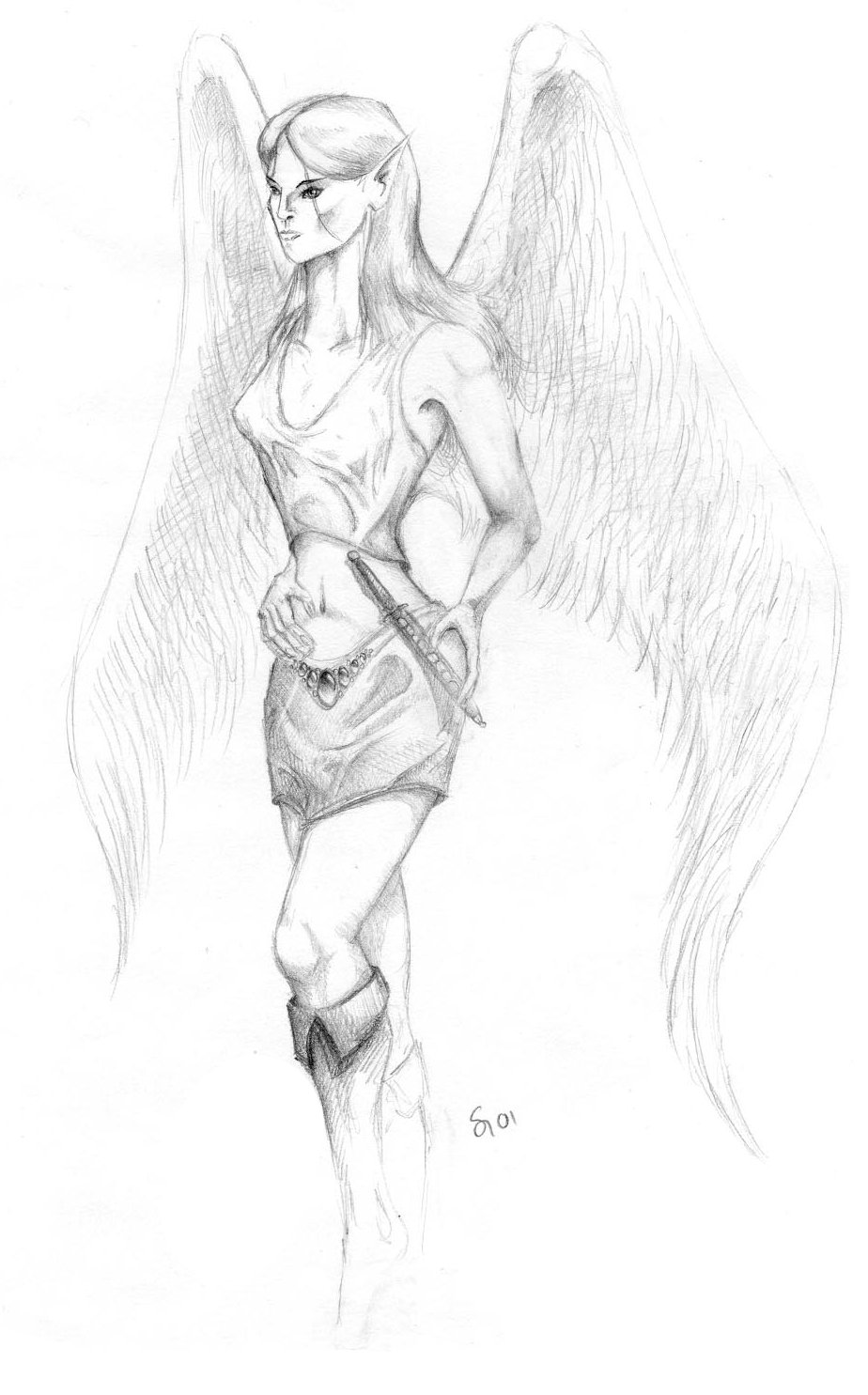 Estari is a language that was spoken in the ithonair empire of Estaria, several hundred years ago.