The Circle of Feá Niehm is technically considered a religion, but is more an all encompassing life commitment. Being a part of, or a follower of, the Circle means that you are no longer part of whatever civilisation or culture that you used to belong to, but now a citizen in the greater kingdom of Feá Niehm. At least that is how the Circle will see you. They will require you to be unconditionally loyal to the Court of the Inuelweri.   But it shouldn't be compared to a Kykr kingdom. It's more a belonging, similar to how the word kykr is used by those who are kykr. Being a follower of Feá Niehm means that you acknowledge that your people are the Fay, your goddess is Ayla and your king and queen are of the Inuelweri.   In spite of this, it's completely possible to live one's life in a kykr nation and still be a loyal follower of the Circle. The teachings of Ayla do give room for non-fay to become her followers as she makes no difference between species at all. Though the fay themselves will treat any non-fay and sometimes even certain species of fay with great suspicion. They will not attack those who bears the mark of Ayla, commonly worn either as an embroidery on clothing or as a necklace or a signet ring, but they are still wary of deception and will treat any non-fay as an outsider until they've gained the trust of the Fay. Those who take their membership of the Circle deeply seriously might even burn the symbol of Ayla onto their skin.   But for those who truly wish to commune with the Fay the only option is to cast off one's kykr belonging, meaning that you fully accept that the Circle may ask things of you that go against your fellow kin and country, and that you become a true member of the Circle. This is quite common among those whose partner is Fay or those who are fay-blooded. Being ostracised and feared by one's own people often means that one will seek kinship wherever one can, even among those who would be the enemy.

The Circle is a representation of all Fay, and as such the Kykr are opposed to its existance. There isn't enough unity among the Kykr nations to band together and destroy the Fay, especially as so little is known about the Fay. The Kykr wouldn't even begin to know where to look for them beyond "the Wilds". However, if someone should be found wearing the symbol of the Circle, or if someone is rumored to have dealings with the Circle they might be a target for investigation. Anyone found to have collaborated with the Circle are generally judged according to the nation's laws for treason which could range from imprisonment, outlawed status or even execution.

The Circle is very loosely structured. There is no real decree or demand for worship. The only real law is that one must obey the Inu, should they issue an order, one should show the Inu respect and loyalty and that one must respect one another. No matter if another fay species may eat your species, you must respect them for their nature. Do not fight wars with them, but only defend yourselves and learn to co-exist. Outsmart them, don't hate them.   As such, there really is no real structure. At the Court of the Inu, things are a bit different, however. 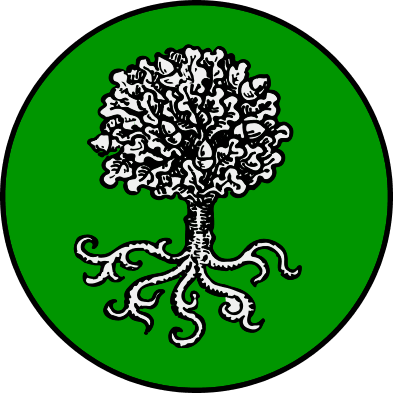 Articles under Circle of Feá Niehm

The King of the Fay and leader of the Court of the Inu.

Ohhh I really like this! A sort of hive mind but in a you belong to organization sort of way. Like a cult, but not a cult. Well at least that's the vibe I got.   Not sure I missed it or not, but what does the Inu do? They have a lot of power but for what?

I haven't gotten to writing the Inu article yet, but the Inuelweri are the "Royal" caste of Fay. While fay are not a unified organization (as can be seen in this article) they have a common bond and a common enemy (the kykr races). The Inuelweri are the royal caste that make overarching decisions for all fay, and they are also the ones that fay seek out for help if there are issues that need to be resolved.   The reason the Inu are the royal caste, is that they are said to be direct descendants of Ayla, the Fay Goddess.

I love the idea of an inclusive druid circle that worships/follows the fey. Some things that you could also talk about can be the common practices those in the circle do, and if there are any specific locations those in the circle live/congregate in, as well as any particular individuals that belong to it, if you have any such characters.

I like the concept! However, I'd love to see more details on this one.   How can Fay tell you bear Ayla's mark? If it doesn't matter if Ayla accepts you or not, is there a way for them to know you are a follower of the Circle? Same goes for the kykr. Can they tell you are a follower? Will you be shunned as aresult?   What does "casting off your kykr belonging" mean? Does it mean to leave their settlements?

Good points, I'll touch on that I think, as those are pretty relevant things to know.