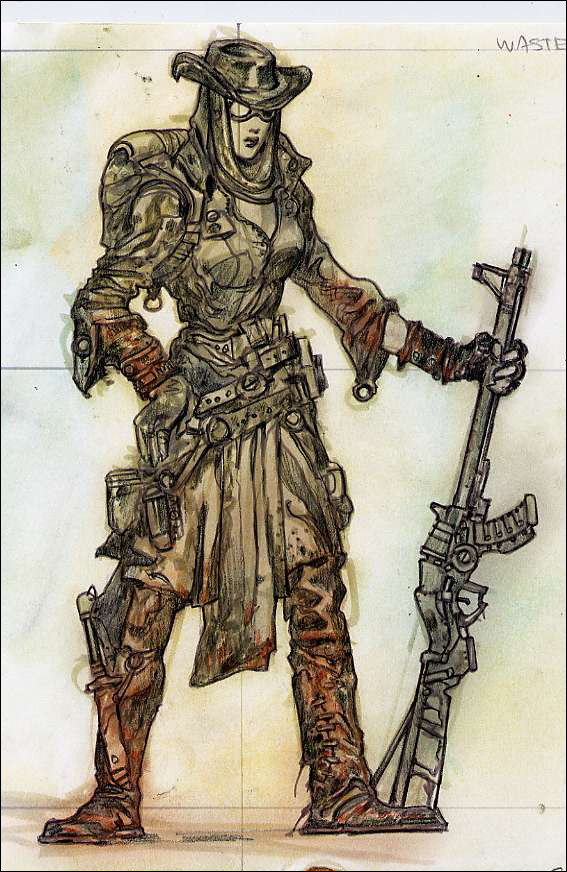 Wastelanders, or pejoratively referred to as Cockroaches or roaches, are people who live in the Shadowmark outside of Fusion City. Commonly banished criminals or descendents of survivors of The Cataclysm. They are often horribly disfigured and mutated due to exposure to the toxic world of the Shadowmark. The "cockroach" moniker relates to the popular saying that the only creature that would survive the end of the world would be the cockroach.   Surviving off of salvaged tech from the world before the Cataclysm, these survivors make do with what they can salvage and build themselves. The primary difficulty for them is access to drinkable water. There aren't many bodies of freshwater left in the irradiated wasteland, and finding still abundant wells is extremely difficult. Most areas that have drinkable water already have a settlement built around it.   Some roaches band together in small settlements to try and survive off the resources and skills of each other, prefering to call themselves 'Wastelanders', while others group together with more hostile intent. These raiders often attack wastelanders in an attempt to steal resources, food and particularly water. 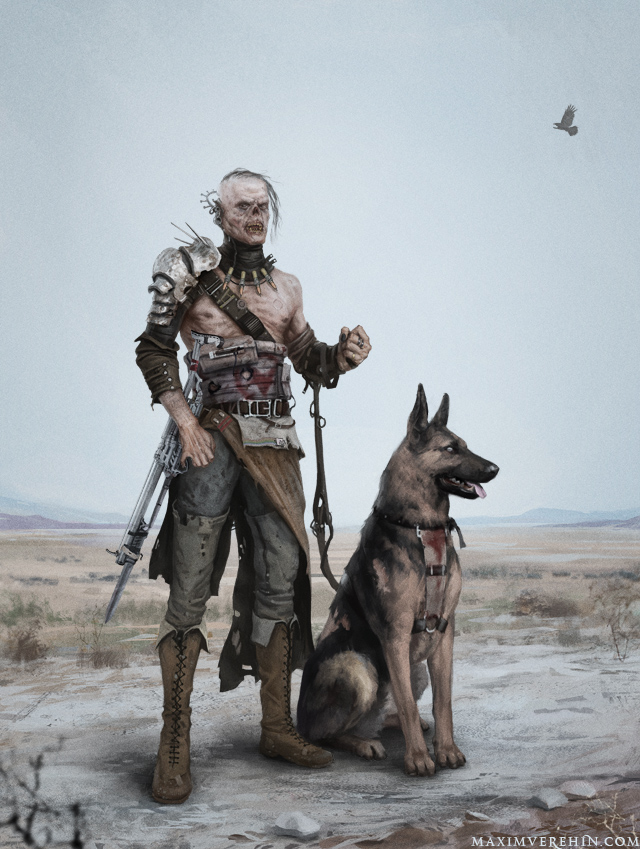 Wasteland Raider by Maxim Verehin
Roaches are often "cybernetically enhanced" in the loosest sense of the word. It's nowhere near as elegant as the cybertech available to citizens. Roaches make do with what they can find and their crude enhancements are often practical in nature, rather than elegant or cosmetic. Most of the time these modifications are made out of necessity rather than free will, and some roaches can appear to be half-robotic monstrosities. The modifications take a heavy toll on the mind, and heavily modified roaches are often eccentric and disjointed in their behaviour.

While almost every roach is mechanically enhanced in one way or another, not all of them are mutated. Those who are mutated are often largely disfigured, but still reminiscent of their original form. They can have facial distortions, tumors, lack limbs or have extra limbs. More extreme cases may not even resemble their original race, as is the case with the green monstrosity on the right. 'Mutes' or 'mutts' are a social class below those of "purebreed" roaches.

Several corporations in Fusion City use roaches as cheap labour in mining camps around the wastelands. They will work for almost no money and prefer to be paid in drugs, alcohol, medication or cheap tech that is abundant in the city. 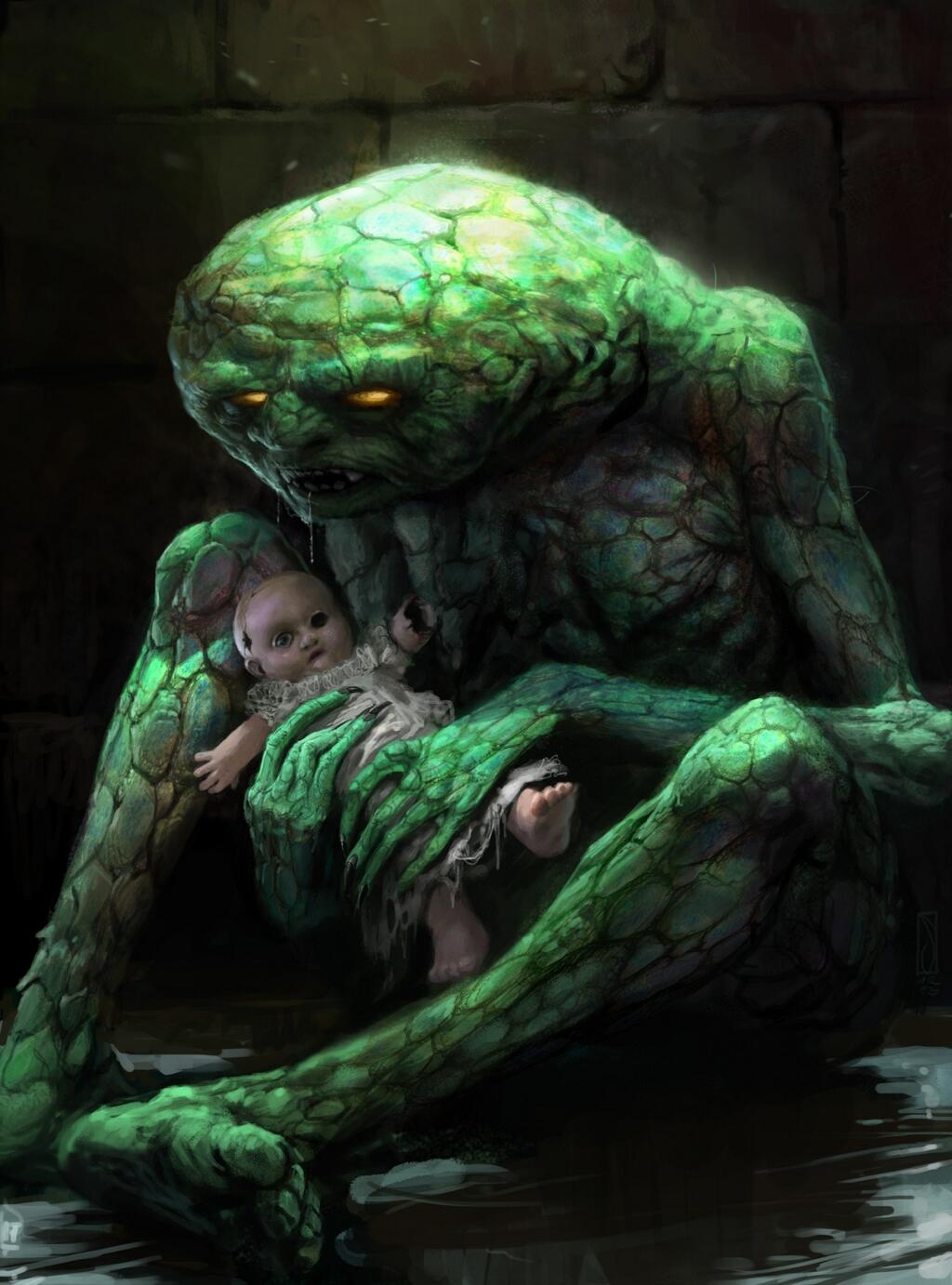 In the Shadowmark you do not have the luxury of hydroponic plants, synthetic meat or other such fancy foodstuffs. You make do with what you can find, harvest or catch in the sandy deserts of the wastelands.