Psionicism is a condition where a person suffers body-wide mutations to their core DNA, leading to life-altering changes in their metabolism, mentality and capabilities. Psionicism is exceptionally rare in adults and it is mostly understood that psionicism can only really occur in gestating infants. There are unsubstantiated rumors of adults having developed psionicism, but the evidence is lacking.

"I just want to be left alone, you know." The girl's pierced lips trembled, her demanor clashing strongly with her hardcore makeup and aggressive clothing. She wiped a wayward tear from her cheek and looked me right in the eyes.

"It's not my fucking fault I was born this way, and I never fucking hurt ANYONE! I just want to be me. Be able to do the things I do without having these superstitious assholes report me to the corpies so they can dissect me. What the fuck did I ever do to deserve this?"
— A psion living under constant anxiety

The exact cause of psionicism isn't yet known, but what is known is that it requires a very specific set of circumstances to trigger. It seems to only affect children in gestation who are exposed to marginal amounts of shade poisoning. Experiments show fatality in 100% of the cases exposed directly to shade. Both mother and child will expire within hours of exposure, which leads scientists to believe that the protective dome and perimeter wall, combined with the conditions in Fusion City produce the perfect conditions to trigger viable mutation in Kykr species.

Psionicism is exceptionally rare. It is estimated that there are less than 20 000 psionically capable individuals in Fusion City, a city of over 100 million people. Of the children exposed to toxic shade poisoning, a thousand children die before a single one is born with psionicism, and shade poisoning is already rare in Fusion City, thanks to the closed-loop atmospheric processing in Vault of Life. Psionic mutation have only been found in perimeter populations that live in a certain band near the perimeter wall and particularly in the southeastern quadrant.

Psions are virtually unheard of in the wastelands of the Shadowmark. It is believed that if a child is exposed to shade in the wastelands, the exposure is too strong to provide the conditions for viable mutation, and leads to fatal mutation instead. However, mutants are far more common in the wastelands, lending some credence to the theory that large, but still controllable, exposure will lead to physical mutation rather than the more complex psionic mutation.

Psionicism is such a comprehensive and complex mutation that it alters the very core development of the child. It is almost as if has a will of its own in how specific the mutations are. The person is still visibly identifiable as their own species, but certain core genes are altered beyond recognition, leading to altered metabolism, cell structure and above all: mental capability.

People who have undergone psionic mutation are called psions by science. The most obvious changes to the psion's biology is their increased metabolism. They must consume between 30% to 60% more energy than others of their own species in order to remain nutritionally stable. Their brains, and cells in general, consume much more energy and produce an energy field made up of a strange, largely undetectable energy called "psi". This psi is stored in their cells, like batteries, and can be tapped into by the psion to produce supernatural feats.

Psions who are well practiced in their arts is capable of performing psychokinetic abilities that clearly break all established rules of physics, such as becoming invisible to the naked eye, performing telekinesis, influence the minds of others and even manifest their psi as a physical entity to protect themselves from harm. Their powers and abilities are poorly understood by science, and many organizations, including the Communal Authority are performing research into the subject in order to learn more.

Distinct heterochromia in the eyes are another marker that might indicate that the person is a psion. Not every heterochromat is a psion, but the rarity of even sectoral heterochromia makes it a much more reliable marker than albinoism. Heterochromatic psions also have a tendency to exhibit unusual eye colors for their species, with red, pink and purple shades appearing even in non-vindral individuals.

Psionicism is incurable and untreatable. There is no way to remove psionicism as it affects the body and DNA on such a fundamental level. However, there isn't a single psion out there who would want you to "cure" their psionicism. There's nothing wrong with them. They're just different and just want to be left alone.

Kykr society has a history of fear of the supernatural and unknown that goes back thousands of years, back to when the original Trifolk Alliance was formed to fight the fay. Their magic was terrifying to the non-magic capable Kykr. After that, the Mystics of the Shadow Order wielded shade as a weapon, further cementing the fear of the supernatural.

Psychos, espers, psions, freaks, or whatever people may call them, are a worrisome subject for debate. 'Normies' (non-mutated people) fear them, largely out of ignorance. Stories of how psions have manipulated people, read their minds, planted false ideas, removed memories our even outright killed people with the power of their mind are common both in everyday life and in fiction. Psions are the boogeymen of cautionary horror stories among the Kykr. They are seen as these powerful, manipulative beings who use their powers to influence others, control their thoughts and steal your innermost secrets. The public image of a psion is one of disgust and fear. They are largely ostracized from society, should their condition be known, and many psions live in fear because of it.

It isn't strange, then, that many psions do their utmost to hide their abilities from public view. Few even thell their friends and family that the are psions. You never know who will cast you out, persecute you or worse; report you to the authorities.

Galwin Dradik ran a series of reports two years back where she reported on illegal government kidnappings of known psionically capable individuals. She claimed to have evidence that these individuals were taken to secret black ops research sites, ran by a joint megacorp/government branch, where illegal and immoral research was performed on the kidnapped psionis, in an effort to come up with an effective method of countering psionic mutants, understanding their capabilities and perhaps even harness the power for themselves.

While Galwin's reports stirred a lot of talk and debate, it was never determined whether there was any truth to her statements as she has yet to present the evidence she claimed to have. That doesn't stop the psions of Fusion City of living in constant fear of being exposed and "disappear". There are enough psions going missing to lend credence to the practice.

A psion is a mutated person who, through their mutations, have gained psychic and telekinetic abililites. Psions are feared by regular people, mostly because of ignorance, and are persecuted and hunted by the authorities.

A rough equivalent of "humanity". A word from the feudal age, translating to "one of us" or "unity". In the modern age it is steeped in controversy mainly due to how the illim, kuna and vindral enslaved and mistreated the hessak and dru'un.

Because of the persecution and constant pressure psions find themselves under in this society, mental ill health is incredibly common. Most every psion suffers from mild paranoia, stress, PTSD and other stress-related issues. Some suffer so badly that their powers subconsciously manifest in dangerous ways.

A psion is a mutated person who, through their mutations, have gained psychic and telekinetic abililites. Psions are feared by regular people, mostly because of ignorance, and are persecuted and hunted by the authorities.

Answering: "a medical condition which is feared by some"
Visit Toblin's Competition Page Check all other answers to this prompt Competition Homepage

Great article :D You explain that psions are extremely rare, but what does this means in practise with the size of the city? A few hundreds individuals? A few thousands? Despite all the stress and persecution, having such talents really sound great, no wonder they don't want to be "cured" :p One of them should really attempt to play the mastermind in the shadow and take control of that city...

They're not too many. I added a note about the numbers. Also, the whole "mastermind in the shadows"...well, I haven't yet written about the Sirens.... ;) 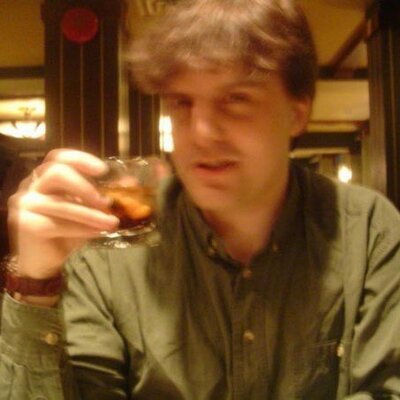 Are there enough psions that this persecution has given rise to any resistance? or created a group of refugees? Or are there so few that they've been unable to group together in any significant number?

Psions are so scared of outing themselves that forming any kind of concerted resistance is impossible. In addition, they're so few they'd barely be a blip on the radar.   That isn't to say there aren't those who don't fight back, or at least try to be left alone.

The science in this article brings me much joy (I mean, in as much as fetal death and DNA mutation can bring one joy). I love how much you've obviously thought about this. The quote at the beginning is quite heartbreaking, and the persecution of these individuals is sadly all too believable.   Great article, Toblin!

Thank you! Love to hear that from you <3 And yes, a fair bit of thought went into this one, but also, a lot of it just played itself out thanks to the established setting surrounding it.