The sky tells us as much about our time here, as about the stories of old...
— Waaglo, a prominent cleric of the Monastic Order of Noteworthy Agnostic Dooloomais

Telling time through the sky's eagle

The night eagle, as it is known by the gripplis in Yuelral's gift soars in the sky throughout the year. But as the seasons come and go, the night eagle moves through the sky, as a shadow of the eagles living below.

When it is hot, and the bush is ready to burn, the eagle is hungry and ready to hunt. We must be careful then, and not leave Yuelral's gift unless necessary.   What happens as we welcome the colder days?
— Waaglo

The night eagle fights in the sky, too preoccupied defending its territory, as younger eagles fight for a chance to replace them in the sky.
— Alquur, an apprenctice for the Monastic Order of Noteworthy Agnostic Dooloomais

Indeed... During the long, cold nights, the night eagle spends all its time dancing, searching for a mate...
— Waaglo

... and when the warm starts to return, the crows and the magpies attack the eagle in turns. Then, the eagle has to defend themselves.   The night eagle reminds us that all under the sky are vulnerable, at some point or another, for the balance must not be disturbed.
— Alquur 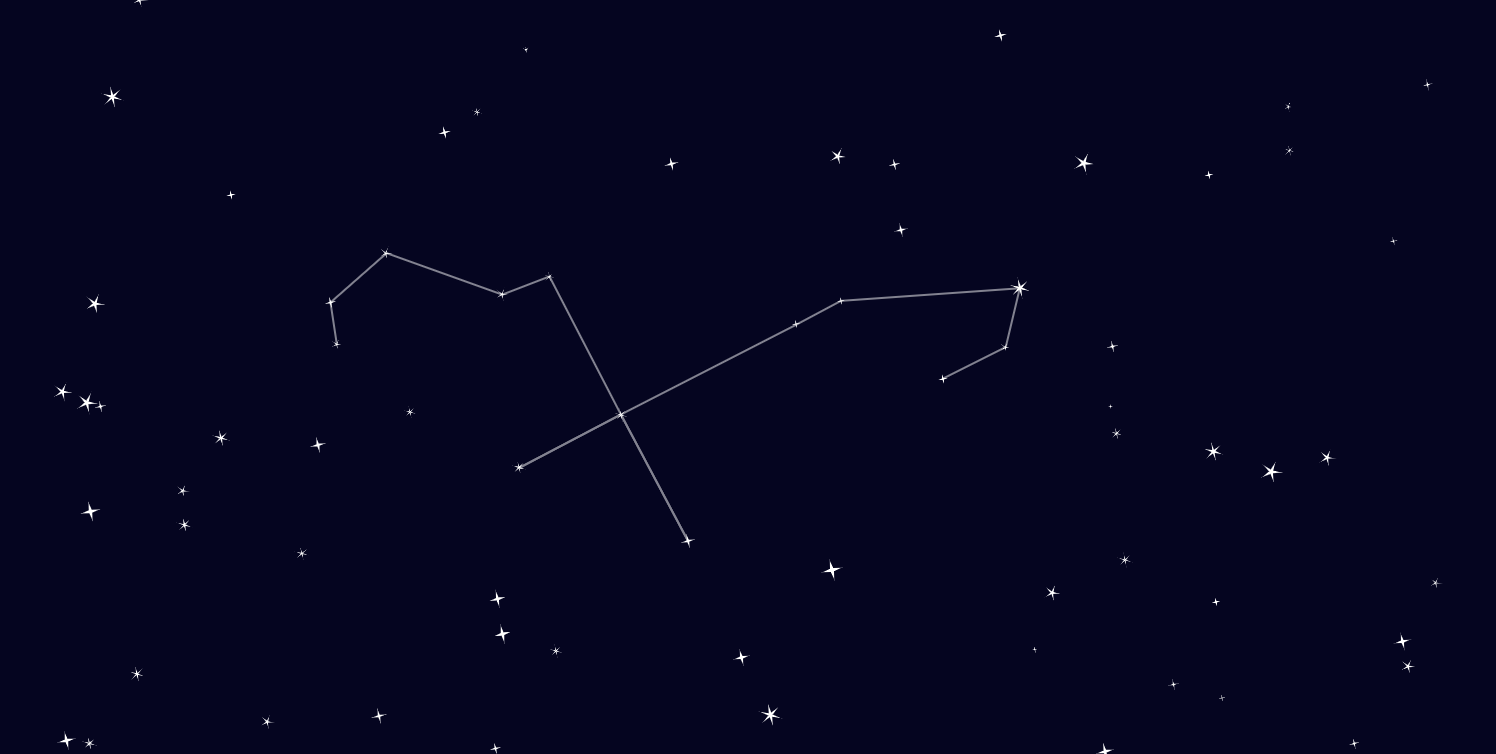 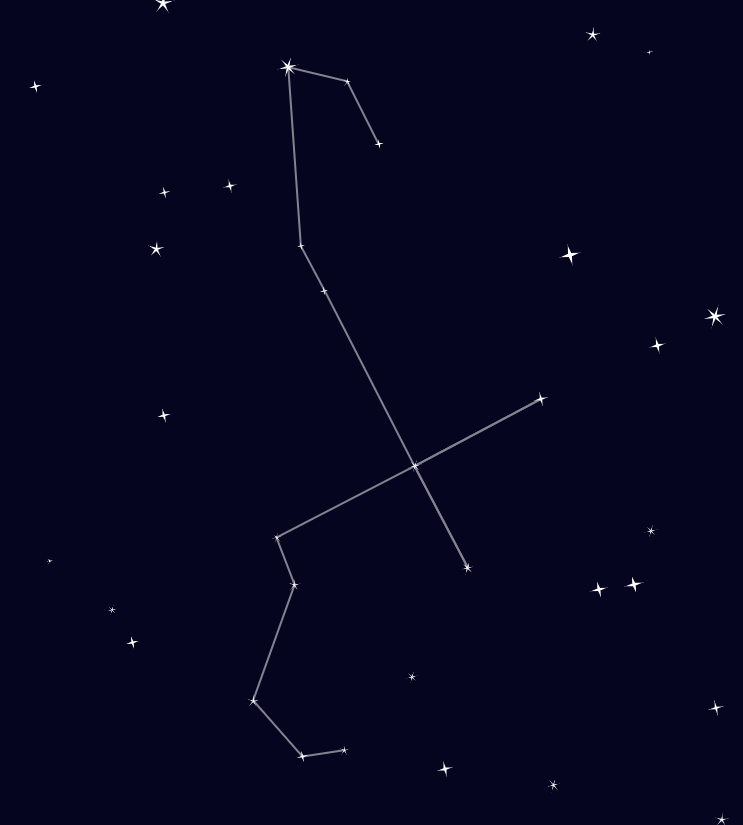 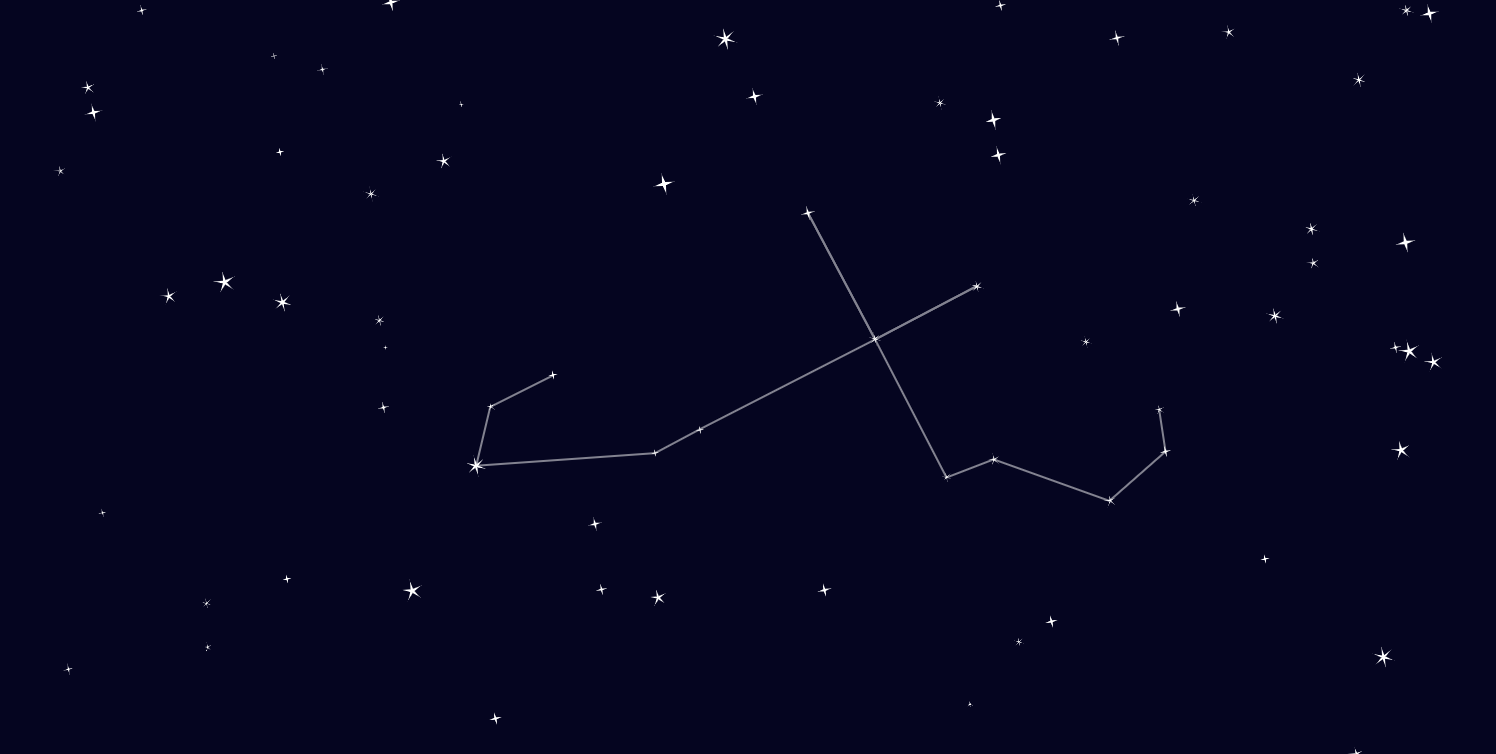 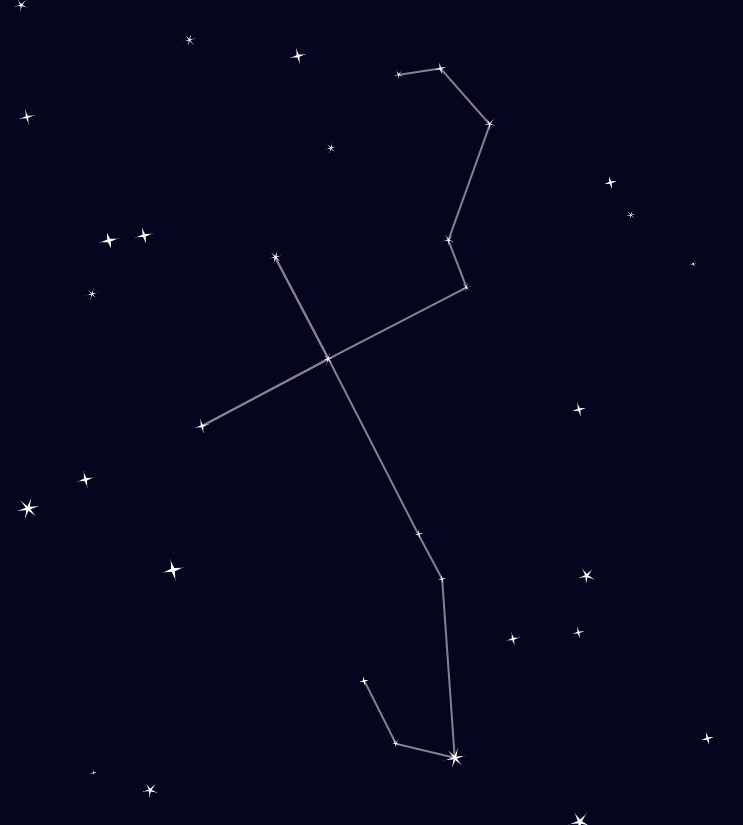 The night eagle is not alone in the sky, it is forever accompanied by the smell of the shield bug 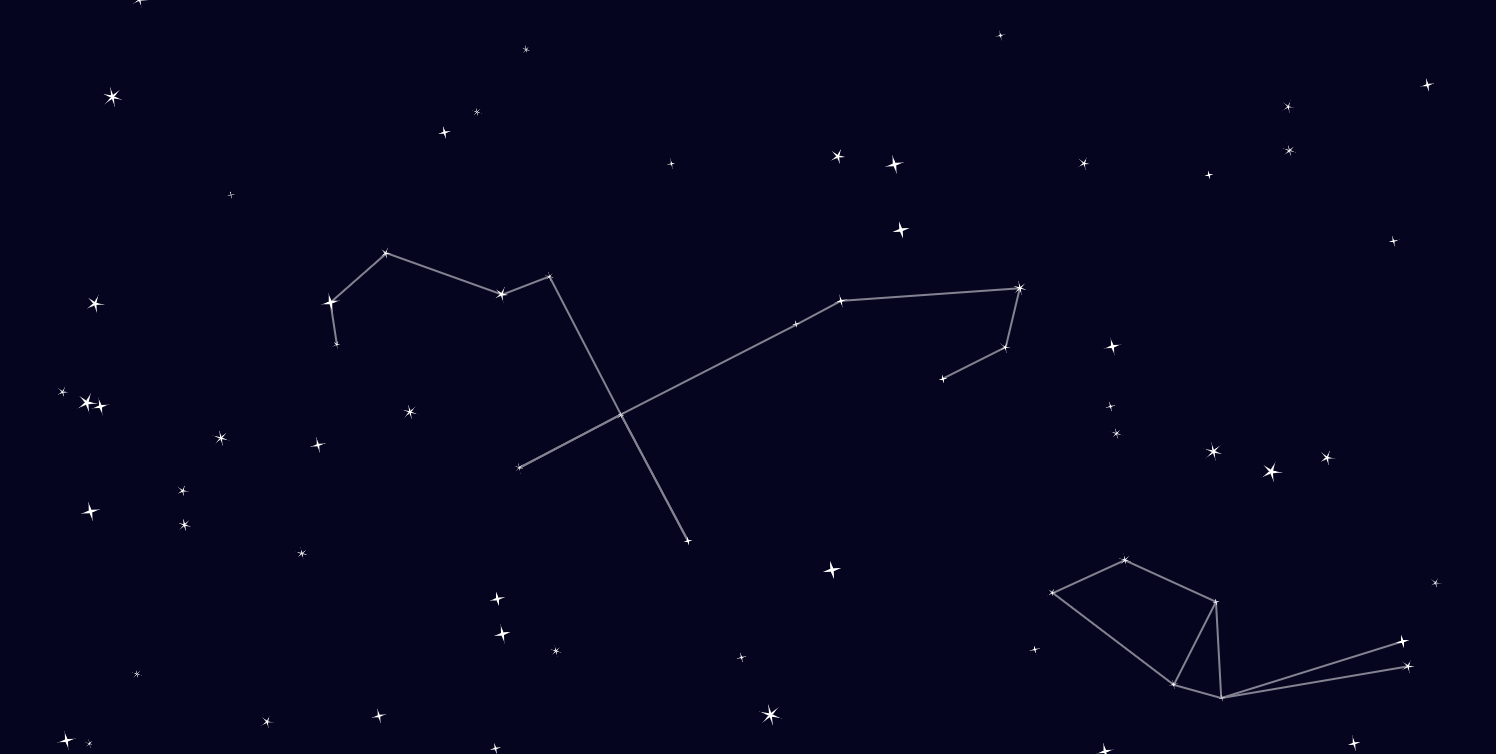 by MGatta (external software)
My favourite story of the night eagle is not about itself, but about the shield bug. Us gripplis may be small, but we can also bring down the large wedge-tailed eagles when the time is right!

The shield bug constellation can be seen running away from the night eagle, with its antennae always pointing away from the eagle. It is said that the night eagle, once it assumed its position on the sky, tried to eat those around them. But as soon as it attacked the shield bug, they released such a foul liquid, that the eagle flew away, and has never tried to eat the bug again.

This world uses trademarks and/or copyrights owned by Paizo Inc., used under Paizo's Community Use Policy. We are expressly prohibited from charging you to use or access this content. This world is not published, endorsed, or specifically approved by Paizo. For more information about Paizo Inc. and Paizo products, visit paizo.com.   However, this world is independent of Paizo's world (Golarion) and most content that you will read here has been created and written by myself.
Cover image: by MGatta (external software)

The original version of this article was created as an entry for World Anvil's flagship Summer Camp 2020 event, specifically for prompt #6:
"Decribe an important celestial body or constellation in your world."
You can view my other entries from the competition here.   All images are sourced from pixabay, pexels, or unsplash unless credited otherwise.

I like the idea of a season changing constellation. I also like how you explained the changes through both pictures and quotes and how you made the changes all related to activities undertaken by eagles. Finally I really like how the article shows how the gripplis explain the stars though their own knowledge and experiences.

Greetings from the Disputed Lands.

This is so good. I like how you use quotes to describe a season changing constellation. It's like getting an explanation through the use of small short stories or flash fiction pieces to provide the details. I was really fascinated! I would love to see more like this!

Thanks! I am glad you enjoyed the format. There's a lot more to be written during Summer Camp, so I hope to come up with more stuff like this :P 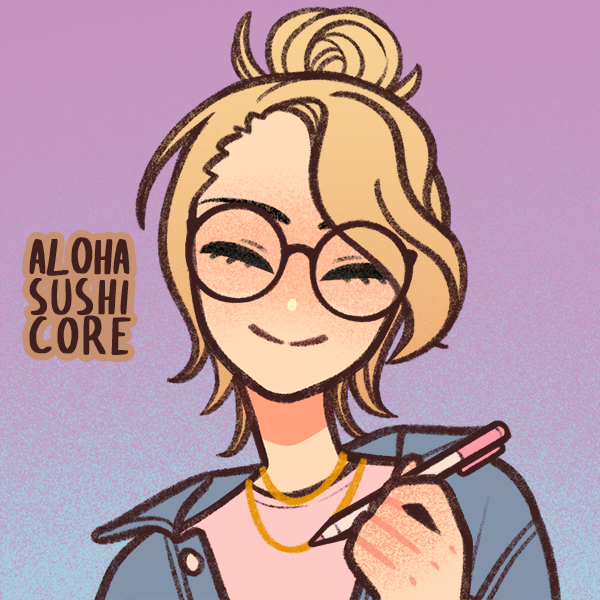 apoline
Apoline, sister of a traveler

Like everyone else that's left a comment, the quote blocks are the highlight for me. They sound almost conversational and provided so much context in such a short excerpt. I'm still wrapping my head around how would the rotating constellation look from a more celestial POV, but overall, it's a well-written and effective article. Loved it!

Awesome idea, nicely executed with the quotes giving a feeling for how it is seen in the world. I really love the short story of the shield bug, would've been awesome if one of the frog likes humanoids starts thinking about how the shield bug tastes^^. You should credit your pictures though even if they are made by your hands.

I love the idea of this constellation, and how you put the quotes in the article. Maybe you could expand on the stories surrounding the constellation more though.

Excellent work man. Love the way you made the article look and the images are just an awesome touch. There are a few stories regarding the constellations even in the real world, and they too seem to narrate their journey across the sky. It's an awesome touch but others have said as much in the comments XD. Great work