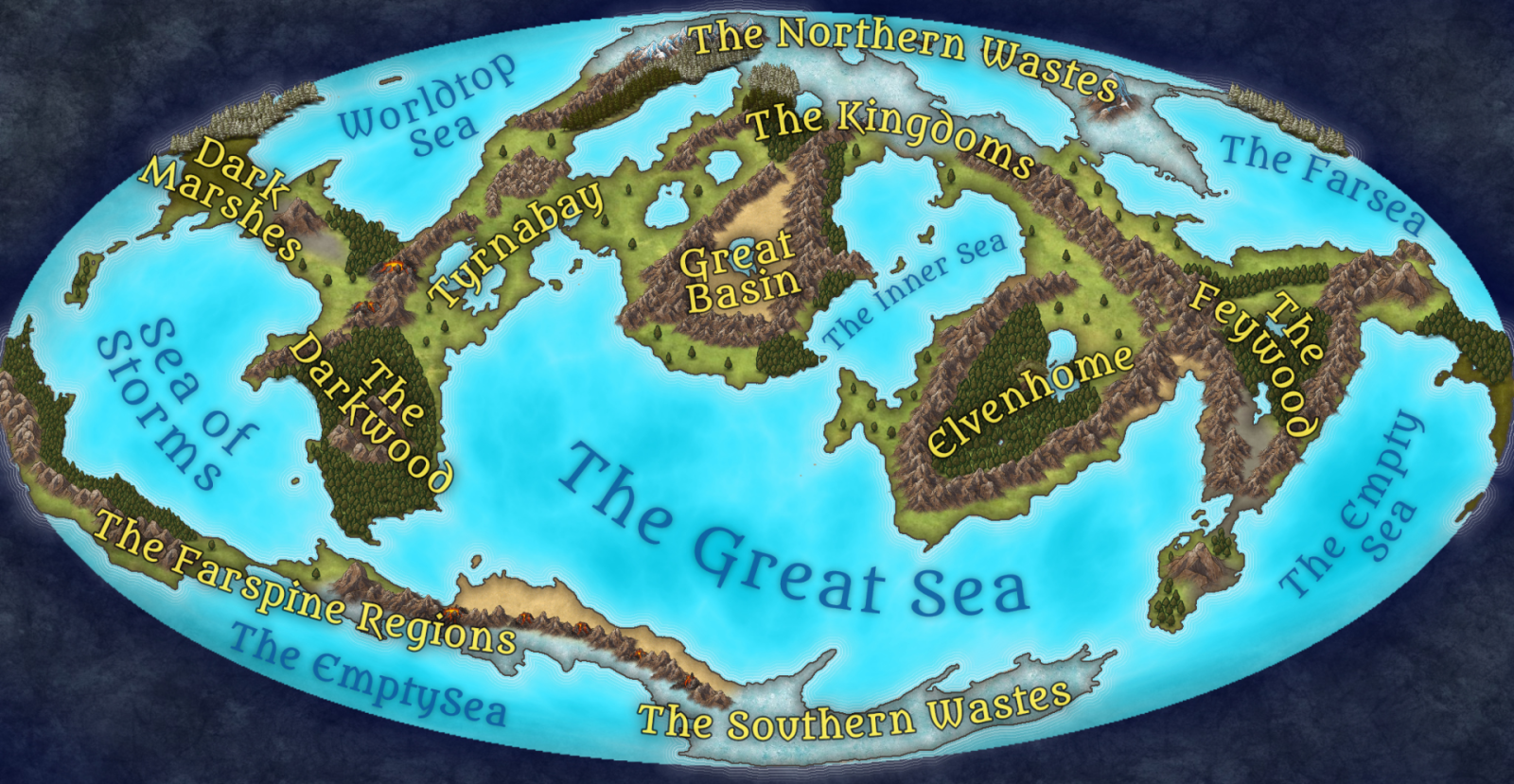 The Wreck of the Citadel

The Seafarer Dwarves are a proud people, and many would agree they are a stubborn people too. It was this pride and stubbornness that led them ages ago to attempt to defeat an obstacle that had stood in their way from the time Thirar Thunderheart first sailed the Farsea. It was an obstacle set in their path by Cartyrion itself. It was a storm unlike any other... a storm that raged on and on without moving, and without diminshing. It was a storm the Dwarves named the Evergale, and it was a storm that the Seafarers were determined to defeat. It was to this end that they built the Citadel - a ship like no other that had ever sailed the seas of Cartyrion, or that ever would until this day.

The Seafarers had tried many times to brave the passage of the Evergale Straits without success. Ships were battered by the crashing waves; masts were toppled and sails torn by fierce winds and lightning. The Dwarves decided to deal with these problems in a manner that was best known to them: they would turn to stone and metal where wood had proved too frail.

The Citadel was constructed in a manner unlike any other ship. Its hull was shaped out of a single block of stone by the best masons that could be found in Cliffport and the Glitterhold - the nearby Dwarven delve. Priests used their magic to ensure the stone was flawless, with no leaks and no stress weaknesses. The masts were made of adamantite shells around a copper core - designed to attract and channel lightning down to the base of the hull. The stay rigging that secured the masts was made of steel cable instead of hemp rope. Two sails were crafted of canvas reinforced with mithal wire thread. Too heavy for regular use, these sails would be the only ones hoisted as the ship entered the storm.

The ship sailed on ?? (need a date), and three weeks later it sailed within sight of the straits and the frightening storm that roiled there. As the ship entered the storm, it appeared at first as if the Dwarves would be successful. The waves that crashed against the ship could not damage the stone hull. The frequent lightning struck the masts again and again, but the energy of the strokes was dispersed harmlessly into the hull and the seas. The mithral sails held against the howling winds.

But the Dwarves had not foreseen one more weapon at the storm's disposal: the currents of the seas in the straits and the jagged and treacherous rocks that circled the islands within the straits. As the ship plowed on through the waves, the swirling winds made it impossible to keep the ship on any course, and once the storm had the ship at its mercy, the currents began to drive it toward the shore. Though the crew tried everything they could, the ship was driven onto the rocks, and the repeated battering of stone upon stone ultimately cause the keel to break and the ship to snap nearly in two.

The Dwarves of Cliffport never knew exactly what became of the CItadel, as there were no survivors. The ship simply never returned. Memorials were erected and services were held for the lost crew, but the families knew that the spirits of their lost kin would not rest easily, as their remains were not returned to lie among their clansmen.

It would be three hundred years before the Seafarers were able to confirm the fate of the Citadel. It was then that the Awkwana Aanarakka sailed into Cliffport with her remarkable tale of taming the storm and passing from the Sea of Storms into the waters of the Farsea. When Aanarakka returned home, the Seafarer cleric Targrim Foamrider was aboard her ship, and as the ship passed the straits by virtue of her magic, he saw the wreckage of the Citadel broken upon the rocks he named the Teeth of the Storm.

Ten years later, after Aanarakka had trained four young Seafarers in the druidic arts to tame the storms, an attempt was made to reach the wreckage and perhaps collect any remains to return them home for proper interment. They returned unsuccessful, though, telling tales of the wreckage being haunted by wraiths - twisted, angry spirits of the Dwarves that died upon the rocks with the ship and were left to rot without proper burial. Three hundred years of battering by the storm had twisted these souls. Since then, several others have tried to approach the wreck, but to the knowledge of the sages, none have ever succeeded.
Motto
Through the Storm
Rarity
Unique
Beam
30ft (9m)
Length
70ft (21m) overall; 50ft (15m) keel
Weight
250 tons (227 metric tonnes) displacement
Complement / Crew
40 Sailors, 8 Officers, 2 Mages
Cargo & Passengers Capacity
100 tons cargo; 8 passengers other than crew
Tyrnabay
In response to the prompt Tell us about a famous wreckage in your world. What happened to it?