VISCERIUM    Demonomicon    Nadirs      7 Nadirs of Sin      Xateal, Nadir of Greed
"The Thief" or "The Snatcher" known as Xateal, hordes all things of value.
Power, wealth and self-servitude are synonymous with this Nadir and their Underlings.   Often depicted wearing a chain of corpses hanging from then neck whilst dragging great sacks and nets of more bodies, gold, gemstones and loot, The Nadir of Greed's deft hands are not one to miss something of worth on their travels.   It is said that Xateal has hoards of endless wealth. Tales of grand caverns filled wall to wall with piles upon piles of pelts, gold, metals, statues, gemstones and more. Anything that someone could crave in a materialistic manner can be found somewhere within. There are even tales of beautiful people who have disappeared in Xateal's presence, presumed to be taken captive and held prisoner to be admired. Even their Underlings seem to share this desire of beautiful people. Either ignoring others and focusing on those they deem attractive or going out of their way solely to lay traps for those stand-out individuals.

Xateal is a hoarder, collector and admirer of all things that are not theirs. With a penchant for stealing things from others without them noticing, The Nadir of Greed gets a kick out of confusing their victims as to where their belongings may be.   Constantly scheming ways to take the shiniest loot from their fellow Nadirs or steal relics from the Zeniths without their knowledge, Xateal is truly a mischievous Nadir with a ruthless need to take that which they desire, even if it means slaughtering any witnesses. Xateal will take what they want, when they want.

Rifts that have been corrupted by Xateal's power appear as a black ring of long, spindly hands and arms endlessly clambering around the rift. Within this ring of arms and hands, a dull grey rift sparkling with gold flakes ebbs gently in the centre. It is surrounded by a dry, dusty crack in the earth shrouded by a thick sandy fog that seemingly removes moisture from the air. Within the crack lies a large, tangled, endless web to hold onto all that get close.
The surrounding area gradually depresses into the ground like a large, shallow crater leading to the centre, ever guiding the unfortunate inwards. The immediate edges of the crack are lined with muddy drag marks of claws and hands being pulled into the pit. 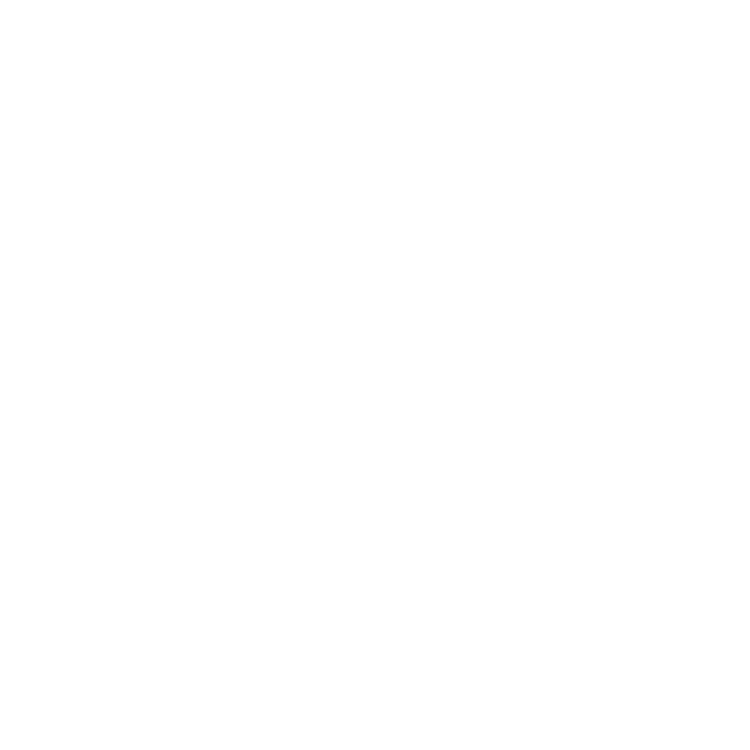 Those who worship Xateal do so out of a desire to have more, more money, more friends, more power or anything else one could desire to have more of. They have an unfulfillable desire for more and an unshakable resolve in their belief that what they currently have, simply is not enough.   Acts of thievery, mischief, hoarding and greed amuse Xateal. These actions are certain to earn the Nadir's favour if consistently repeated and practiced.
Content warning(s):
abduction, hoarding 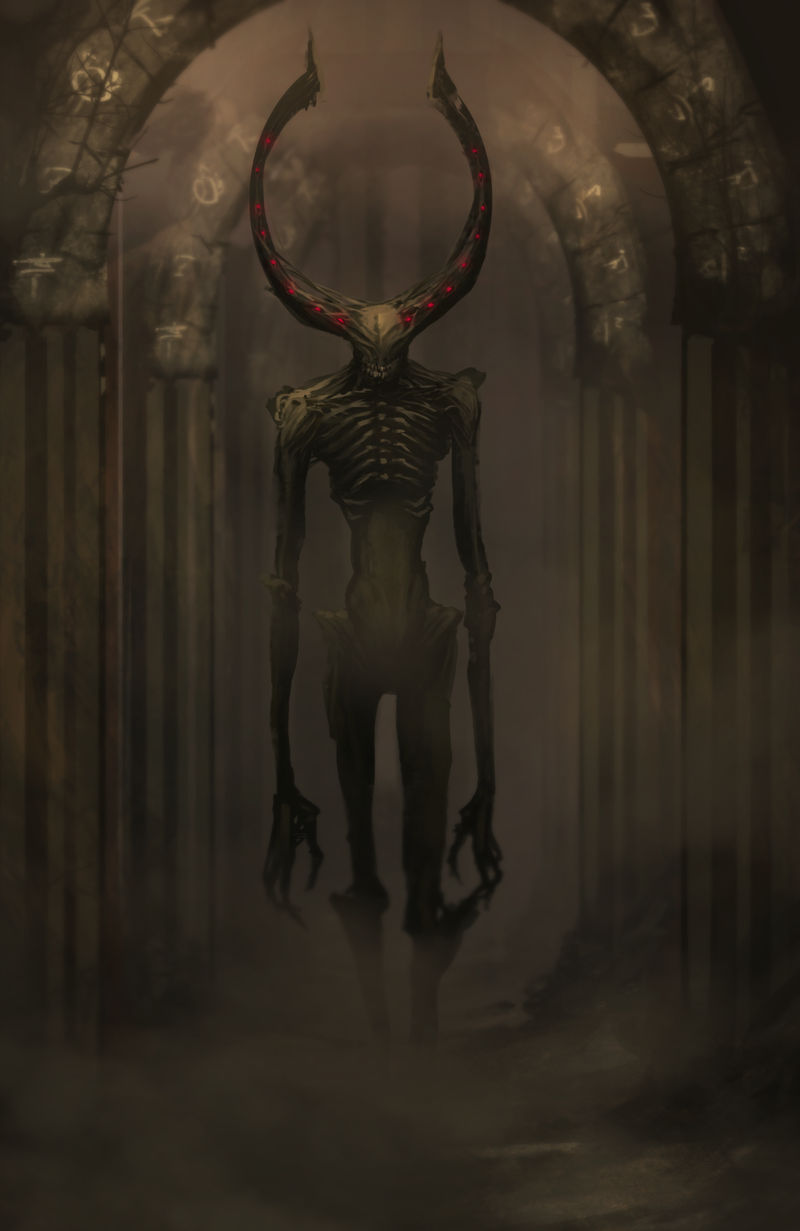 Abyssal Wendigo by legendary-memory
Height
21'5" (6.5m)
Skin colour
Ash grey
Iris
Black
Sclera
Gold
Children
Apperance is an approximation, defined by alleged sightings and historical tales.
All artwork that is not an original creation by myself (@Bladeswillfall) will be replaced in time with either original pieces or commissioned art.

Xateal grants untold fortune onto their followers in stages. With this fortune though, comes an insatiable desire to hoard, as well as becoming extremely possessive over their valuables, be they people or possessions.
At first, Xateal grants the power of great financial and economic instincts, enabling the individual to effectively make decisions that would grow the value of what possessions they do have and build significant wealth over a relatively short period of time. After this rise in possessions and status, the Nadir of Greed may choose to also bestow upon their chosen, a silver tongue, enabling an even further rise in social status and as such, additional material goods. Many a charlatan have been known to worship Xateal, a fact discovered soon after their demise.
Once Xateal's influence grows too strong, folk have been known to bar their homes and obsess over their wealth, often denying their basic needs for a time, solely to admire their fortune longer. Thus giving Xateal's underlings time to collect on their investment.   It is not uncommon for those who receive Xateal's boons to be of nobility or work in fields with high financial potential such as banking, trading, pawning or shadier markets.

Some of the most annoying and commonly found underlings of Xateal are the Swag snatcher and Trapper. Both of these are seen as pests but they can be wickedly vicious and a group of them are not to be trifled with.   The Swag snatcher is simply a swift thief and hoarder of trinkets. A small being with deft hands and lightning reflexes able to scamper away from their target at great speed.
Whereas the Trapper is named as such for their obsession with placing traps and capturing things. The bigger and more valuable thing they can trap, the more accomplished and smart the Trapper feels.
7 Nadirs of Sin

I've liked your nadirs in the past, and I decided to comment on this one specifically for the writing challenge.   Your Nadirs are an interesting take on the cardinal sins, given physical, and somewhat terrifying physical forms. Xateal seems to be a more primal form of greed, caring about stealing physical wealth and all beautiful things to be admired, and granting fortune to those that do the same. The only aspect of greed Xateal doesn't seem to embody is the desire for higher social standing and charlatan priests getting rich selling sacraments or favors from whatever the opposite of this world's Nadirs are.   If I were to offer any criticism to this article, it would be this: It doesn't make much sense for Xateal, the physical embodiment of greed on this world, to be granting wealth to his followers, not unless he gets a massive return on his investment. Considering many of his followers have the tendency to lock themselves at home to admire the wealth they have instead of getting more, I don't see this happening.

Thank you for your continued support and interest.   My intent was for the hoarding and admiration to come across as a side-effect and not necesarily the intended result. I'd pictured Xateal granting a form of luck that grants these people their wealth, not Xateal giving it to them directly. And as such, once they die, the Nadir collects the hoarded goods. The act of those granted a boon hoarding their wealth and secluding themselves acts as a sort of guarantee for Xateal as it keeps the wealth secure until the Nadir comes to collect.   You point on social standings and charlatans though is a great one and something I'll take into consideration when updating this article as I feel it will only add to the character.   Thank you again for taking the time to comment and leave such great feedback. Let me know what you think of my response? :)

This is a very well done character sketch on a demonic influencer. Outstanding desire of acquisition and possession - both in the chase and the having. Nice artworks too.

Thank you so much, there's likely revisions to come to all of them as their personas develop and the world of VISCERIUM flourishes but i'm really happy to see so much love around them all!

I like how this article looks. The black, gold and orange is very nice. And the nadir is shudder-inducing. Also, is "The Theif" misspelled? It's a title, so I wasn't certain if you wanted it that way.

Thank you so much! I really tried to make the dark feel dark and the light feel slightly less dark haha. It was yeah, great spot! I've corrected it now, didn't notice it when I ran the article through a spell-check aha. 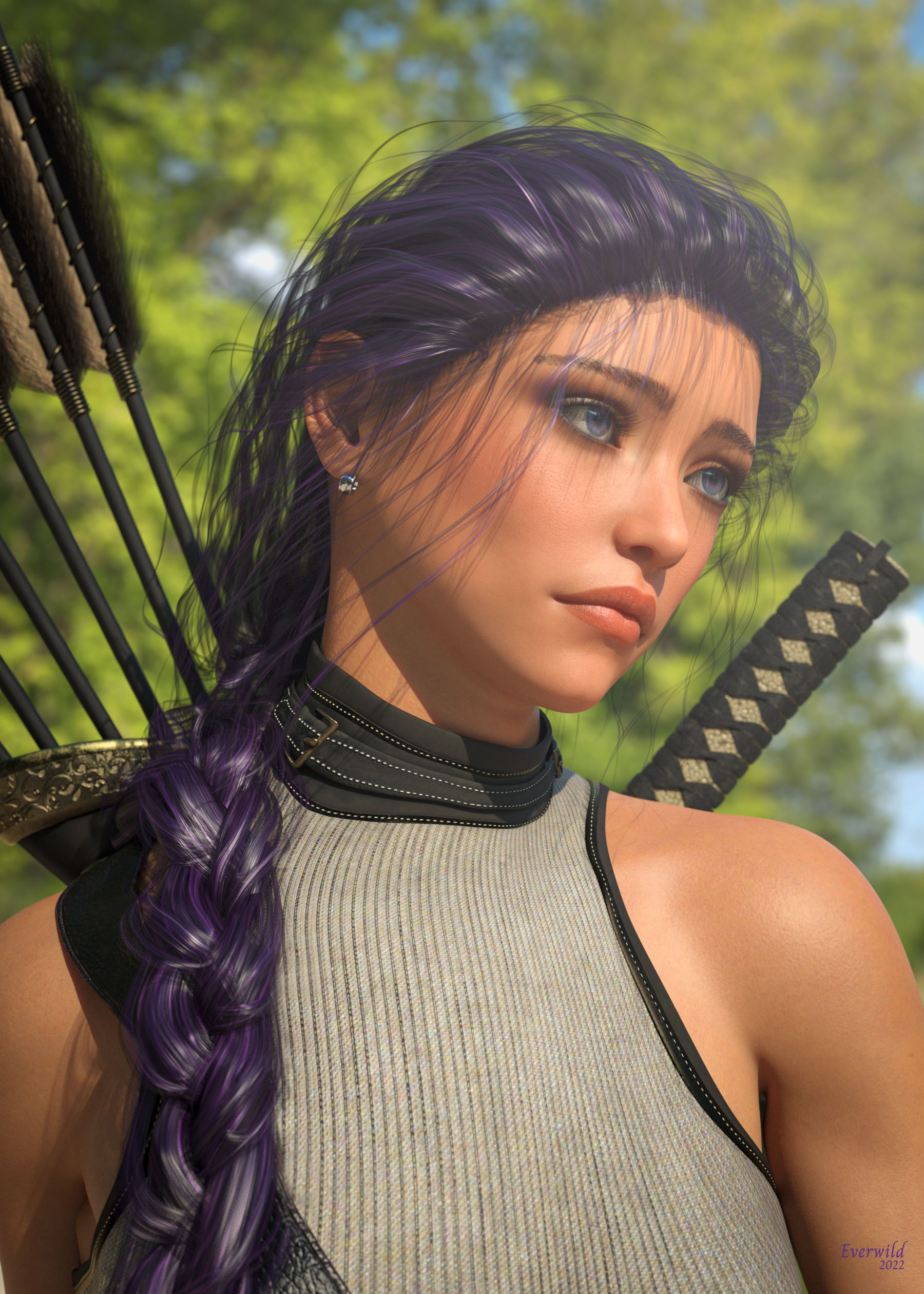 I mean, everything about the Nadirs is impeccable, from your organization, to their characterizations, to your choice of artists. I have thoroughly enjoyed keeping track of your progress on all of them. One more to go? On the plus side, if you have a Xateal Underling who collects clutter, send 'em this way. I can keep them busy for a few days.   I somewhat echo Chrispy_O's sentiments on the return of investment. Of all of them, I would think greed would be the most apt to be the "deal with the devil" sort. Whether directly, or indirectly, the drive for that return or payment might be strong, and might be enough to influence the progression. Not really a critique, though -- just an observation. It also makes me think that maybe I need to give the angels and demons of my universe a little deeper thought. Good and evil aren't quite as cut and dried as this, but you've shown me that I probably shouldn't just gloss over all of that.

Thank you! I can't take all of the credit though, there are some great people who have helped me to write these characters (noted in the Authors credits). Yes indeed, next up is Evaxi, Nadir of Envy. Haha, there might just be ;) !   A valid point indeed and something I am working on, I push a notification out once I figure out the specificics and update this Nadir. Angels and demons are a fun topic to mess around with, no need to stick to the generic ideas, i'd love to see what you come up with!