Once called the Nightrose Pens of Onigrad, these two writing implements were recovered from a minor Eastern island in the late ninth century TA, and were thought to have been created about two hundred years VA. They have been given names, Nightrose Luo and Nightrose Þak.

They were passed down as nobles in a position of power retired or simply passed, and were considered a blessed relic in their culture. However, the first of these pens was a tool that exploited the rudimentary knowledge of magic at the time, used by those called Puppeteers of the Scribe.

The first of the two pens appeared to have been carved of a special wood at the time, an especially dense and difficult one to work with; it was considered a luxury, items made of which were definitely a symbol of power. It was a slender pen with a rounded point at the back that curved into a bulbous middle, before tapering to the front to a flat end, in which the nib of the pen was secured. It was painted a deep blackish purple matte finish, with a ring of silver running the edge of the flat end.

The nib itself was of an especially rare blacksteel, with a very small capillary running through its middle into the shaft of the pen, where the reservoir of special ink is held.

The defining feature of this pen was the protruding decoration towards the back of the pen in the shape of a rose, painted intricately with visible thorns, and its petals glazed in a glossy, jet-black finish. If one looks close enough, they might notice hundreds of tiny white specs on its petals. It was a Nightrose, the symbol of the Kingdom of Onigrad, and it was for this reason it was named The Nightrose Pen.

Luo's "younger sibling" of sorts, is an identical pen formed of the same wood, except its main body is completely white, save the Blackrose decoration which defined it as the Luo's successor.

The ring of silver crowning the edge was instead replaced with a ring of blacksteel, matching the rose at its back, and the nib was instead made of pure silver. It's reservoir functioned the exact same.

In the time when the first pen was created, it was still thought that no mortal could harness the power of magic in Onigrad; it was a power of divine creatures. This lack of knowledge meant little to none of the common folk had control of their souls, leaving them vulnerable.

The Nightrose Luo was used among nobles in Onigrad, and was praised as one of the finest pens to write with, but little had they known their pen was the key for someone to exploit them.

It was the ink that held the true power. It was a special ink crafted to be receptive of magical energy, embued with a special ability of the user's choosing, all the while it continued to write just as any quality ink of the time did.

As the ink was exposed, the energy radiated away from it, which does nothing of interest when writ upon paper, but the secret is in the pen's shaft. As the ink is drawn from the reservoir, the capillary forks. Ink is drawn out to the paper as usual, but it is also led to the side of the pen, where one's finger would be gripping it. Such a hole would be tiny enough to miss detection, but as the ink touches the victim's finger, it seeps into the fur, scale or skin, vanishing and allowing the magic of the user to join the soul of the victim.

The most common ability put into this ink was that of Mindwarp, allowing an influence of the mind ranging from subtle nudges and intrusive thoughts to aggressive control. Such control could mean the control over whatever the noble or lord saw over, and depending on the power of the user, control over the victim's actions themselves.

This had rather serious implications, especially in the later years of Onigrad's reign, as a suspicious number of nobles had mysteriously died following the first few uses of the pen, right after taking their positions of course. Upon inspection, the only conclusion that could be drawn was that of heart failure, as even the healthiest and youngest of these upperclassmen could drop at a moment's notice after using this pen.

Another notable occurance that seemed to arise alongside the deaths were strange bouts of uncharacteristic outbursts. Family members would recall the victim in a trance-like state, yelling obscenities in public or taking part in unfavorable activities that were completely out of the norm, bringing great embarassment and ruin of reputation. It was to the point where a passing joke about the pens being at fault became a rumor of a curse, and still the mysterious deaths and strange outbursts continued.

Out of fear of a true curse, none were allowed to write with the pen.

None know who exactly took advantage of these pens, but it's assumed whoever had them created would have been the first to use them, and kept their secret with few others beyond their death, who then decided to use it for murder.

Of course, its power was eventually found out, and the pen was shattered as the theory of souls and magic were developed in the Eastern Lands. In its memory, Nightrose Þak was created, intended as a replacement with no sinister tricks. It was recovered first in 933 ZA in the ruins of Onigrad.

Only a few months later, the nib and the splintered front-half of the shaft of Nightrose Luo were found in a glass case. It was after studying these two relics and the records of late Onigradians that the two were individually named, and dubbed The Puppeteer Pens. 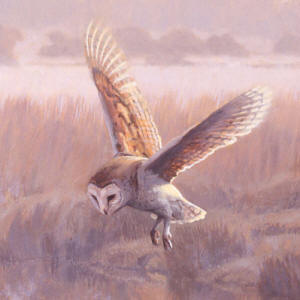 I liked it. It read smoothly and didn't feel like a long article. Was a little confused by the appearance of "Nightrose Þak " in the last paragraphs - is this the white pen, or something else? Otherwise, great job!

Spooky stuff, Vox. I greatly dislike mind-affecting abilities so this was an easy ping on my discomfort scale. Good job, yo.