Somethin' burst right outta me— from my spirit— full of rage. I knew what it was, and it knew, too. I know er'one says it— but I gotta do it too— I saw myself in it.
— A reminiscing saawkamut.

A yah is the spirit made manifest, a trusty steed and companion for most spellslingers. It is a ceremonious occasion for any saawkamut, as the manifestation of one's yah is a sign that they have finally mastered control of their spirit.

Yah can only be ridden by the saawkamut that they are bound to.   Unless the rider permits, any others who attempt to mount the ethereal steeds will find themselves singed by their spirit.

How one's yah first manifests varies as each individual does— that is to say, there is no guaranteed method to force it out. One must simply continue to study and train in the use of their spirit. In the grand majority of cases, a yah will appear soon after a saawkamut has gained mastery of their own spirit— though in some rare cases they may appear before novices. To master one's spirit is to have complete balance within oneself, not just in one or two aspects as is needed to begin casting spells. Some may spend their entire lives attempting to reach this point, while others stumble into it. Not every saawkamut lives to see their yah, and those who do are to be respected— and in some cases, feared. 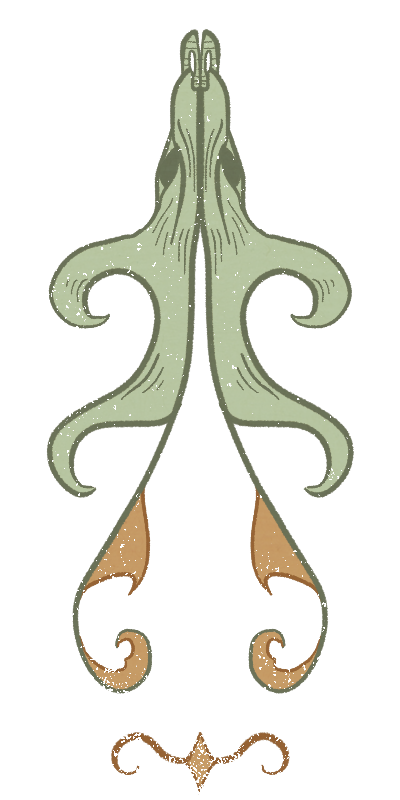 The appearance of one's yah is unique to them, and them alone— as it is a representation of their very spirit. Everything from size and abilities varies from saawkamut to saawkamut. They are all of a similar base form, that being one of a ghostly horse. They are quadrupedal, have hooves, and manes— everything else is up to variation.   One particularly famous yah is that of Tikpaat Yamku red with a fiery mane, a hole runs through the center of its forehead as if a cylinder had been pushed through it— something its rider uses to their advantage, wielding a long-barreled rifle that would be otherwise unwieldy on horseback. Its mane is of an ethereal flame that harms none, but heats Tikpaat's rifle and adds an extra punch to his spells.   Another example is that of the feared Tiil Laaw— a slayer of other saawkamut. His is a bright white steed, whose back half is gone— leaving wispy tendrils which grope for what is not there. It stands and gallops along its two front legs as if there was nothing missing to begin with. Those who have encountered the pale yah say that its eyes shine like emeralds. It is able to grasp living creatures with the tendrils at its back, holding them still and even controlling their movements— if need be.
Yah do not require food, water, or any sort of sustenance— they simply exist. Shortly after their first appearance, their rider will find it easy to call them in and out of existence— making storage a nonissue. Similarly, there is no end to their stamina. Even if shot in the head, a yah will continue onward— in fact, a yah cannot be killed by conventional means, only disabled with certain spells or by simply blocking its path. That said, a yah's rider can sustain damage inflicted upon their steed— if it would have killed a regular animal, the rider would take a less serious injury on their own body in a similar location.   If one were to attempt to shoot a yah's heart, and hit, the rider would find themselves with a broken rib— rather than being immediately dead. As such, the duo must act in harmony— thankfully, being a manifestation of their rider's spirit, yah do not require breaking in or training of any sort to be ridden expertly. Both parties move as one, as if of the same mind.

Oftentimes it's my only friend, on lonely jobs I find myself bringing it out jus' ta have someone else by my side as I stare up at them stars.
— A lonely saawkamut

There really isn't much to add besides it an brilliant idea and an amazing article. It's short and straightforward, well written, and i just like the idea of spirit mounts as presented here. I think it's fascinating that the rider can be hurt if the yah is. That's a nice little touch.

Thanks! I was lazy and didn't want horses just running around as a normal thing in this world, this gives a lot of fun room for creating interesting characters and tools for them! First, unique magic guns, now unique ghost horses, these cowboys are shaping up to have a ton of room for fun designs and abilities.

Absolutely. I really like how one of them even enhances the spells cast by rider. I wouldn't call that lazy XD you created tons of opportunities and an entire funtion of the world. Till next time!