Spirits live within each living thing, and are the primary source of magical power for most in Umqwam.

What is believed to strengthen one's spirit changes from culture to culture, and religion to religion. One group believes that spirits are bolstered by adamant worship and devout following of their faith's tenets. Another believes that it is strengthened through study, and knowledge. Neither are correct.   In truth, spirits gain strength from balance within oneself. Balance of happiness, and sadness. Peace, and chaos. Work, and play. Masculinity, and femininity. One needn't possess every type of balance to begin casting spells— just one. Not all balances are equal, either; often, correcting and maintaining whichever is the most imbalanced within oneself is the key to unlocking their power. This creates a challenge that must be overcome for all aspiring spellslingers, more commonly referred to as saawkamut.


Each spirit has a core called a Tsaaw. These hold great power for each person, as they are the center of their being. Should one wish to start anew, begin a new life— they may wish to work from the ground up by changing their Tsaaw and thus their very being.   A Tsaaw can be changed through ritual, rare minerals, and forbidden spells.

Changin' yer Tsaaw is like takin' a shotgun t' an unfinish'd basket, rather than simply weavin' it.
— An old preacher

However, changing one's Tsaaw is a mere shortcut to change. It corrupts oneself by rapidly rather than slowly changing who they are. Memories are warped or forgotten, opinions, tastes, and behaviors vary wildly— it is a gamble for a better self, and one that is seldom successful. 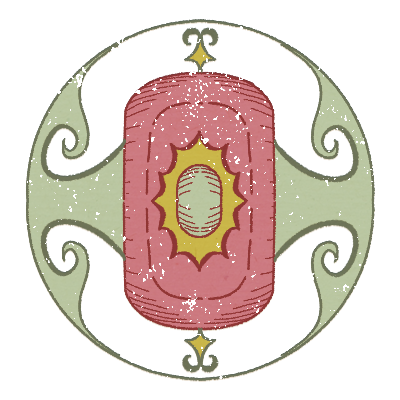 Raw spells have little range, and aren't as effective as they can be. To focus and strengthen one's magic farther, tools must be adopted. These tools are enchanted with spirits of their own— though spirits of objects differ greatly from those of living beings. Enchanting an object requires rituals involving special minerals or locations— and just like strengthening one's spirit, there are a variety of beliefs around exactly what method truly works.   However, there is again just one explanation; the object requires an existing spirit to be grafted to itself. This spirit can be a piece of the wielder's own spirit, a sliver of the spirit of an enchanted location, a spirit from a mineral which inexplicably contains a spirit of its own, or the whole spirit of another sentient being. Grafting someone's entire spirit kills them, and is shunned in most cultures.   As tools, saawkamut choose a wide variety of objects including but not limited to buckles, charms, spurs, feathers, and most notoriously— guns.

Spells are cast by pulling strength from within oneself.   Novice saawkamut must do this in an almost literal fashion, by bringing an open hand to their abdomen and pulling back as if wresting something from within.   The strength of one's magic is directly tied to the strength of their spirit, attempting to cast above one's means can draw more than they can handle— leading to tsavik, or spirit exhaustion 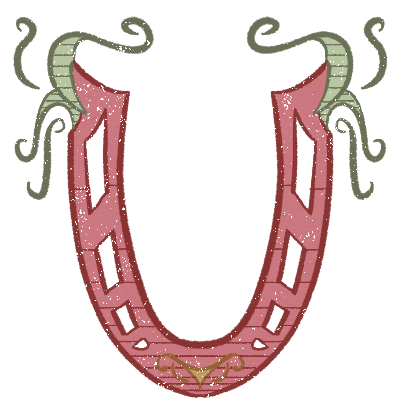 Some believe they have found a way to exploit the nature of spirits.   By instilling imbalance in someone else, with abuse, encouraging certain behaviors, lies, and other horrid tactics they think that they can set another up for an opportunity to balance themselves.    Of course, this ultimately creates a great imbalance within the abuser themselves— which, assuming they continue their terrible practices, merely grows and stifles what abilities they previously had.

Woooo all right! So, here we go again. First, again I gotta compliment the theme. The artwork, the textures, the colors... off its amazing. it really gets the aesthetic out there to back up the content.   I love the ironic element of the power being balance. I imagine that many tragic situations cab come from the incorrect beliefs, particularly when the belief is directly preventing the balance one is trying to achieve.     " It corrupts oneself by rapidly rather than slowly changing who they are. Memories are warped or forgotten, "     This really stuck out to me. I like how you include this little shortcut and the negative effects it can have. It also raises a question on why someone would do this? Why change it despite the drawbacks? Is the desire to change that strong?       "limited to buckles, charms, spurs, feathers, and most notoriously— guns"     Ooooo yesssss! I've been pondering this for my worlds and how id go about doing it. The western aesthetic is definitely there and its awesome. I'm excited to learn more about it! Casting spells through a gun is a favorite!     "Novice saawkamut must do this in an almost literal fashion, by bringing an open hand to their abdomen and pulling back as if wresting something from within"   Idk why, but this really does have the native American vibe to me. The action of literally pulling it from you I mean. It could just be the aesthetic but I like it! On another note, the naming you're using is intriguing. What insoire the language? Prolly gonna have to read the language article I saw.   The forcing balance section is the only part where my mind couldn't quite grasp what ur intending. How can one force the balance this way? It's horrible for sure, but how does it happen, like the process? Maybe an example would help?     Excellent work! I love the quotes and just everything. It really gives an amazing weird west vibe that I love like deadlands or more accurately dogs in the vineyard, which I thouroughly suggest if you've never heard of it. Its not related to much but it touches on alot of you're themes (religion being the big one) though lacks some of the weird. I love it and I'm hooked. Looking forward to more!

Thanks for the kind words!
Incorrect beliefs that dampen balance will VERY much play a role. Kind of the main reasoning behind balance being part of the system!
Depression, self loathing, even outside pressure from peers, society, or family— there are many reasons why someone may be desperate to start anew. In a sense, it's like suicide— but without death.
I have PLENTY of great ideas for gun magic, hopefully I'll get some out during WorldEmber!
The language is a conlang based loosely off the Hopi language.
So, as an extreme example, say a child is raised to never show happiness. Their parents hit them when they smile, lock them in a closet if they laugh, keep food from them if they play, etc. This effectively creates an imbalance, a lack of happiness to offset the anger and the sadness. The parents believe this will be a stepping stone to grant the child a strong spirit once they do find happiness, but in their abuse, begin to lose compassion and happiness of their own— imbalancing their own selves. As they continue to believe it will do their child good, they don't stop— perpetuating and deepening their imbalances. The child may never fully recover from this abuse— and neither will the parents. A complete loss. There is an alternative where the child runs away, and becomes a preacher somewhere far away— finally finding happiness and a stronger spirit after all is said and done. It's this alternative that the parents wish for. This is all to say, you can't force it. You can't reset it. You need to put in the work.
I will give that a look, never heard of it before!
Thanks again, and I'm looking forward to writing more!