Isn't that uncomfortable?
— A confused dreamer

Yahavo is magically treated, weaveable stone. The methods for creating it are a secret known only to the Votaw.

Yahavo is incredibly durable, as it is literally stone. Yet it is as flexible and lightweight as any other textile. It can be woven into cloth, and used to make all manner of objects from clothing, tents, and decoration, to armor, insulation, and even weaponry. Due to its enchanted properties, it is surprisingly soft— and as stone, it seems to retain heat moderately well.   If woven tightly enough, it can even become watertight. Primarily, it is used by the Votaw for clothing, as stone is incredibly abundant due to their underground settlements. However other applications have been found over time, such as in creating flexible watertight hoses for use in irrigation, fire extinguishers, and temporary and/or particularly difficult plumbing. 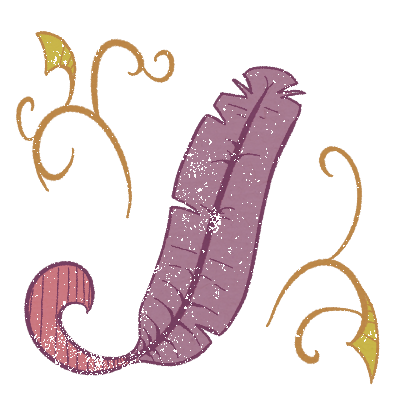 Yahavo's creation process is a long one, it can take up to an entire week to create a single batch. First, stone is collected and taken to a textile factory— powered by a large Ool engine— where it is crushed by an array of machines and carried by a conveyor belt to fill a patterned hole in a large room called the enchantry.   Here, a group of enchanters— typically numbering three in total— will begin the enchanting process. They must place their hands in the ring and close their eyes, relaxing, sending tendrils of spirit through the material and grafting a minuscule portion of spirit to each and every grain.   As each and every grain must be enchanted, this takes multiple sessions to complete— each lasting for hours on end. By the end of this process, the stone will now be rearranged into fiber— which is then moved out into the next area of the factory where a grand number of looms rest, manned by a vast number of men and women. Here it is finally woven into usable textile.

Gunsmiths take particular interest in yahavo. As an enchanted material it should— in theory— be somewhat resistant to spells, and thus perfectly suitable for use in creating gun barrels.   The result of this experimentation were guns with flexible barrels.

OOOOO ok yesss! i love the idea. Executed perfectly as always. Its a neat concept. The idea of wearing flexible stone is so unique.   " in irrigation, fire extinguishers, and temporary and/or particularly difficult plumbing." Idk what you meant by difficult plumbing but as a maintenance man. my mind just went "dear god no."   The way you layout the creation process is also intriguing. It so meticulous having to place your spirit in every grain. The only thing id love more info in is the flexible barrels. It almost seems rushed through and stops abruptly. I must know more! how do they work? Shoot around corners?     OOO im in love with this world and its one of my favorites on the whole of WA. I kept this in my notifs just to leave a comment and im kinda sad cause so far im speechless. a "great work" just doesnt feel right. I do apologize but just... awesome work!