Sure, I may wake up t'marra an' find my possessions missin', I may get stabbed n' robbed in a dark alley, I may even git shot dead 'cause I stepped on somebody's toe—   but there ain't no gov'ment er church t' tell me I can't do the same to nobody else!
— A Pokawalan resident

Pokawalan, literally meaning "home of the free," is a lawless city built outside of any nest— resting precariously on wooden stilts between the great tree's trunk, and the branch that holds Yowan.   Pokawalan acts as a "free" state that exists outside the control of any government, religion, or military, and houses a myriad of persons from all of Umqwam.

Pokawalan was founded around 115 years ago, by a Votaw woman by the name of Toqlaay, who had grown tired of the processes and red tape needed to conduct and submit her research. She simply wished to do as she pleased, and so, left the comfort of her home nest.   Travelling outside a nest, alone, without possessing wupawk is a dangerous pursuit. A group of her friends, concerned, hired a saawkamut known as Laapiy to chase after and bring home the lone researcher.   She would instead join her in her travels, and help found Pokawalan.

Pokawalan is well known as a home to bandit gangs and criminals.   Some simply mind their own business, others demand tribute from citizens in their territory— and some outright delight in keeping the average person on their toes.

As these gangs fight for control of territory, gang wars are an almost daily occurrence, depending on where one lives.   Occasionally, fed up citizens will form their own militias in order to expel particularly cruel gangs— though these tend to become their own gangs in time.

The spellslinger stared into Toqlaay's eyes, reading them as carefully as she would an essay back home. "I can see in your eyes that nothing in this world will dissuade you. Perhaps you've the right idea— back home they don't take kindly to my tastes, why should I return?" Toqlaay blinked in surprise.   "You won't get paid if you return empty handed— or if you don't return at all. Why stay?" Laapiy broke her stare, and began to walk onward along the endless bark before them, speaking as she passed the surprised scholar. "You intrigue me, if it helps, consider this my research." Toqlaay couldn't help but respond with a bemused chuckle, and soon began to follow.

After surviving outside a nest for a month, alternating between walking and having Laapiy carry Toqlaay as she flew, running out of food and having to subsist on rattlebugs, and pushing back an Ootii raiding party, the pair would finally rest upon the spot that would become Pokawalan. Here they would spend the next ten years together, alone, and build the first of many edifices of Pokawalan.   As Laapiy flew between her new home and the nearby Yowan to trade for food and supplies, she would speak highly of her new home when asked. Word got around, and soon— others began to trickle into the camp. Two became three, three became five, ten, thirty, one-hundred— this is when the first platform was constructed, one-thousand— here the great bridge was built, and then, ten thousand. 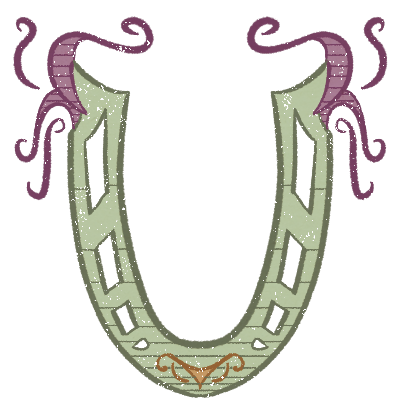 Without governance, Pokawalan soon become home to those it was originally built to avoid. A group of religious extremists— ostracized within their own home— had become quite comfortable in the growing city. So comfortable, in fact, that they began to believe themselves to be its grand authority. When those they deemed "sinners" refused to repent, they began to fight— these battles would last for a year, culminating in an act of unspeakable sabotage.   They cut the supports of the first platform— sending the homes of thousands to the branch below, crushing those beneath. Including Toqlaay. Laapiy would take it upon herself to expel the overzealous group— drawing her gun on those who refused.
The only thing Pokawalan's denizens despise more than an oppressive gang is authority.   On occasion, a government or church will send law enforcement to track down escape bandits— only to find a greater problem.   Citizens join with the bandits they despise just to make sure any authority that sets foot in the city knows their place.

Git outta here! We have a RIGHT t' be oppressed!
— A gun-owning citizen

It was a miracle that none of the great bridge's essential supports had been hit by the rubble— though half of the city was now gone. It would take decades for Pokawalan to be rebuilt, as the disaster dissuaded newcomers for years to come, and saw many of its survivors flee back to their homes. It wasn't until recent years, with the advent of trains, and the line that now passes through the city, that it would truly begin to grow again.

Most of Pokawalan rests upon wooden stilts, as the branch beneath doesn't offer much in the way of flat ground for construction. It consists of three major vertical areas, the bottom— the branch itself, the middle— the great bridge, and the top— the platform. Fewer people reside at the bottom than previously, still shaken by tales of the long-past disaster. The grand majority of Pokawalan is built upon the great bridge— a massive structure that stretches from Umqwam's trunk to the branch across from it. Its varied surfaces are made from a wild mix of woods from around the world, supplied by newcomers and trade from each nest throughout the years. 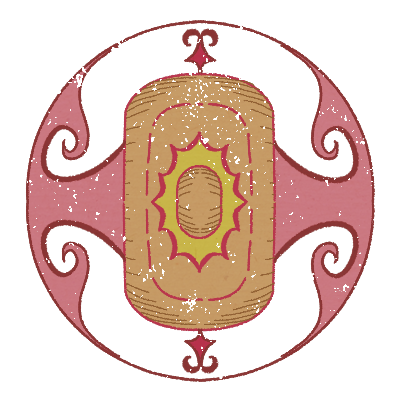 Many spaces are clearly patched over, hiding holes or broken boards which appeared at one point or another. Even the stilts the bridge stands on are bolstered in a slipshod manner by skilled and unskilled carpenters alike— given that there is no authority to dictate who should maintain it or how they should do so.   As a result, deaths and injuries after falling through the floor aren't uncommon occurrences within the city. The platform rests above the great bridge, and is constructed in a similar manner— though given that it is a much newer addition, it is much more stable.

While rain still falls outside of Umqwam's nests— allowing the denizens of Pokawalan to collect and drink this water— nothing naturally grows there. There is no soil for any flora to take root, only bark.   While there are some areas painstakingly filled with dirt and set aside as communal farmland— it simply isn't enough to feed thousands. As such, most of the city relies upon imports to survive. This was more difficult in the days before trains began to pass through the city on their way between Vitaw and Yowan.   However, with many of the city's bandits stealing these imports before they ever reach the citizens— it is still far from ideal.
Settlements

Really fascinating idea for a settlement. I love the quotes peppered throughout - they really bring everything to life.

Thanks! Quotes really help in most long articles like this.