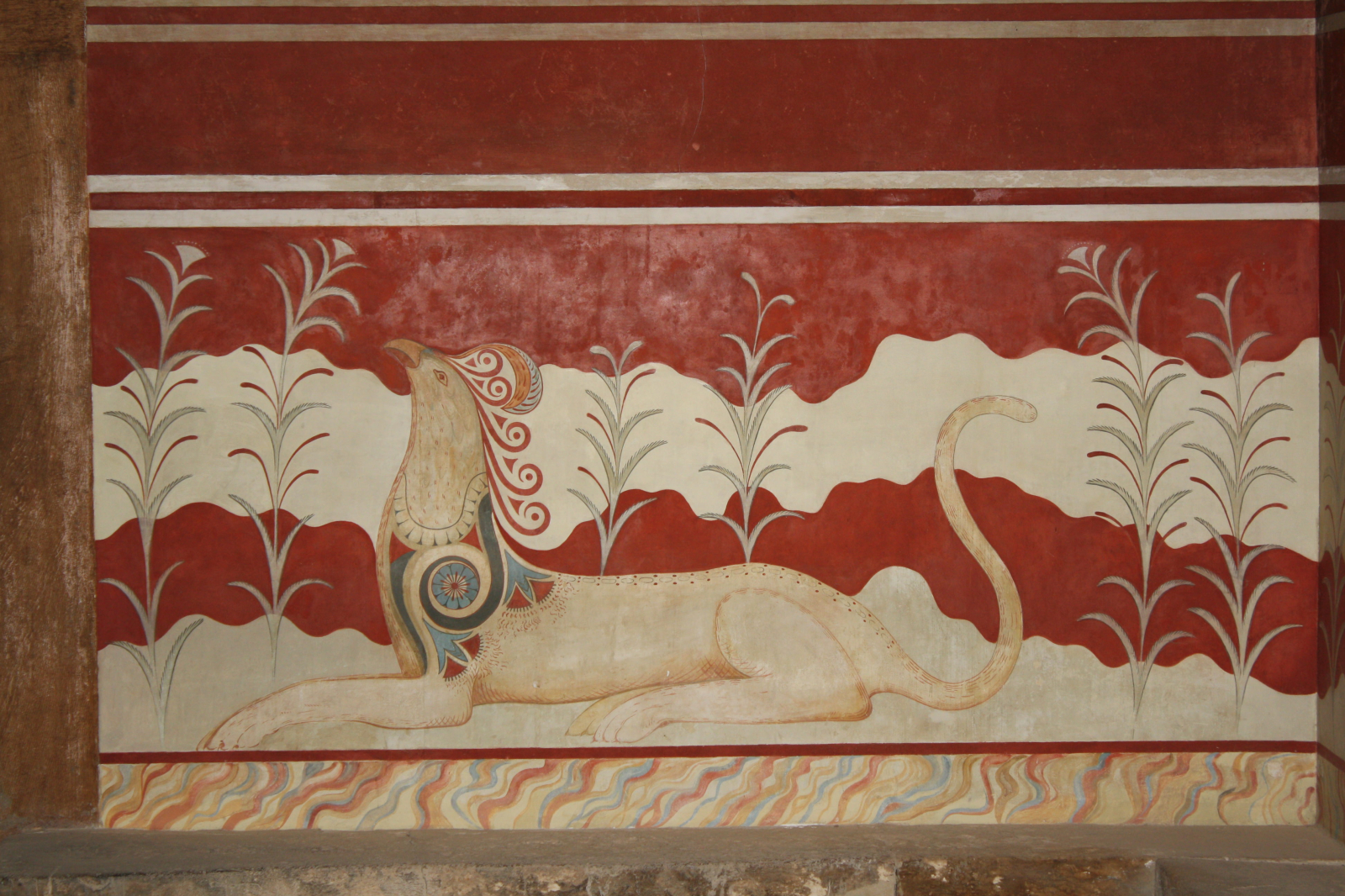 Vantage is the oldest city in Awsranka. Originally settled by Pasiphae and her people in about 200 BCE, Vantage remains an important cultural and spiritual center.

The Grove: this is the oldest district in Vantage. Situated at the base of the center mesa, The Grove is maintained as aholy place, its ancient shrine dedicated to the memory of the old mediterranian gods, and the worship of the new Faruni pantheon. Here, surrounded by ancient olive trees, Druids of the Circle of the Land work, always busy with their duty to manage the land and instruct pilgrims. While it is not enclosed by the City Walls, it does sit in their shadow, and has escaped damage during times of conflict. The faithful attribute this to Phasiphae's watch over the city.

An ancient road making many switchbacks climbs up from the Grove to First Mesa.

Próto trapézi: A Massive fortified Gate looms over the reaod leading up from the Grove. In peacetime, the huge double gates are left open, with only a small guard contigent to secure the gates if needed. First Mesa is densly populated and haevily fortified. The great curtain wall extends north and south from this csntral position, rising above the clifs and dominating the view of Vantage from the river below. The High Palace rises above all else, a replica of the great place of Knosses is it both an adminstrative center and food distribution center.

Agroktina: Agroktina was originally occupied mostly by farmers and associated crafts. Snuggled up against the cliffs of First Mesa, the land worked by these residents filled the grain houses for many years before settelers ever set foot in the winterwheat valley. Fishing was quickly added to the Phastian's efforts, tapping the River's bounty and bringing back thraditional fishing and shipbuilding to the Phastian culture. Once more, the sails of ships could be seen from the Palace on high.

Kato'pofragma: Literally "Below the Dam", this area is famous for it vineyards and orchards. The first dam built to to retain the spring snow melt and precious infrequent rains was built in the coulee on the west side of this district. The southfacing cliffs are a desierable residential area, as it is sheltered from the winter storms, and catches the morning sun. In ths summer, it can be quite hot, but the residents joke that "it's a dry heat."

Eldath's Bench: Seperated from the main city by the river, the streets and business here are always busy. Possibly because this district was sacked so often suring the Orc wars, this district has a very modern vibe. An extensive system of docks and cargo winches line the riverbank here. Warehouses revieve goods from up and down the river, then either ferried across to the main city or sent up the great cargo elevators to the plains above the river canyon. Quite a lot of hospitality businesses have set up here to serve the needsd of travelers and dockworkers.

Neos Boldur: Located on the southmost mesa of Vantage, Neos Boldur is the center of mining and metalurgy for the region. You will notice an amazing amount of dwarven stonework here, and most of the buildings have noticably low ceilings. Dwarves from the Eastern Mountains came and settled here in the mid 5th century CE. They brought with them knowldeg of deep shaft mining techniques and metalurgy quite advanced for the region. Phastians quickly learned how to work the new metals, iron and steel. The original mines played out centuries ago, but the oldest and most reputable metalsmiths are located here.

Naós Pasifáis: Also known as the High Temple district. It is here that the Phastians raised up a huge temple to honor Pasiphae. The Temple complex includes several respecably sized shrines to Faruni gods as well. An area still exists here, holy bulls are lead up the pilgram's path from the grove to the main temple arena. Teams from all over Awsranka via for the honor of dancing with the bulls here. If you can believe it, realestate here is even more pricy than on the First Mesa.

Néos Ampelónas: (Lit. New Vineyard): Like Kato'pofragma, this area is filled with vineyards and orchards. It is also part of the river docks system, mainly shipping downstream and accross the river to Eldath's Bench. Many merchants and those owning businesses related to the River live here.

Vivliothíki: On the smaller mesa, just above the Grove, Hypatia built her library with the scrolls rescued from Alexandria. (Hypatia always joked that her rescue was an accidental inclusion.) This district is still the main concentration of education and philosophy in Vantage. Scholars fo leagues around have come to study here, even a few elves.

South Heights: A fantastic view of the river, and a much lower price point for realestate, have made this neighborhood very attractive to artist and artificier. The cafes number and quality here rival that of the Library district. Of course the vibe here is younger and if less wealthy in gold, rich in imagination.

Vóreio trapézi The most exclusive realestate in Vantage. Merchant princes, high government officials and nobel families keep estates here. Even though it is as densly built as any of the neighborhoods above the fields, behind the stone walls grow gardens and ornimental fountains. The resturants along the cliffs, or on the banks of the resevoir offer some of the finest food found in Vantage.