In the grand scheme of the pantheon of the Circle of Fire, Eldath is rarely mentioned, except as an ally to Silvanus and close friend of Mielikki. Among the beings who consider the worship of the gods a serious matter, Eldathians are generally dismissed as a bunch of unorganized, hippy dippy pacifists. But there's something about the Ryopytav mountains, adorned with countless sparkeling waterfalls, reflected in the still waters of hundreds of alpine and subalpine lakes, birthing place of at least three major river systems. Eldath's presence is strong in these mountains, and her spirit calls to many.

The followers of Eldath have generally been loathe to establish temples or organize a hierarchy. However, Awsranka is still in many ways a frontier, far from its cultural roots. In most Awsrankian cities, Eldath is honored with a temple, and her priests identify as part of the Stillwater sect, practicing a rigid and ultraconservative form of pacifism. This is generally encouraged by the civil authorities. In fact, during his reign, Fornradur the Protector encouraged these temples and made several contributions to their establishment. Thus, the temples of Eldath have prospered as powerbrokers have continued to nurture those who preach unresisting complience to authority.

Most have forgotten that this goddess does not abide in temples made by mortal hands. Eldath herself has not stirred the temples' ritual pools for centuries. But her presence is still felt beside the sparkling mountain waters, for those who remember and honor the old ways.

From stagnant pools to rushing waters

Ailduin Elthana remembers. He leads a small circle of Elven rangers and druids, who are old enough to remember the rule of Fornrandur, and are sensitive to the difference between pacifism and appeasement. All of his circle are Freewalkers: itinerant priests of Eldath who wander the mountains, tend the sacred lakes and waterfalls, and bring peace and healing to those who encounter them. Each has made a painful personal sacrifice while opposing the abuse of the wilds. There are many martyrs honored by this sect.

Ailduin teaches his followers that to be passive is to enable violence. "Be ye innocent as the mountain goat, but cunning as the dragon," Whitewater Meditations 3:12. The Whitewaters council non-violent opposition to evil, but accept that sometimes one must take up arms in defense. It is this doctrine that is condemned by the Stillwater priests. In the settlements Whitewaters are unwelcome; declared heretics by the temple, and terrorists by the civil authorities.

Service flows from a surfit of Joy

Overall, Whitewater priests and druids are more interested in celebrating life than they are in winning theological debates. Far away from "official" disapproval, they nurture the wild places: waterfalls, rushing creeks and rivers, glacial and subalpine lakes - all the wild waters precious to Eldath. Daily meditations emphasize setting one's mind on sources of peace and joy. Even in combat, adherants seek to resolve any incident with the least harm possible, treating fallen foes with gentleness. Whitewaters also keep tabs on the many isolated farmsteads, prospecting camps, and logging operations. They offer healing to all who need it and council on sustainable resource management.

Waterdance, is a boisterous affirmation of life and fellowship. Not fixed to a specific calendar date, this high holy day is generally held in early summer, when the waterfalls are at their most spectacular and the rapids are highest, but the danger of spring flooding is past. All the sect priests, and many of their flock, gather at a sacred cataract deep in the mountains for a week-long revel. Celebrations include demonstrations of skilled whitewater kayaking, copious amounts of beer, and late night songs and stories by campfire. Several rites are popular during this holiday - dedications, oath taking, professing repentance - generally marking experiences and occasions that evoke a sense of needing to be cleansed, or to have distractions washed away.

Joyful is the sound of rushing water. 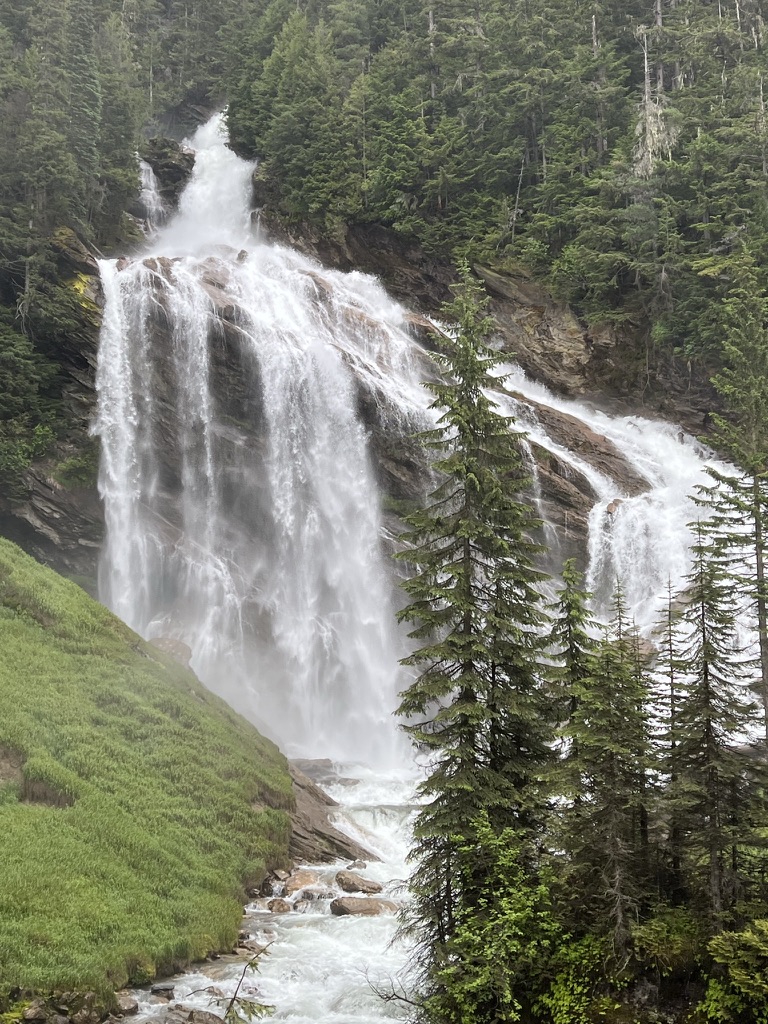