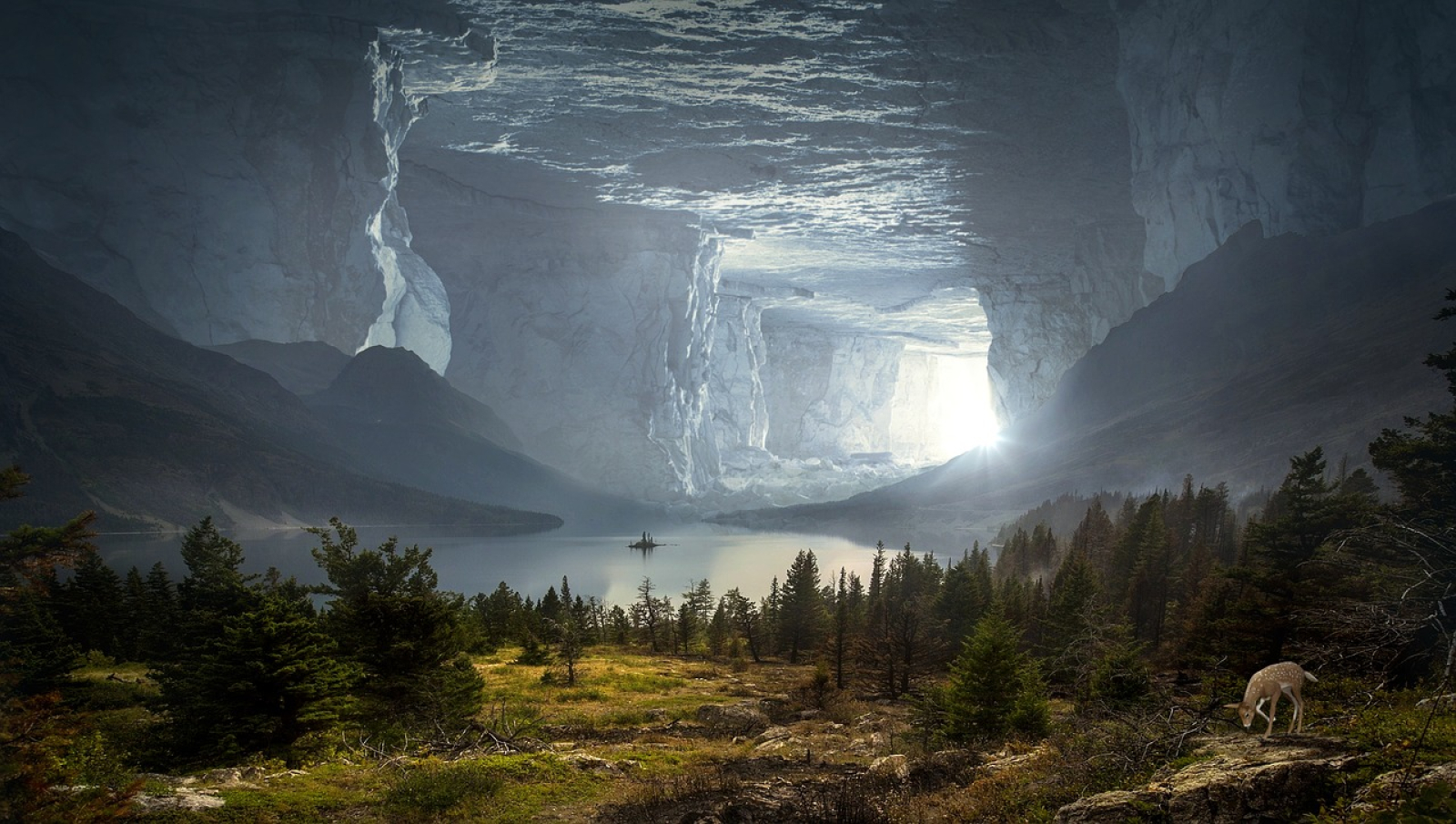 Ryan Hilary
The Orphan World drifts across the "The Great Tapestry", searching for its family. Once it was tethered by spirit tendrils to a nexus of life energy, which some have done the disservice of calling The Ever Tree as if such a thing can be named or known. It is beyond words. To understand it is to become it. To become it is to pay the price of one's selfhood--to attain the infinity that all mortals think they desire, which is in fact their fiercest nightmare.   The top of the Orphan World is a terrestria much like our planet. It has existed billions of years and has seen civilization after civilization come and go. Whole species have lived and died on The Orphan's back, sometimes leaving a physical trace of themselves, sometimes lingering only in the memories of The Orphan itself. Its belly is an inverted mountain of ancient flesh with millions of tentacles that reach out to greet other worlds--to learn from them and feed on their essence so that they too become part of The Orphan's consciousness. They touch the ghosts of whole galaxies.   Surrounding the Orphan World are flat "children-planes," each connected by "runeways", which are largely untraversable by mortals. Only through The Orphan's Mind or the use of powerful magic can a being pass through a runeway and visit demi-planes that are not their own. At certain times of disaster, however, whole societies have found themselves displaced by an anomaly in the Orphan's thinking that thrusts them through one of these pathways. There are many of these "exiles" throughout The Orphan World, and in these stories, you will meet some of them and learn of their journeys and their meandering ways.   The Orphan once had a family--other sentient creatures it called mother and father and sister and brother. They comprised a galaxy around The Ever Tree. It is said, although nobody could possibly know, that at some point a force of entropy and stagnation as vast and powerful as The Ever Tree itself corrupted one of these entities and caused the collapse of the nexus, sending a flock of living planets in flight to find another home. The corrupted creature is known in many cultures as Terminus Nocta, or The Ultimate Night, or The Perfect Zero and it hounds The Orphan endlessly, disturbing its consciousness with a fear and sorrow and hatred that spills across The Terrestria, corrupting reality, and heaping disaster on disaster. In this way The Terminus enters The Orphan's mind.   Still, the planet endures. As the civilizations that make their home on The Orphan evolve and struggle, so too does the Orphan. As they learn and journey the Orphan cuts its own path and comes to its own wisdom. And the people speak to The Orphan and the Orphan to the people. And life has not yet ended, despite the Terminus Nocta.   In the following pages, you will learn about a few corners of The Orphan World. Much is speculation. Much remains vague--sometimes intentionally so. The setting is more of a cosmos, bound haphazardly by certain ideas, tropes, and recurring entities than it is a coherent, single setting. It's a hall of mirrors, reality reflecting, refracting, and sometimes distorting reality. There is a theme to it, however, a strange order if you look hard enough. Ultimately, whether you believe what is written to be fact, or take it as allegory, you should be aware that it is all a tale told by a madman. That is well. No sane person could ever write with any accuracy about The Orphan World.
Tweet

The Orphan World Cosmos began as a homebrew setting for Dungeons and Dragons, and although I now use it as inspiration for most of my fiction, it remains at heart a "gamer's" Phantasia. Much of the content throughout the codex contains rules and stat blocks specific to the Fifth Edition of Dungeons and Dragons, but I have done my best to present the information in such a way that it might be translated into other systems--this is certainly true of the maps and adventure seeds. In the future I plan to supplement the DnD aspects with rules for other systems, possibly those in the OSR genre. My hope is that interested DMs might click on any entry and find ready-to-go content. I also intend some of the public campaign plot entries to serve as complete adventure modules. I've just begun this endeavor, so bear with the scant entries currently available. Thanks for giving me the opportunity to share my dreams and nightmares. And feel free to reach out with comments or suggestions: at [email protected]

The Orphan World Cosmos has 3 Followers

The Canticles of Orca