Disclaimer: It is helpful to read about Wall Ball before reading this, since info given there is not explained again here.

It is the finals of the Wall Ball school league. We are the only ones who use the aggressive strategy only, which makes us vulnerable to fast balls and teams that are focused on one hole. But I don't think that the other team can realistically beat us. Ka'an and me are just too good of a back line.
— Me in my youth diary

As far as I could tell, no team ever crushed the school league as hard as we did. We, the Sunset Catchers, did not lose a single game in the last 2 years, not even in the 'best of 3' finals. But this final was different. The Breaking Rocks were prepared in their very own way...

The Breaking Rocks were seemingly training in the school gym. But in reality they already knew they didn't stand a chance. They are a team that is extremely weak against the fast paced game that we were playing. So they prepared something else:
When nobody was checking in on them they installed a few explosive materials inside the upper holes of the field. They knew that our best scorers, Mogmog and Toda, often went really close to the upper holes, even hanging from the ceiling sometimes. And they also knew that especially Mogmog perfected the art of manual heat waves.

I had known before that our rivalry was pretty harsh but I never expected this much hatred from a fellow magmer.

The moment of Notice

We were playing our game in the prepared school gym. The Breaking Rocks started with the ball on their side, keeping the ball low for a minute or two. When we realized that, we thought that they may be caught unaware by a high ball. So I signaled Ata with a quick quake to step away from the next ball and then gave a really good pass into the hole for Mogmog.

He was about to hit the ball. He sent it flying at super high speed, catching it perfectly in a heat wave, even giving it a pretty hard spin towards the opposite edge of the enemy field side. But the Breaking Rocks didn't even try to defend when Mogmog flew back in a big, fiery explosion. The roof of the gym slightly opened. The viewers, sitting behind the half-transparent walls, were shouting out, standing up and evacuating the building.
Everybody suspected that Mogmog had done something. But it wasn't him. And we knew that. He has an extreme control over the heat that he casts. Bad thing: the referee didn't know.

The conflict heated up when everybody ran and shouted at each other; including the referee, who just entered the room from outside the semitransparent walls of the viewers' area. I kept myself out of the fight. But I noticed that Mogmog was wounded. I helped him standing up, signaled the referee that we were going, and brought him to a medic next door.

Using a truth serum to get all the info out of both our and the enemy team including the still wounded Mogmog, the Government listened to the perspectives of all the players on the 1st of Summer, 2 days after the incident. I was sad to hear that some of my team members actually thought that Mogmog might have caused that on accident himself. I knew it couldn't be the case all the time.
But then, when the Breaking Rocks were consulted, they revealed the truth. On the 2nd of Summer, the conflict was already done and over, with the Breaking Rocks having to repair the gym roof and us getting the win over them for free.

To be perfectly honest: It was a free win anyway. 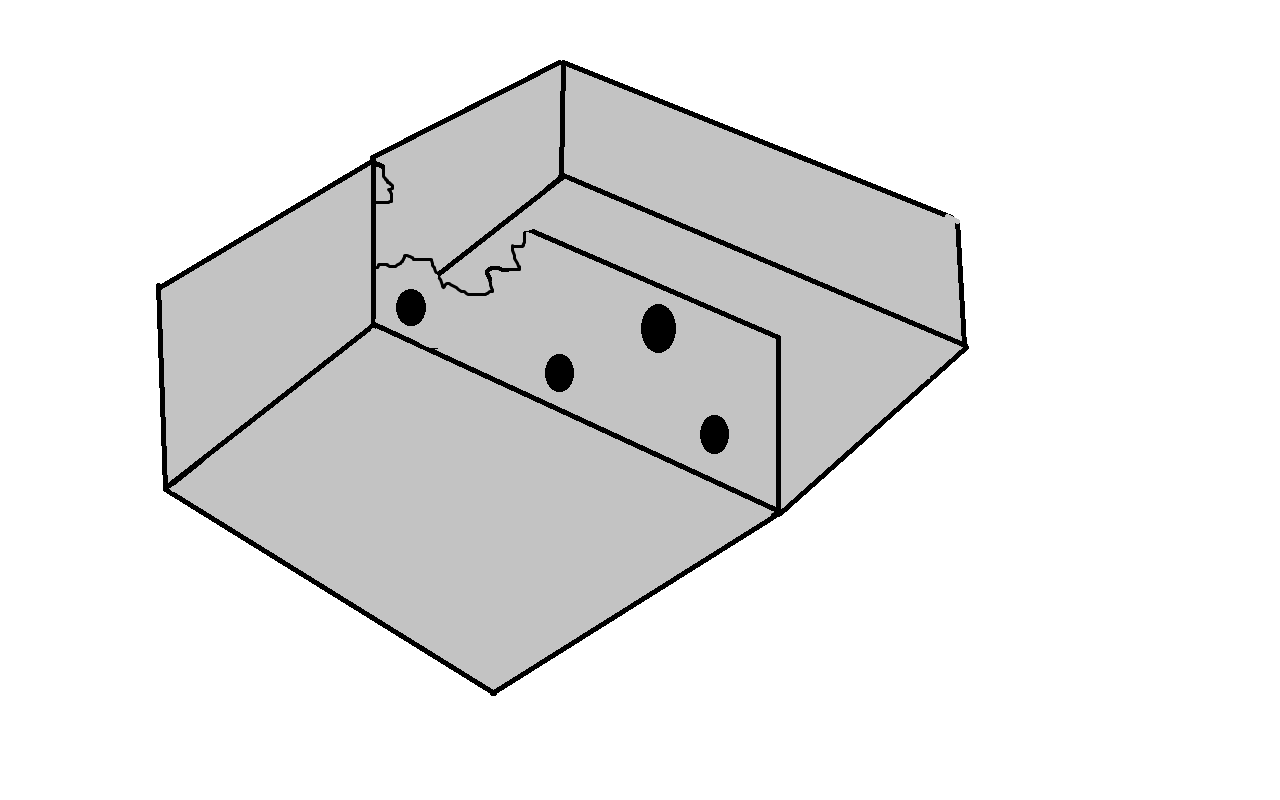 The image shows a scribble of the gym's middle wall after the explosion. The roof had a hole of similar size.
Conflict Type
Skirmish
Start Date
89th of Spring, 992
Ending Date
2nd of Summer, 992

Ooh Wall ball, that's a new one! Maybe use a quote or alert for your disclaimer (makes it look sexy). Game makes me think of deadly dodgeball, haha.

Well, it's rather the other way around (you gotta get the ball and not dodge it), besides the fact that it isn't actually that dangerous because of the hard magmer anatomy xD

I think that's the first article I've seen written from the first person, so far! Neat!   You could probably do a pass on cutting down on some commas, and this sentence looks weird "that Mogmog might be have done that on accident himself." 'might be have done' I assume is supposed to look different?

^ Criticism wise, there are a few rogue commas (particularly ahead of the word 'that'). However, a very interesting spin on the War prompt, which is approve of heartily!

A very unique approach to the prompt! It was a juvenile conflict, but entertaining nonetheless! Well done!