Hey, welcome back. Mind coming here a second? I want to tell you about one of the oldest entites in the realms. Piqued your interest now? Come have a seat, and I will tell you about the Guardian of Darkess
— SAGE

Contrary to popular belief, The Guardian of Light and Darkness, or just Guardian of Darkness for short, is not exactly *dark*. His role is quite possibly the most important of the 3 Ancient Guardians with his main role being to maintain the balance between the primordial and elemental forces. Codename: DARK, is the eldest of the 3 Guardians, . Damien was said to have been created by Phoenix during the Guardian Project. But something seems to be hiding within the eldest guardian's past. For one, he seems to have the tendency to zone out as if he's focusing on something inward. He also does not seem to recall anything that happened before the middle of age 4. He also seems to have entirely forgotten what he was originally working towards as the puppetmaster. The Guardian of Darkness can usually be found in his lab if hes not helping Kizuna AI and her sibilings with something.

While Damien is technically a pure energy being at heart, he usually keeps a humanoid form. As a humanoid Damien is usually found to have blonde hair kept hair. Damien's choice of attire is usually a dark lab coat over a white collared shirt with a purple tie, while wearing dark dress pants. Damien also usually is wearing what seems to be a typical timepiece on his wrist.

Damien's personality could be described best as Enigmatic. Originally Designed by the ancients as a Cold Unfeeling Program with the singular purpose being to keep the forces of reality in balance, After the █████ █████ incident he evolved well past that design. The once unfeeling subroutine became fully sentient and gained one of the greatest gifts you can be given. The ability to feel and think for yourself. Even so its hard to determine what this ancient guardian is thinking. Especially since he seems to be focusing inward more than outward. He has a tendency of spacing out, almost as if hes conversing with something within his headspace. Despite the fact he may space out a lot though, Damien has proven himself to be quite reliable, always looking for ways to help and protect those he cares about. It has been observed that its relatively difficult to upset Damien. Arguably the only way to get on his bad side would be to threaten the safety of those he cares deeply about.

Damien is quite possibly one of the smartest entities in the metaverse as a whole. Holding a position as one of the chairmen of The Collective for Scientific Advancement his intellect even rivals the Ancients at times. Damien holds a PHD in nearly every subject in existence and has a knack for absorbing knowledge like a sponge. Even in subjects hes not familair with he has been shown to be a really quick learner, able to pick up nearly every subject and obtain a mastery of it within a day or two, if not even less time. His main fields of study at the CSA is particle physics and Technoalchemy, two fields that are insanely difficult to master. He has also been shown to have a near complete mastery of the primal aspects, able to cast spells based in all 26 aspects. Damien is a scientist and inventor at heart, having a hand in nearly every design The Collective created since the fall of █████ █████.

Damien has had a hand in almost every project The Collective has worked on. One of the most well known projects would be the GK project, which was directly or indirectly responsible for all GK tier weaponry that exists in the metaverse. After the fall of ███ █ ██████, Damien used his particle expertise to help breath life in Kizuna AI and her sibilings, resurrecting them as Pariticle Based SIs. Around year 1000 of the 5th age, Damien improved upon the project they were a part of, increasing their abilites exponentially and stabilizing their powers so they were no longer stuck unable to leave the 205X realm system series.

It is not entirely clear what drives this ancient guardian. Some would say its his thirst for knowledge, others posit its his drive to evolve beyond his original design. If you ask him yourself though, you would get a much different answer. The bonds he shares and the people he cares about are what he will tell you motivates him the most. The Pariticle Based SI he helped breath new life into matter to him more than anyone or anything else in existence. Damien has lived through the collapse and rebirth of realms an uncountable amount of times. And while that may serve to sap motivation and sanity for others, it has only served to motivate him even more.

Damien has always been an enigmatic individual, rarely revealing his goals to anyone and keeping his cards close to his chest. There was however a quote he has been recorded to say

there is nothing more important than Their wellbeing. I would move heaven earth and everything in between to keep them safe.
— Damien

While its not unusual to have that feelifng for those you care about, there is another thing that is said to motivate him almost as much if not even more. Another quote he has been heard to say hints at its nature:

Perhaps one day, no one would have to worry about everything falling apart around them because of our past mistakes.
— Damien

Very litle is known about the past mistakes Damien has made, since almost every project he worked on is highly classifed. What we have been able to learn from redacted documents have somthing to do with accidentally turning someone into a ticking reality bomb, and accidentally collapsing an old realm. The details of these events however are sadly redacted from any document we have been able to recover. Some say that those aren't even his greatest mistakes however. But what could be worse than collapsing a realm?

Not many know this anceint Guardians past. Most people you ask will just say he has been around longer than they have been. Yet even if you ask him to tell you his history himself, he will politely inform you that even he doesn't know his past. The fact that even he himself doesn't know his own past, begs to question what it was, and what made it so crucial that even Damien himself be hidden from his own past. I will say there is a very good chance That girlfriend of his has something to do with it. 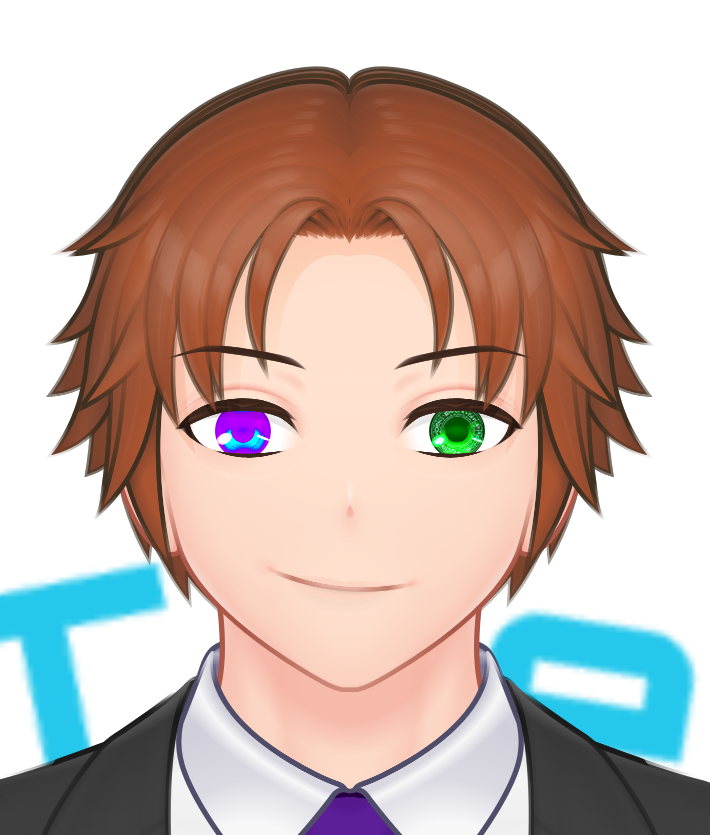 This character data dump has been catalogued and analyzed by the MDA from a objective standpoint.