Over the centuries countless tales have been told by delvers and cavern raiders about what lies at the very bottom of the great sea of mists. Time and time again fantastical stories have returned with those explorers who dared descend into those deeper places. Venturing into the furthest recess, into the humid jungles of The Sapphire Pillars, bizarre chalices that overflow with pristine turquoise waters dwarf any other plant seen on the world above. But what lies beneath? Many have herd tell of an entire new world unlike any other, the tideless expanse. It is here where the light of the mist seas finally relents and dissolved into the inky darkness of the underworld.

This mysterious ecological landscape gives a striking sensation of wonder, yet despite its beauty it is equally an eerie and frightening place. Mimicking the ebb and flow of the ocean itself, the otherworldly topography of the Tideless Expanse is the ancient remnant of a vast primordial ocean bed. When the Creator god, Folurne made the new world above, the ancient oceans of the primordial worlds that came before were cast aside, buried in the deepest bowls of the world to be forgotten. It's waters long since drained away, life here evolved and adapted, and where most dried up, becoming dust and sand the Tideless expanse blossomed. Peculiar alien life forms appear in its depths, far stranger and more unusual that anything else found in the underworld if such stories are to be believed. 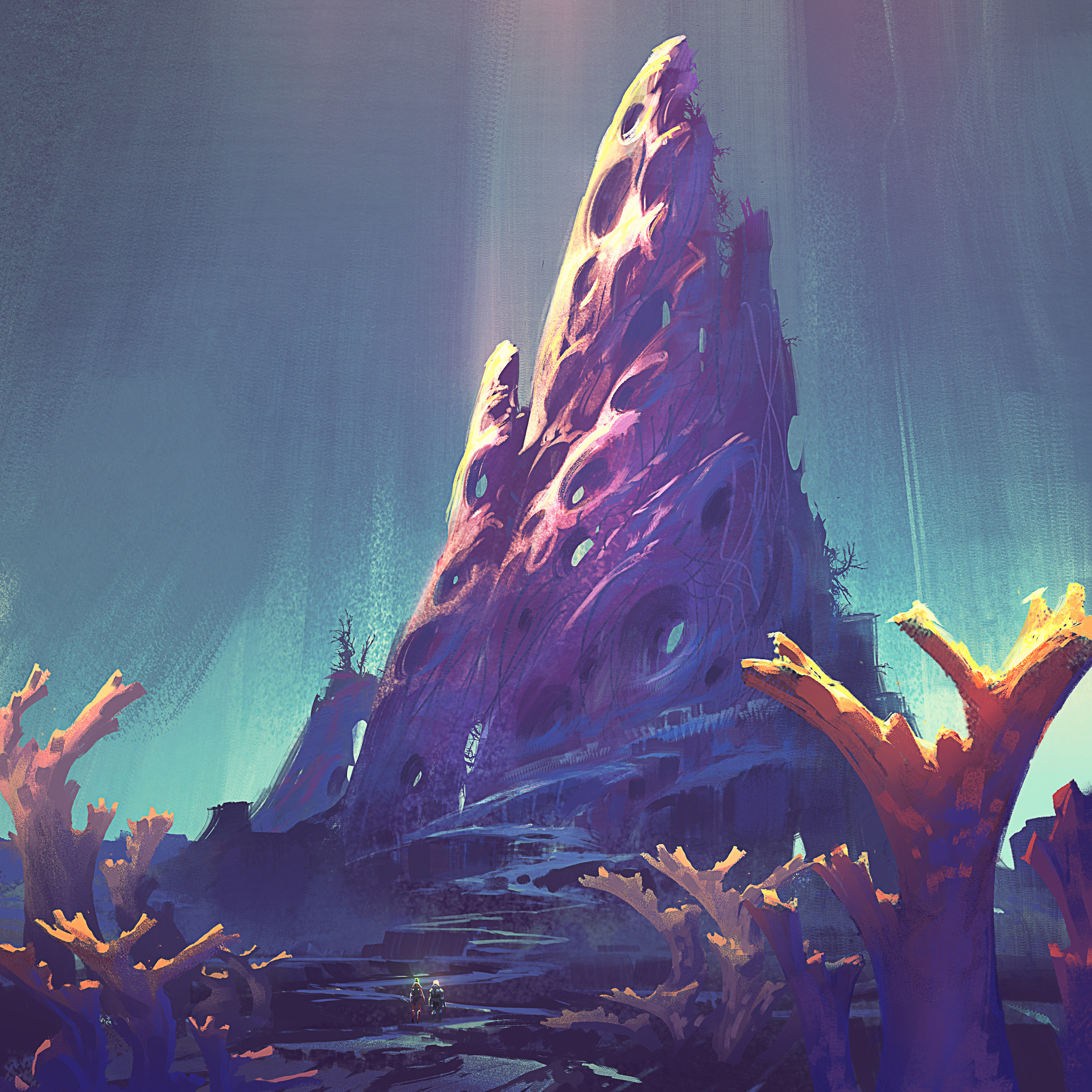 by grady-frederick
Amongst the myriad of strange and unusual organisms that dwell down here, there are ruminations among those that return of a sleepless malice lurking in its depths whose presence has remained hidden for millennia… 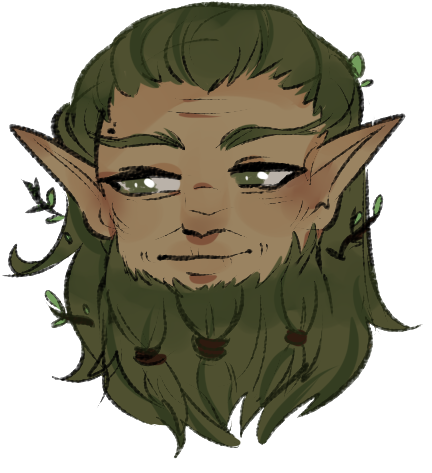 I had the vaguest recollection I had seen this all once before, but this was the first time my eyes had laid upon it. Like a half remembered dream that was not my own, from a time long forgotten. The ocean that once was? Yes, perhaps that was it?
— Resperin, the wayward druid.

The Tideless expanse is found in a deep trench at the very bottom of The Sea of Mists, it is a dangerous and beautiful region unlike anything else seen on Evalaw. The most striking feature of the tideless expanse are the vibrant colossal reefs and towering coral forests found throughout the endless darkness. Unlike anything seen in the oceans on the world above this miraculous place is the only known dry reef known to have been discovered on Evalaw, with high peaks, great gullies and steep cliffs roughly cascading down from the mist sea high above. Countless tremors and earthquakes have reshaped the region over the course of the centuries opening up mysterious caves in the deepest parts, and carving great hollows for tide pools, where the waters that cascade down from The Sapphire Pillars above collect and give life. Like much in these depths, these caves and bodies of water are filled with strange bioluminescent plants and organisms due to the darkness right at the bottom recesses of the expanse. 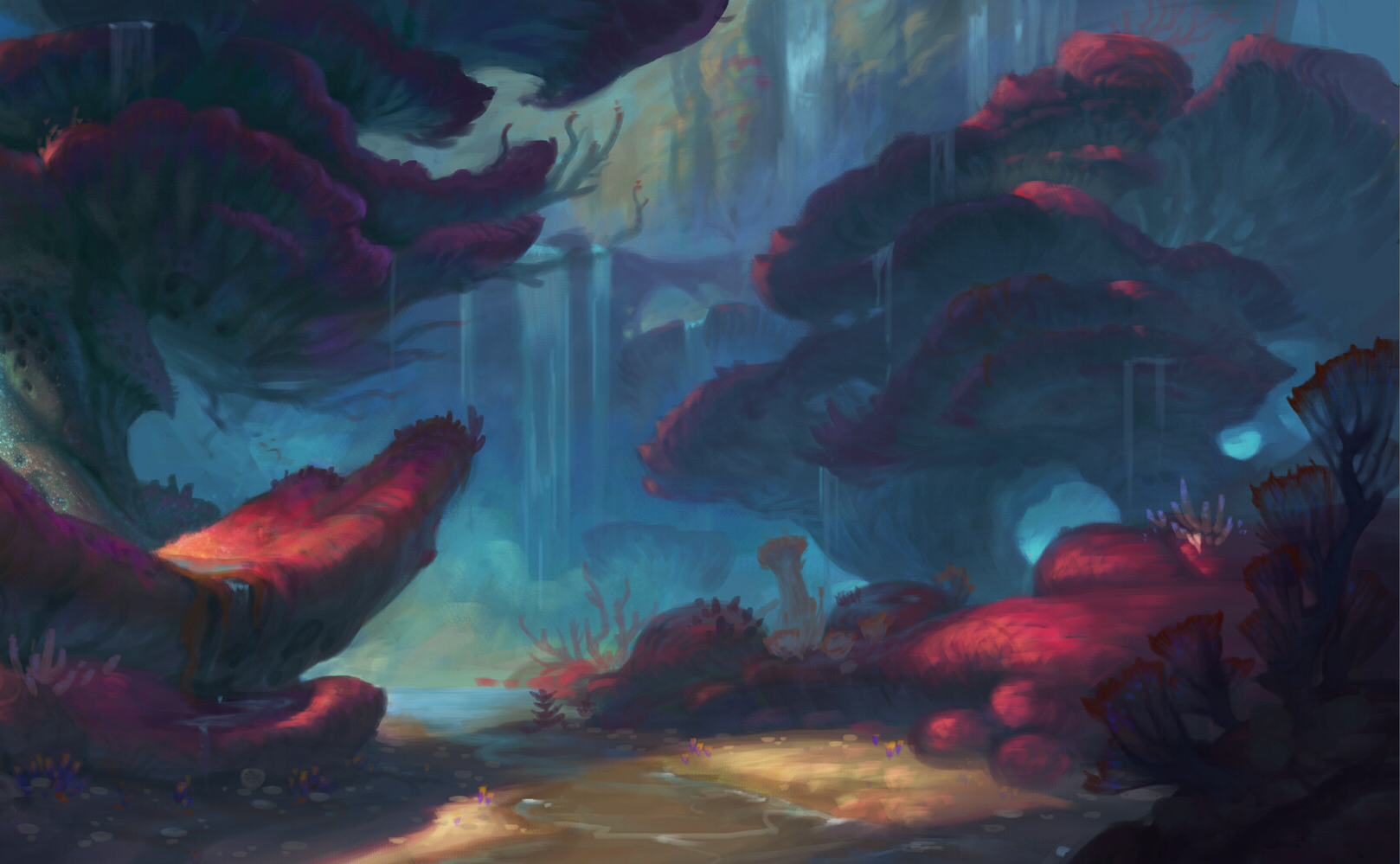 by gabe-gonzalez
A colourful mixture of soft corals and older hard corals, as the corals bloom they grow soft as they release extremely buoyant eggs in their millions into the air. The corals found in the higher parts of the expanse noticeably begin to decay, having grown away from their life source they start to crystallise and harden, distinctly fading in colour right on the top. Strong wind currents come descend down into the tideless expanse from The Sea of Mists high above, affecting how life has developed in the region. The atmosphere in these depths is noticeably denser, allowing many organisms to floats adrift aimlessly, and carried off by the winds. Coral eggs are commonly seen float up on these wind currents, spreading throughout the tideless expanse, where they have become an essential part of the food chain.
Alternative Name(s)
The Ocean That Once Was.
Location under
The Sea of Mists
Inhabiting Species 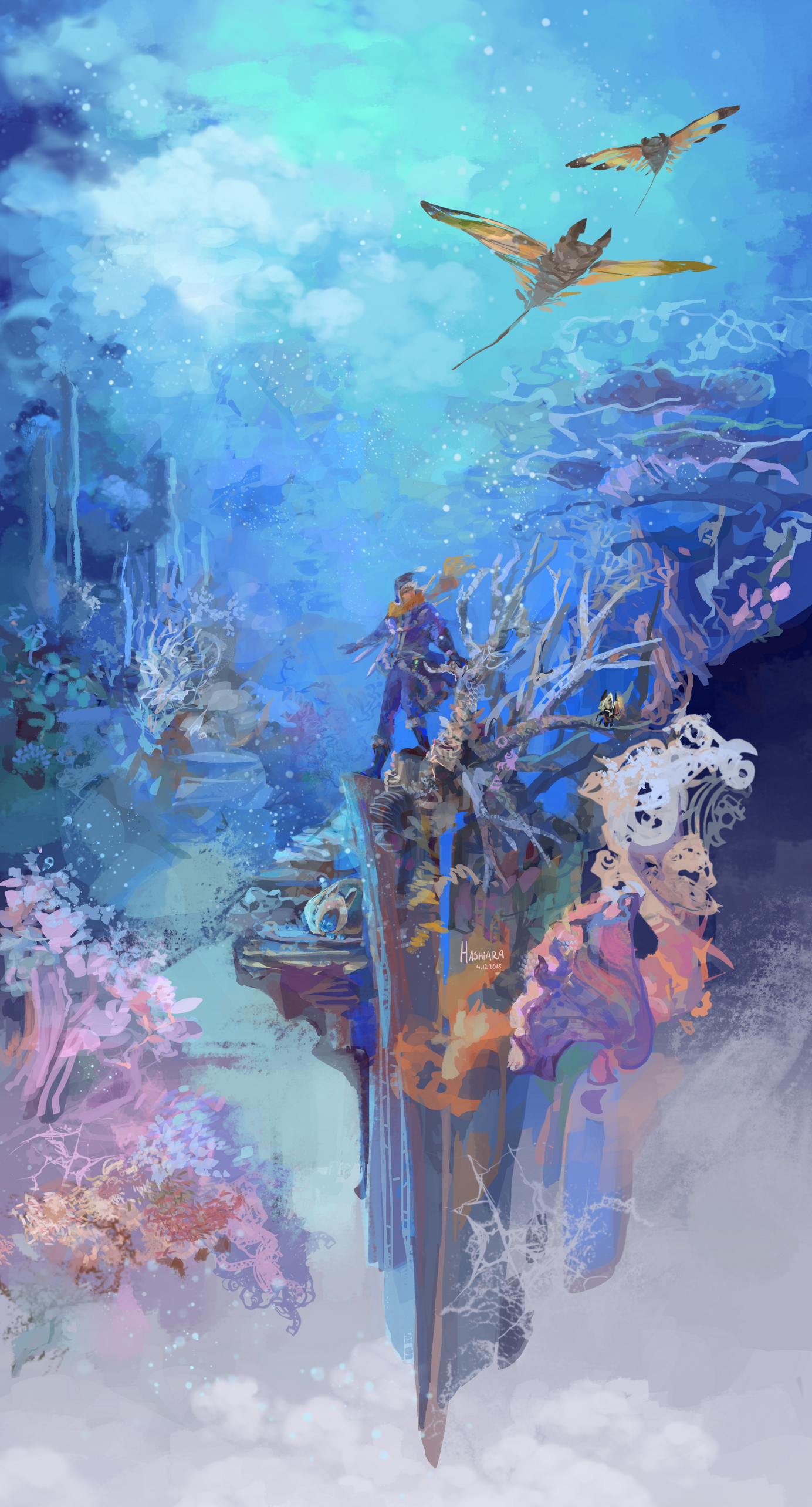 Over more recent decades where expeditions have made it down into the tideless expanse, a number of theories have arose by scholars studying this strange phenomena.

A lot of inspiration for the Tidless Expanse was drawn from the Coral Highlands in Monster Hunter World. I wanted a place to put some of the more unusual aquatic creatures in the underworld.